An Irish family has won an appeal in the highest ecclesiastical court in Britain to have an inscription in Irish on their mother's grave.

A decision by a judge in a lower court had ruled Margaret Keane's inscription must carry an English translation, in case passersby thought the Irish message was a political slogan.

The decision was overturned in a ruling this evening in the Court of Arches, the highest appeal court in the Church of England.

The way has been cleared for the words "in ár gcroíthe go deo" - meaning "in our hearts forever" - to be written on a gravestone.

However, parish records must record the English translation.

'Mum was very proud of her Irishness'

It is getting on for three years since Margaret passed away, but her grave at "The Meadow" - a new annex to the older churchyard of St Giles, in the village of Exhall in Coventry - is still marked by a wooden cross.

Initially accepted by the local parish council, the headstone proposal was sent back by a judge of the ecclesiastical court for the diocese, Stephen Eyre QC, Chancellor of the Diocese of Coventry, who ruled that the headstone would have to carry an English translation because it might be regarded as a political slogan, given what he called the "passions and feelings associated with the use of Irish Gaelic".

"We want the headstone that we can go down to and remember mum by the words that were chosen for her."

A local resident for 50 years, Margaret worked as a dinner lady in the local school for 26 years, and was a stalwart of the GAA in Coventry and the country of Warwickshire.

She received a President's International Award at a ceremony in Croke Park in 2017.

Her husband, Bernie, was a former Provincial president of the GAA in Britain, and was a noted hurler.

He and the family wanted Margaret's memorial to reflect what was important to her, and them, and the community she served: A Celtic Cross, the GAA logo, and the inscription in Irish. 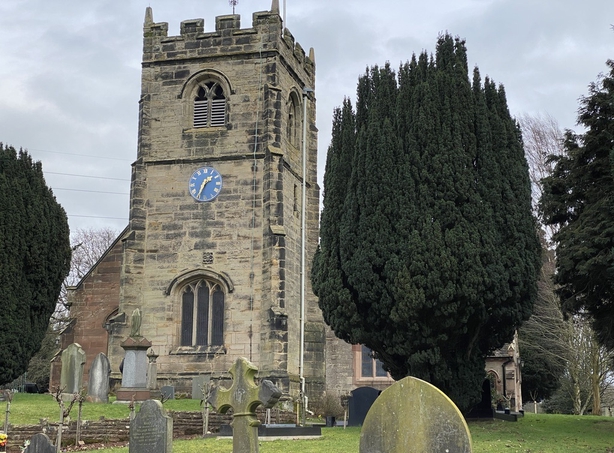 At the family home on Vicarage Lane, her son Vincent told me his parents met at the local Roger Casements GAA club: "That's how it all started, and Mum became involved with the club, under aged teams first, used to ferry lads back and forth, then got involved in all parts of the club - secretary, minutes of meetings, buffets and parties - mum was always there.

"Then when Pairc na hÉireann opened, her and four friends did the catering over there too. Mum was very proud of her Irishness, and brought us all up to be Irish, with the girls dancing and me and my brothers playing football. That's why we wanted the GAA crest and the words "in ár gcroíthe go deo" on the headstone".

I asked him how the neighbours in this village feel about the situation: "There is not a problem," he said.

"Everyone you speak too, even down to St Giles church, everyone is full of praise for mum. She worked 26 years in the local school, so even people my age knew her, and they all say the same - this is wrong, why can't your mum just have what she wants."

A social media campaign to support the appeal attracted widespread attention. "It's been very humbling, all the people around the world saying mum should get what she deserves. It's been absolutely mind-blowing, we never envisaged it would get to where it is now.

"All over the world people have been contacting us to say how wrong it is.

"To lose mum was a shock, but we can’t get past the grieving process going down to the grave and just having a wooden cross to look at. We want the headstone that we can go down to and remember mum by the words that were chosen for her."

Margaret was a Roman Catholic, but the church of England Churchyard of St Giles and "the Meadow" is the local graveyard for residents of her village.

It is owned and managed by the church, but church property is subject to oversight and rulings by the ecclesiastical courts, which are independent of the Church and which operate under the authority of an Act of Parliament.

Dating from medieval times, when they were set up by the Pope to control the Bishops - immensely powerful figures in the medieval world - today the ecclesiastical courts in England exist chiefly to deal with disciplinary matters involving clergy, and issues concerning church property.

It is a complex arrangement, borne of the unification of church and state after the reformation.

That is why this matter was the subject of a court case fought out by top drawer barristers, and not something that was settled by a quiet word from the local Bishop (or indeed the Archbishop of Canterbury).

For the Church itself appeared to be on the side of the Keane family. The chief of staff of the Archbishop of Canterbury intervened in the case and spoke in favour of the family's wish to have the inscription in Irish only.

Lambeth Palace picked up the cost of holding the court case, though not the costs of the plaintiff's lawyers; fortunately for the family, they gave their services pro-bono, otherwise the case, with its High court-like cost levels, would be beyond the family's means.

The case for an Irish language-only inscription was strongly backed by the Church of Ireland Bishop of Cashel, Ossory and Ferns, Michael Burrows, who wrote to the Archbishop of Canterbury about the case.

And the vicar of the Church of St Giles, the Reverend Gail Philip, was very supportive of the family, even opening the church grounds on Monday night to allow them to project a candle and the words "Message for Margaret" onto the church bell tower - part of a very successful social media campaign to draw attention to the case.

I met Rev. Philip (or Reverend Gail as she is known) yesterday, having asked Vincent Keane to introduce us. She thought it best not to do an interview on the eve of a court case. But she and Vincent clearly get on well together, and the Keane family have nothing but praise for Reverend Gail.

She gave us permission to film in the churchyard, but asked that we do not film the inscriptions on gravestones without permission from the families concerned.

Today two of Vincent's sisters, Bernadette Martin and Caroline Newey were in London, attending the sitting of the Court of Arches of the Province of Canterbury, the highest appeal court of the Church of England, where a panel of three judges, headed by the Dean of Arches Morag Ellis QC, (a senior barrister specialising in planning matters) heard a detailed appeal from barristers representing the family and the London branch of Conradh na Gaeilge.

Covid restrictions meant only two could attend from the family. The rest watched on a zoom link. The presiding judge said it was "miraculous" that everyone could get together in the socially distanced court-in-a-church to hold the case (before reminding them to wear masks when not speaking, and use their hand sanitisers).

The case was held in the historic church of St Mary-le-Bow in Cheapside.

London folklore has it that to be a real Londoner, you have to be born within earshot of the "Bow bells".

And the case itself, in a small way, might make history too, as the ruling could have wider effect for others seeking to have non-English language inscriptions in Church of England administered graveyards.

Judge Ellis, who also advises the Welsh government on planning matters, noted that the status of the Irish language in Northern Ireland was similar to that of Welsh in Wales, and was well versed in the constitutional status of the language in Ireland, adding all the judges found the written submission from Conradh na Gaeilge to be most helpful.

That reference to Welsh is notable, as supporters of the family have said there are five headstones in St Giles that carry Welsh language inscriptions without English translations, as well as some in Hebrew and Latin.

During my brief visit to the churchyard I spotted one Welsh-only inscription on a headstone from within the past 20 years.

Ms Gallagher is a leading member of Doughty Street Chambers, a firm of barristers specialising in human rights' cases. Among other QCs in the firm is Amal Clooney, wife of actor George Clooney.

Ms Gallagher, a graduate of UCD, Kings Inns and Cambridge, has previously acted for bereaved families in the 7/7 terrorist bombings of London, and the Hillsborough football disaster.

She has a particular expertise in freedom of expression cases, acting for media organisations in the inquests into the deaths of Alexander Litvinenko and Gareth Williams (the GCHQ spy agency employee found dead in a holdall), ensuring that these hearings were open to public scrutiny and could be freely reported.

Among the points she made to the court, the Irish language inscription was not questioned by anyone except the judge in the lower court, Stephen Eyre QC; and when Queen Elizabeth, defender of the faith and head of the Church of England, made a speech in Dublin Castle in 2011, her opening words were in Irish.

Ms Gallagher also made a point to the court that the family made to me as well; if Margaret, a quiet and modest woman typical of that 50s emigrant generation, were still alive, she would be deeply embarrassed to be at the centre of an international media campaign and a court case in a historic London church in which the Queen of England, the President of Ireland, the Archbishop of Canterbury, and numerous learned law lords and judges were cited.

All over five words as Gaeilge. 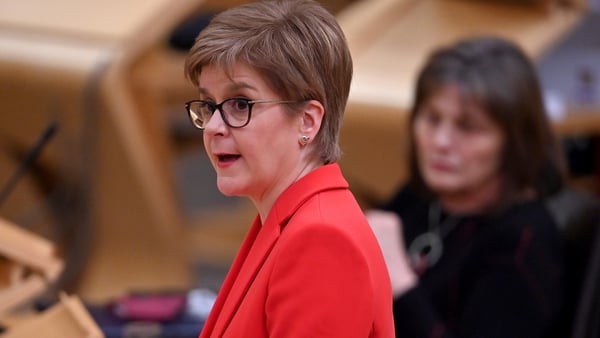