Electricity credits for all households totalling €600 and a double Child Benefit payment for November are among the measures announced in Budget 2023.

The Budget measures also include a €12 increase to core social welfare payments, the price of diesel and petrol will remain static and the entry point for paying the higher 40% income tax rate is to increase by €3,200 to €40,000 a year.

As he delivered his Budget speech in the Dáil, Minister for Finance Paschal Donohoe said that Budget 2023 is and must be, a "cost-of-living budget", focused on helping individuals, families and businesses to deal with rising prices.

Mr Donohoe said that unforeseen risks and challenges - including Brexit, Covid and the war in Ukraine - are becoming more frequent in their occurrence and more severe in their impact.

"As one of the most open economies in the world, we benefit when things are going well internationally, but when they reverse, we are also one of the most exposed," he said.

He said that headline inflation in Ireland is now running at highs not seen in many decades.

The Department of Finance has updated its forecasts to headline inflation of 8.5% for 2022, and just over 7% for 2023, the Minister said.

The Department of Finance forecasts inflation of 8.5% of 2022 and 'just over 7%' for 2023, Minister for Finance Paschal Donohoe has said | Follow live updates: https://t.co/jCVQKngf5n pic.twitter.com/kyKSSceIPQ

Mr Donohoe's address was followed by a speech from Minister for Public Expenditure and Reform Michael McGrath.

Electricity credits totalling €600 to be paid to all households

Mr McGrath confirmed that electricity credits for all households totalling €600 will be paid in three instalments of €200.

Delivering his Budget speech, Mr McGrath said the first payment will be made before Christmas, with two further instalments in the New Year.

All households will receive electricity credits totalling €600, to be paid in three instalments of €200, Minister for Public Expenditure Michael McGrath has said.

The first payment will be made before Christmas | Follow live updates: https://t.co/jCVQKngf5n pic.twitter.com/RM8jAFF1Aq

To provide further assistance with energy bills to the most vulnerable, he also said that - as well as the normal weekly fuel allowance payment - a lump sum of €400 will be made before Christmas to recipients of that support.

For those in receipt of a weekly social welfare payment, a once-off double week "Cost of Living Support" payment will be made to all qualifying social protection recipients.

The normal 'Christmas bonus' will be paid in early December, added Mr McGrath.

Core social welfare payments are to increase by €12 per week with proportionate increases for qualified adults.

To support low-income working households, an additional payment of €500 to those in receipt of the Working Family Payment will be paid in November.

Also in November, a double Child Benefit payment will be made to all qualifying households - this is worth €140 per child in addition to the normal monthly payment.

To acknowledge the additional costs that carers are incurring at this time, a payment of €500 will be made to those who qualify for the Carer's Support Grant in November.

Minister Michael McGrath has said there will be free school books for all pupils in recognised primary schools within the Free Education Scheme from September next year #Budget2023 | Follow live updates: https://t.co/8iKtGllE2l pic.twitter.com/YIDarqfSBk

Mr Donohoe said that the price of petrol and diesel will not go up at the pumps after today's Budget.

He said that the rate per tonne of carbon dioxide emitted for petrol and diesel will go up from €41 to €48.50 from 12 October.

This will mean that there will be an increase of just over 2c - VAT inclusive - per litre of petrol and diesel.

But the Minister said he recognises the sharp cost of living challenges currently being faced by people, so the Government is proposing to offset this carbon tax increase with a reduction to zero of the National Oil Reserves Agency (NORA) levy.

Mr McGrath announced funding to support a reduction in the cost of childcare.

The scheme will fund a reduction of up to 25% in the weekly fee for those availing of the National Childcare Scheme.

Budget 2023 will extend the provision of free GP care to more than 400,000 people with a commitment to extend the scheme to children aged 6 and 7 later this year.

The Budget also expands free contraception currently available to women aged 17 to 25, to those aged from 16 to 30 years. 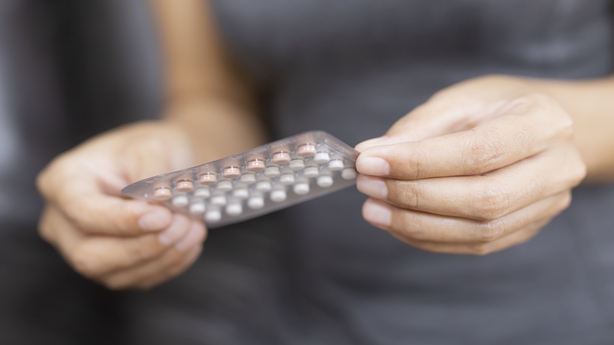 For the first time, it also provides supports in relation to access to IVF treatment; expanding women's health hubs; and providing additional funding for screening and other women's health services.

Mr Donohoe announced an income tax package to the value of over €1.1bn.

The standard rate cut off point will be increased by €3,200 to €40,000, with proportionate increases for married couples and civil partners.

The main tax credits, including Personal, Employee and Earned Income Credit, will also increase by €75.

Speaking on RTÉ's Nine O'Clock News, Taoiseach Micheál Martin said: "We have got support to those who need it most [in this Budget] - the three lowest income groups get the highest amount when you combine the various measures." 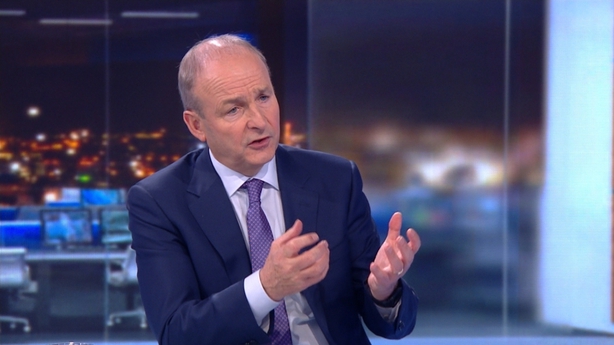 Asked about taxation, he said the budgetary reform of the PAYE system - the higher 40% rate now only applies to earnings above €40,000 - had been "needed for some time".

Meanwhile, the help-to-buy scheme for first-time buyers is set to continue until the end of 2024.

A new tax credit on rent valued at €500 per year has been introduced. It will apply to taxpayers who are paying rent on their principal private residence.

It will come into effect from next year but Mr Donohoe said provision would be made so that it can be claimed in respect of rent paid in 2022.

"Approximately 400,000 persons are expected to benefit," Mr Donohoe said in his speech.

At a glance: Key points from Budget 2023

Mr McGrath announced a once-off reduction in the Student Contribution of €1,000 for eligible students in the 2022-2023 education year.

The Minister also said he would extend the 20% public transport fare reduction and the Youth Travel Card discount of 50% on all operators' services to the end of next year.

Businesses to get help with energy costs over winter

Mr Donohoe announced measures to support business and enterprises in Ireland through what he called "these exceptionally challenging times". Budget 2023 will see the introduction of a Temporary Business Energy Support Scheme to assist businesses with their energy cost over the winter months.

Mr Donohoe said the new scheme will be open to businesses that are tax compliant and have experienced a significant increase in their natural gas and electricity costs.

No certainty for vulnerable people after Budget - Sinn Féin

Sinn Féin's finance spokesperson Pearse Doherty said that the Government could have given "certainty" to those who are vulnerable, and to "plan for the future", but they failed to do so.

Sinn Féin's Pearse Doherty said he thinks Government 'had the wrong priorities in a number of areas’ with #Budget2023 but has ‘welcomed the measures we’ve been calling for, for many years’ | Follow live updates: https://t.co/8iKtGllE2l pic.twitter.com/uiWT5gVevB

He said that money and tax reliefs will be swallowed by run away inflation and rising rents.