A new tax credit on rent valued at €500 per year has been introduced in the Budget.

It will apply to taxpayers who are paying rent on their principal private residence.

It will come into effect from next year but the minister said provision would be made so that it can be claimed in respect of rent paid in 2022.

A rental tax credit of €500 a year is being introduced 'for taxpayers who are paying rent on their principal private residence'. Minister Paschal Donohoe said the measure may be claimed for rent paid in 2022 | Follow live updates: https://t.co/jCVQKngf5n pic.twitter.com/oeMZPVEtiT

"Approximately 400,000 persons are expected to benefit," Mr Donohoe said in his Budget speech.

Shane Wallace, Tax Partner at Deloitte, said the introduction of a renters' tax credit is "a step in the right direction" in assisting renters with the rising cost of living.

The Minister for Housing Darragh O'Brien said the new tax credit of €500 is a tax credit per renter, which will apply this year and next year.

He said this was a permanent change to ensure renters were helped.

The Minister said the workings of the credit would be made clear within the Finance Bill but he expected it would be a credit that would be claimed through the Revenue Commissioners online and there would be a requirement that it be a registered tenancy.

He said the first payment of the tax credit would likely be paid in 2023.

The help-to-buy scheme for first-time buyers is set to continue until the end of 2024 in its current form.

Minister for Finance Paschal Donohoe said the scheme will be kept under review. He said 35,000 people have benefitted from the scheme since its inception in 2017.

Brokers Ireland welcomed the extension of the scheme.

"It has become a very important support for first-time buyers attempting to buy a first home against a backdrop of increasing house and rental prices," said Rachel McGovern, Director of Financial Services at Brokers Ireland.

She said a recent report for the Government had indicated that the scheme does not fuel house price increases.

"Home ownership, achieved at an affordable price, is the best way to create personal wealth over the longer-term and secure financial independence for later in life," she added.

Mr Donohoe also announced an enhancement to the pre-letting expenses regime for landlords.

It will see a doubling of the amount that may be claimed per premises to €10,000.

The change will also see a reduction in the period for which a premises must be vacant from 12 to six months.

Mr O'Brien said the doubling of the pre-letting expenses scheme was an important measure for landlords.

Asked if he believed this was enough to stop small landlords leaving the market, he said he was acutely aware of the number of small landlords who have left the market since 2016. He said they would look at measures "potentially into the future to assist".

The Society of Chartered Surveyors Ireland said doubling the amount landlords could claim tax relief on for pre-letting expenses from €5,000 to €10,000 would not halt the exodus of private landlords from the market.

"Our research shows low returns are one of the main reasons landlords are leaving the market," said Kevin James, President of the SCSI.

The Help-To-Buy scheme for first time buyers is set to continue until the end of 2024 in its current formhttps://t.co/tGVvpD1vL5

A vacant homes tax has also been announced in the Budget which will apply at a rate of three times the local property tax rate that applies to the dwelling.

The tax will apply to residential properties which are occupied for less than 30 days in a 12-month period.

"There will be a number of exemptions to ensure that owners are not unfairly charged where the property may be vacant for a genuine reason," Paschal Donohoe said.

The tax will operate on a self-assessment basis and will be administered by the Revenue Commissioners.

"Maximising the use of existing housing stock is also a key objective of this Government," Mr Donohoe said.

The charity, which specialises in reusing vacant and derelict buildings to deliver social housing, has campaigned for the measure since 2017.

"We have been consistent in our engagement with Government since 2017 that we believe that the introduction of a vacant homes tax has the potential to increase the availability of all forms of housing," said Pat Doyle, CEO of Peter McVerry Trust.

"We believe that the tax represents one of the final measures needed to realise the full potential of vacant homes," he added. 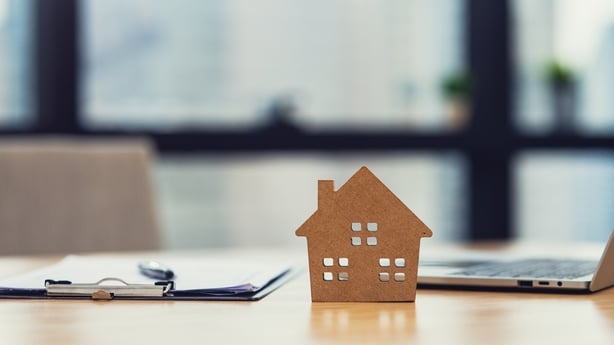 The Residential Development Stamp Duty Refund Scheme is to be extended to the end of 2025, the Minister for Finance also announced today.

Under the scheme, which has been in place since 2017, a portion of the stamp duty paid on the acquisition of non-residential land is refunded when the land is subsequently developed for residential purposes.

The net minimum stamp duty payable after a refund is 2%. The normal rate for non-residential property is 7.5%.

"To the end of 2021, this scheme had been availed of in respect of projects that have delivered over 15,000 residential units," Mr Donohoe told the Dáil.

10% levy on concrete products will bring €80m to redress scheme

In his Budget speech, Mr Donohoe said "earlier this year the Government agreed a comprehensive redress scheme for those home owners who have been affected by the issue of defective products used in the building of their homes".

"This redress scheme comes with a significant cost and therefore, I am bringing forward a levy on concrete blocks, pouring concrete and certain other concrete products," said Mr Donohoe.

Mr O'Brien said he expects the levy would contribute not just to the Mica scheme but also to the pyrite scheme which has been running since 2012.

Asking about the impact of the concrete levy on building costs, Mr O'Brien said some of the estimates he's seen from the Department of Finance showed the increase would be small "in the region of 0.4%".

However, Tom Parlon of the Construction Industry Federation described the levy as "a major shock" adding that the levy could add up to €3,000 to the cost of building a house.

"Immediately we're increasing that cost in a situation where we have extraordinary inflation," said Mr Parlon.

"This is going to challenge the viability of housing and of other construction projects," he added.

€1.7bn to be allocated to the Department of Housing

€1.7bn will be allocated to the Department of Housing in 2023, the Minister for Public Expenditure said today, which he said would deliver the social housing new build target of over 9,000 homes.

That represents an increase of €40m.

"Alongside LDA delivery, these schemes will support the provision of over 5,000 affordable homes next year," the Minister told the Dáil.

A further €215m will be allocated to homelessness services, representing a €21m increase in the provision.

€87m is to be allocated to the retrofitting of social housing in 2023.

€61m is being allocated to schemes to tackle vacancy and promote regeneration in urban areas by addressing vacant social homes and funding.

€337m is to be made available next year to go towards grants for energy efficiency, the Minister for Public Expenditure also said today.

Michael McGrath said the allocation would fund over 37,000 home energy upgrades including households in, or at risk of, energy poverty through the Warmer Homes Scheme.

"This is the highest funding ever commitment to energy efficiency," the Minister told the Dáil in his Budget speech.

Alongside the grant supports that will be available, funding will also be provided to support the introduction of a new low-cost loan scheme for residential retrofit.