Phil Hogan has said he has resigned from his role as EU Commissioner because controversy over his travel in Ireland during the Covid-19 restrictions was "a distraction" and would have undermined his work in the coming months.

Mr Hogan said he took the decision himself to resign.

Speaking to RTÉ News, Mr Hogan said he "deeply regrets" that his trip to Ireland has caused so much upset, anger and concern to people.

He said he broke no law or regulations when he travelled to Ireland, but could have adhered better to the guidelines.

"I felt that the fact that I made these mistakes, notwithstanding the fact that I didn't break the law was a sufficient distraction from the job that I was doing and for the work of the Commission," Mr Hogan said.

He said he has "meditated on this very seriously in the last few days" and came to the conclusion that he should remove the distraction.

In a statement, he said it has been an honour to serve as European Commissioner.

"I believe the project of European Union is our shared continent's crowning achievement: a force for peace and prosperity the likes of which the world has never seen," he said.

"I also believe that Ireland's destiny is deeply European, and that our small, proud, open nation will continue to play an inspiring and proactive role at the heart of the EU."

Mr Hogan said that throughout his almost 40-year political career he made a lifelong commitment to public service.

The Taoiseach, Tánaiste and leader of the Green Party said Mr Hogan's decision was the the "correct course of action given the circumstances of the past week."

In a joint statement, Micheál Martin, Leo Varadkar and Eamon Ryan acknowledged Mr Hogan's resignation and said it must have been a difficult decision personally.

The European Commission President thanked Mr Hogan for his "tireless work" since he began his time in Brussels.

"I am very grateful to him for his tireless work as a Trade Commissioner since the start of this mandate and for his successful term as Commissioner in charge of Agriculture in the previous College," Ursula von der Leyen said.

The EU Commissioner had been in the spotlight since it emerged he was among those who attended the Oireachtas Golf Society event on 19 Augusts.

Yesterday he provided details to the Commission President about his attendance at the event, and his movements while in Ireland. The information was provided following a request by Ms von der Leyen.

In the documents, Mr Hogan said he tested negative for Covid-19 during a hospital visit on 5 August and received a negative Covid-19 test while in hospital.

In an interview with RTÉ News yesterday, he said that he broke no regulations while in Ireland, was no risk to anybody but made big mistakes and is very embarrassed.

He said that as he had tested negative for Covid-19, it exempted him from the requirement to restrict movements for 14 days.

However, the Department of Health issued a statement saying a person is required to restrict their movements for 14 days if they arrive into Ireland from a country not on the green list.

It said the guidance does not state that a negative Covid-19 test shortens the 14-days requirement.

Last night the Taoiseach, Tánaiste and the leader of the Green Party said it was clear that Mr Hogan had breached the public health guidelines since he travelled to Ireland.

In their statement, they said the Government guidelines "clearly required him to restrict his movements for 14 days".

They said Mr Hogan should also have limited his movements to and from Kildare for essential travel only, and he should not have attended the Oireachtas Golf Society dinner.

The statement added that people are "correctly angered by these actions".

At the weekend, the Taoiseach and the Tánaiste had asked Mr Hogan to "consider his position". 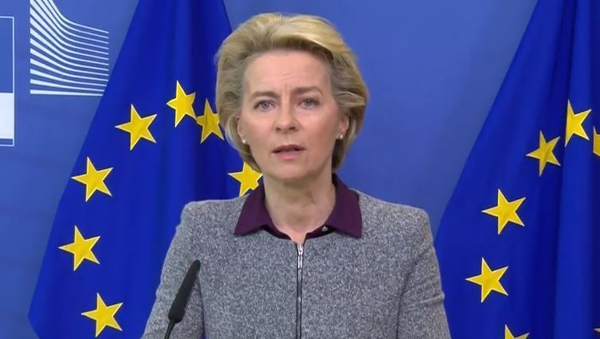