Venezuela is in economic and political crisis, suffering shortages of food and medicine.

It has the world's highest inflation rate, forecast to hit 10 million percent this year.

The country was plunged deeper into turmoil this week when Juan Guaido, the leader of the opposition-run congress, declared himself interim president, the boldest challenge to socialist leader Nicolas Maduro's rule in years.

Here is a timeline of how events have evolved in Venezuela this week:

A group of soldiers take control of a command post north of the capital Caracas in the early hours.

They publish a video on social media saying they "completely repudiate" President Nicolas Maduro’s regime and call on people to take to the streets.

The uprising is quickly put down as the command post is surrounded by soldiers and police, and 27 soldiers are arrested. 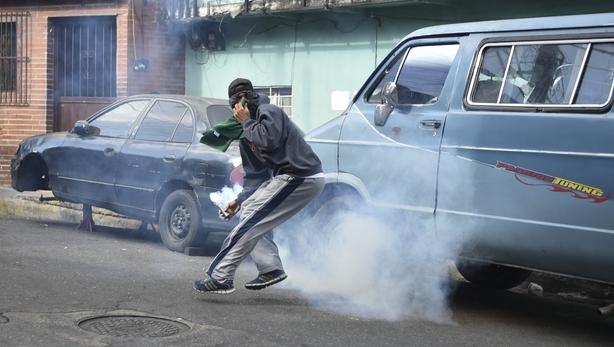 The brief rebellion triggers demonstrations of support in a number of neighbourhoods in Caracas.

The same day the Supreme Court, dominated by regime loyalists, takes aim at the opposition-controlled National Assembly, declaring its leadership illegitimate and its decisions invalid.

The National Assembly promises an amnesty to all members of the military who abandon Mr Maduro.

US Vice President Mike Pence gives his support to Venezuela's opposition on the eve of planned protest marches.

He calls Mr Maduro a "dictator" and backs the National Assembly's "call for the establishment of a transition government". 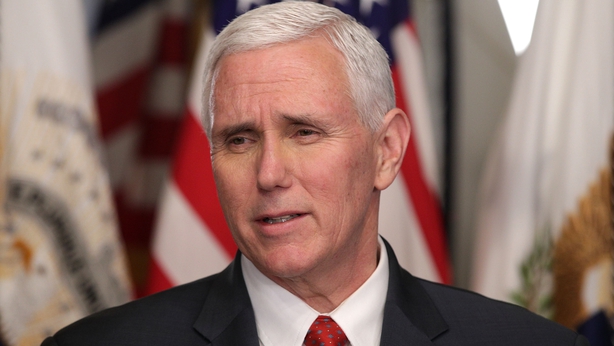 "We stand with you, and we will stay with you until democracy is restored and you reclaim your birthright of Libertad (freedom)," Mr Pence says in a video on Twitter.

In a radio and TV broadcast, Mr Maduro accuses Washington of ordering "a coup from the fascist state".

Tens of thousands of protesters take to the streets of Caracas and other cities in rival demonstrations for and against Mr Maduro.

The National Assembly had called an opposition rally against Mr Maduro to mark the anniversary of the 1958 fall of the military dictatorship of Marcos Perez Jimenez. 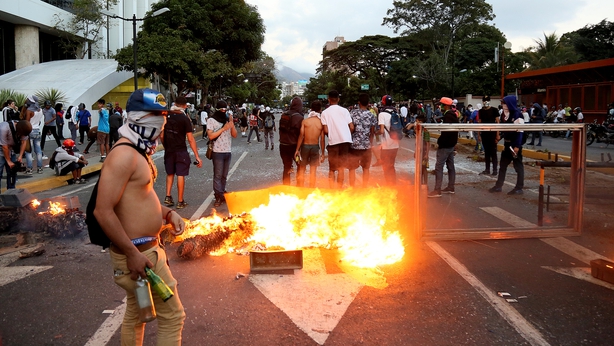 Clashes erupt in the capital.

The Supreme Court orders a criminal investigation of the assembly for trying to depose Mr Maduro.

The head of the National Assembly, Juan Guaido, proclaims himself "acting president" in front of cheering supporters gathered in Caracas. 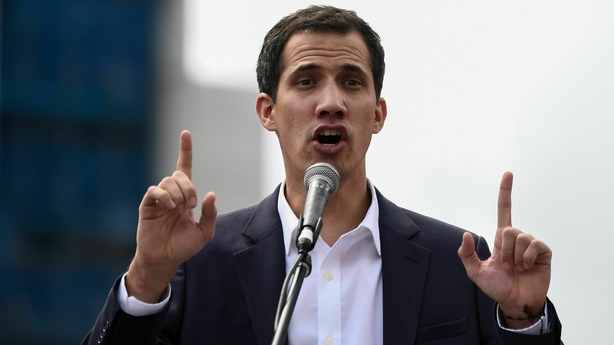 "I swear to formally assume the national executive powers as acting president of Venezuela to end the usurpation, (install) a transitional government and hold free elections," he declares.

Who is Venezuela's self-appointed interim president?

Other countries in the region, including Brazil, Canada, Chile, Colombia and Peru, also give their backing to Mr Guaido.

He responds saying he is cutting off diplomatic ties with Washington and gives US diplomats 72 hours to leave Venezuela.

The US State Department says Mr Maduro does not have the authority to sever relations.

Defence Minister Vladimir Padrino rejects Mr Guaido's declaration, saying the armed forces "will defend our constitution and are the guarantor of national sovereignty".

The European Union calls for free elections to restore democracy.

The United States calls for a United Nations Security Council meeting on the crisis. 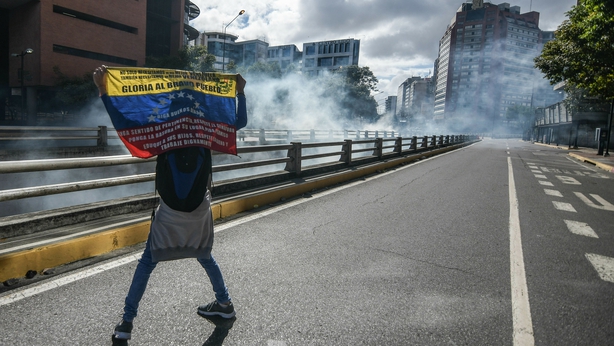 The UK says Mr Maduro is "not the legitimate leader" of Venezuela, while French president Emmanuel Macron hails "the courage of hundreds of thousands of Venezuelans who are marching for their freedom".

Russian President Vladimir Putin calls Mr Maduro and expresses "support for the legitimate authorities of Venezuela in the context of a domestic political crisis that has been provoked from the outside".

Pope Francis, on a visit to Panama, backs "all efforts" that help save the Venezuelan population from further suffering.

The UN human rights chief Michelle Bachelet calls for an independent investigation into alleged excessive use of force by Venezuelan security forces. 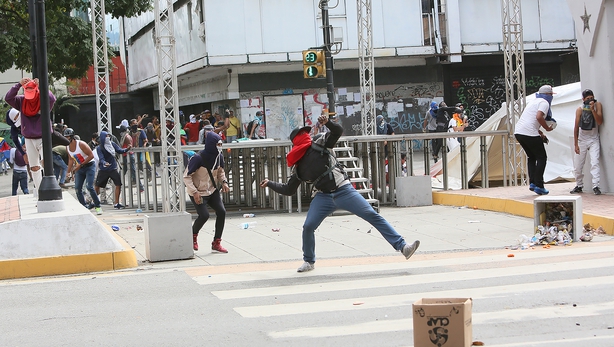 The US State Department orders its non-emergency staff to leave Venezuela.

In four days of unrest, 26 people have died, according to the Venezuelan Observatory of Social Conflict, a Caracas-based rights group.