Several hundred protesters have taken part in a demonstration in Drogheda, against proposals to change the name of Our Lady of Lourdes Hospital.

Management at the facility indicated to staff last month that the name of the hospital would be changed.

Protesters say local consultations should be carried out before references to Our Lady are removed from the name of the hospital, which was founded in the 1950s by Mother Mary Martin and the Medical Missionaries of Mary.

A spokesperson for the hospital group had no comment when contacted. 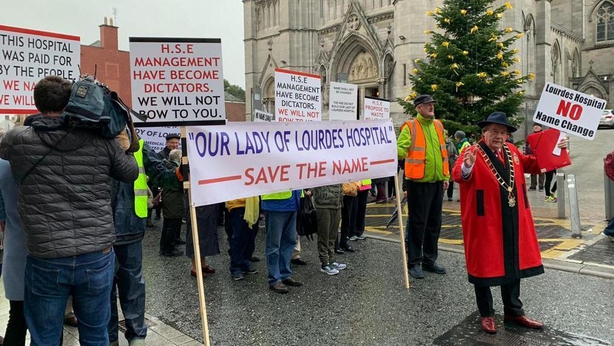 However the Health Service Executive has said the proposed name change is part of plans at a national level to move hospitals to academic models, as has already happened at Letterkenny and Kerry.

But the HSE also said the details of any name changes are up to individual hospital groups.