A stop/go traffic system remains in place in parts of Thomastown, Co Kilkenny due to one road being impassible.

Council officials say they are examining a dozen houses and one business on the quay which were affected overnight. 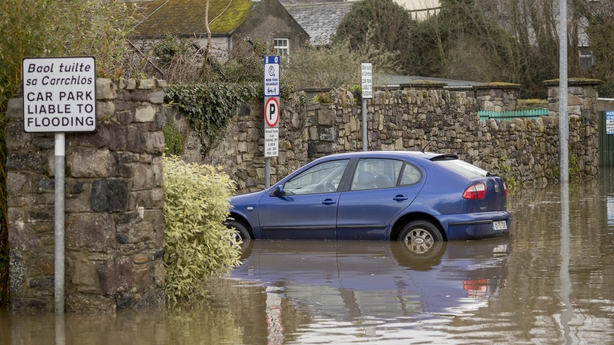 The localised flooding in Freshford has now subsided.

There was also high waters in parts of Callan and one business premises was affected.

Some roads were closed in Graiguenanamagh last night due to high levels of the River Nore but it did not impact any buildings.

In the village of Inistioge motorists are asked to take care as there is excess water on a number of roads but no buildings were affected.