Working as an anchor on Six One News is one of the most high-profile positions in Irish broadcasting.

But from the moment Keelin Shanley sat in the presenter's chair, she looked as if she had been doing the job for years.

A tenacious interviewer and warm communicator, she was the ideal choice for this prestigious role.

And with over 20 years experience as a journalist and broadcaster, Keelin quickly became the much-loved presenter of the country’s main news bulletin.

Born in County Dublin, Keelin studied biochemistry at Trinity College and worked for a while as researcher in the Department of Pharmacology in the University of Bologna.

After presenting a number of science and technology RTÉ programmes in the late 1990s, her skill in front of the camera quickly became apparent and she made the switch to mainstream current affairs. It was a field in which she was to excel.

Read more:
RTÉ broadcaster Keelin Shanley dies following illness
'Keelin was the best of us, we are poorer for her loss'

She also worked for broadcasters including Radio France International and CNN World Report, but she would spend the majority of her career with RTÉ where her flexibility and breadth of knowledge saw her present a wide variety of shows.

Although she was incredibly comfortable in a studio environment, she was just as skilled as a reporter out on the road.

From 1999 she was a popular and dynamic member of the Prime Time team as a reporter and presenter. In her time there she made a number of acclaimed documentaries, many of which focused on social issues and gave voice to people on the margins of society.

She also reported from a number of developing countries for the Far Away, Up Close strand, including documentaries on the plight of child soldiers in the Lord's Resistance Army in Uganda and the rebuilding of Liberia.

In more recent times, Keelin presented Morning Edition, The Consumer Show, Crimecall and The Irish Book Awards on RTÉ One. She also worked as a radio presenter across several programmes on RTÉ Radio 1 - Morning Ireland, News at One, Today with Sean O'Rourke and Late Debate.

She won many awards for her work including IFTAs, a Law Society Award and a Radharc award.

Keelin took the reins of Six One News in January 2018. It was a position she hugely enjoyed.

In a newsroom environment that can often be busy and stressful, she was a calm and reassuring presence, easy to work with, helpful and encouraging of other colleagues.

She was a warm and compassionate broadcaster but also an incisive interviewer and a role model for women starting out in the business. But her time on the bulletin was brought to a premature end as she faced cancer.

Keelin was an exceptional broadcaster, a fiercely intelligent reporter and a much-loved presence in RTÉ, where she will be sorely missed.

Above all she will be missed by her family, her husband Conor, children Ben and Lucy, her wide family and a large circle of friends. 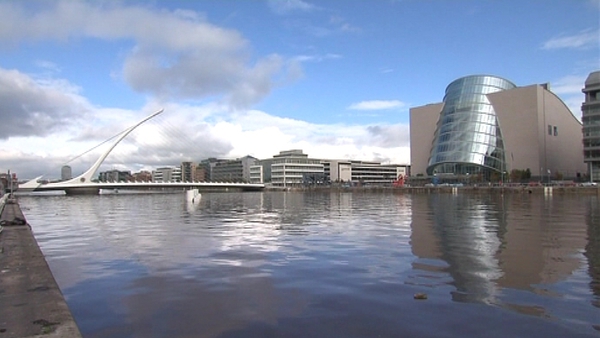