The US President Donald Trump and the First Lady Melania Trump have left Shannon Airport aboard Air Force One bringing an end to their Irish visit.

They spent the last two nights at the Trump resort at Doonbeg in Co Clare.

Earlier today, Mr Trump played a round of golf at his Doonbeg resort and met with a group of local schoolchildren from Clohanes National School.

The school’s principal Aideen O'Mahony said it had been a "very exciting" morning for pupils and staff.

And they’re off! President @realDonaldTrump and @FLOTUS leave Ireland on Air Force One after a successful visit. ???????? #TrumpInIreland pic.twitter.com/eulR1jrjph

Shortly before 3pm this afternoon Mr and Mrs Trump left Doonbeg by helicopter and arrived at Shannon Airport.

Irish officials including Ireland's Ambassador to the US Dan Mulhall and Minister of State Patrick O'Donovan said goodbye as the Trumps boarded Air Force One to return to Washington.

There were rumours yesterday that Mr Trump would visit the village of Doonbeg and meet locals as his two sons had on Wednesday night.

As darkness fell, media, gardaí, and onlookers gathered on the main street on the village but there was no presidential visit.

Fianna Fáil Senator Mark Daly was among those in attendance and said issues raised with Mr Mulvaney included access to visas and the dangers of a return to a hard border. 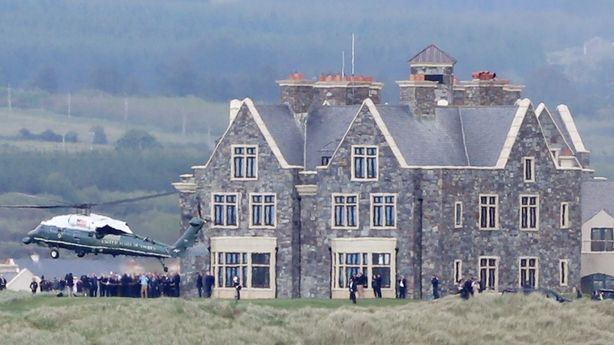 Speaking to RTÉ's Morning Ireland, Mr Daly said the J1 visa was addressed "because of difficulties that students have in terms of accessing that visa... they have changed the criteria whereby you need to have a letter from an employer way earlier than normal, and that's proving very difficult.

"We are looking at trying to change that system and petitioning the US government to make it the same as it was previously when I did the J1 nearly 20 years ago.

"The undocumented Irish is another issue which has been ongoing for over 30 years. There's 50,000 people over in the United States who are undocumented and cannot come home to Ireland."

Mr Daly said he did not speak with Mr Trump and that the evening was a casual affair for the president and his family and staff.

Mr Trump played a round of golf yesterday evening after he arrived back at the resort from attending D Day commemoration ceremonies in France.

During a meeting with Taoiseach Leo Varadkar at Shannon Airport on Wednesday, Mr Trump drew a parallel with his planned wall between the United States and Mexico as he expressed confidence that the Brexit logjam over the Irish border would work out "very well".

At the start of a bilateral meeting, Mr Trump said Brexit could be "very, very good for Ireland".

The president agreed the current free-flowing Irish border should be preserved. 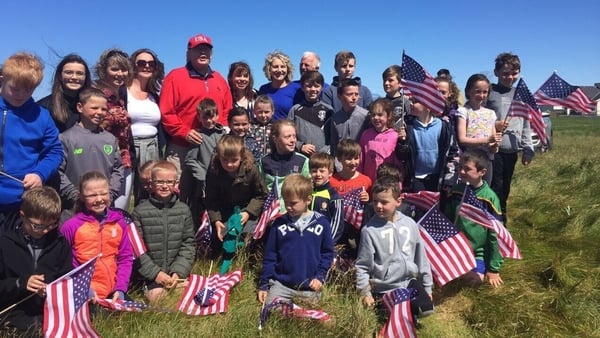 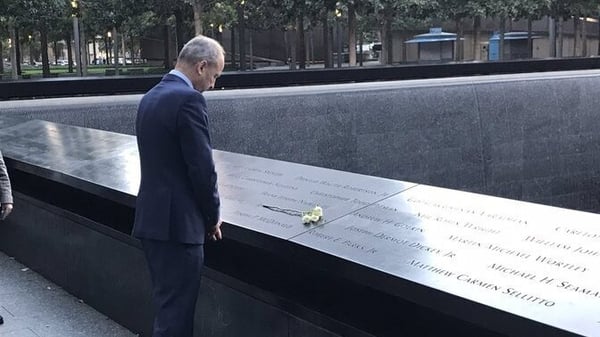 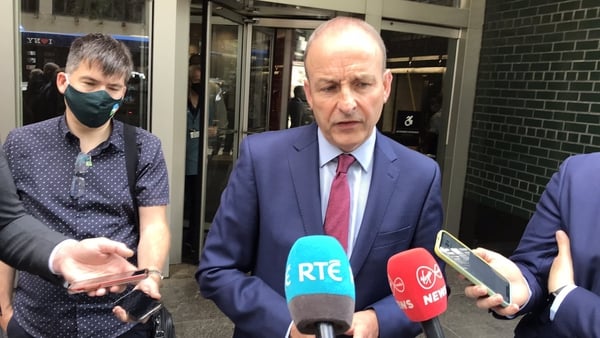