Politicians are calling for a reform of garda management in the wake of Nóirín O'Sullivan's resignation as Garda Commissioner.

Fianna Fáil justice spokesperson Jim O'Callaghan said the move paves the way for a new chapter for An Garda Síochána.

"I would like to thank Nóirín O'Sullivan for her many years of public service and wish her well in her retirement.

"Her resignation means there has been some accountability within An Garda Síochána for the 1.5 million false breath tests recorded on the Garda Pulse system," said Mr O'Callaghan.

"The process to find a new Garda Commissioner presents an opportunity for the Policing Authority and the Government to ensure there is more real and necessary reform within An Garda Síochána.

"We must learn from the mistakes of the past and rebuild confidence within the force itself and in the wider public arena," he said.

Sinn Féin Deputy Leader Mary Lou McDonald (below) said the Government's failure to act has done untold damage to the public's confidence in An Garda Síochána.

Speaking to RTÉ News, Ms McDonald said it was clear for a very long time that Ms O'Sullivan's position was no longer tenable.

However, she said that Ms O'Sullivan will still be needed for the Charlton Tribunal and to get to the bottom of many scandals that developed in An Garda Síochána.

She added that the next commissioner has to be a person beyond the reach of the scandals and she said that has to be somebody from outside the jurisdiction. 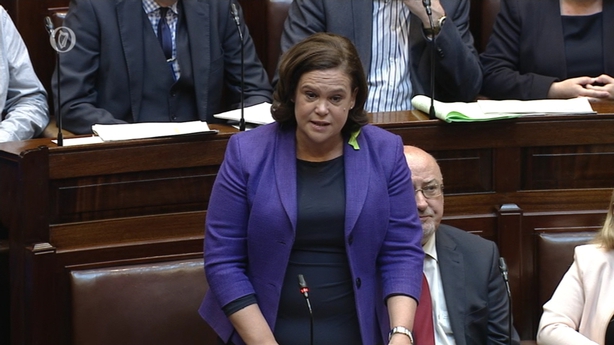 "Above all garda reform requires a government that is prepared to act to implement the required changes needed [to] restore public confidence," said Ms McDonald.

Ms Daly expressed hope that the decision was not made to avoid the Charleton Tribunal and said the former commissioner must still be held accountable.

She also said the next commissioner must be appointed from outside the existing garda hierarchy.

Labour Party leader Brendan Howlin said: "While I recognise the decades of service that Commissioner O'Sullivan has given the State it is clearly in the interests of policing and the urgently required reform of An Garda Síochána that we have new leadership in the force.

"The new Garda Commissioner will be the first to be appointed by Government on the recommendation of the Policing Authority.

"There clearly must be an international competition with clear criteria set out by the Authority to fulfill the reform agenda," added Mr Howlin.

Solidarity TD Paul Murphy said: "Simply changing some of the faces at the top of the gardaí won't stop the rot which we have seen goes right through the force."

The Social Democrats said that the retirement must be the first step in robust efforts to rebuild internal morale and public confidence in the force.

"The departure of the Garda Commissioner must be the start of a fundamental clear out at the top of An Garda Síochána," said the party's co-leader Róisín Shortall (below).

"It is crucial that this is only the first step in a wider effort to rebuild the force from the ground up.

"It is unfortunate that it took so long for the Commissioner to realise that she had lost all credibility and authority at the helm of an organisation mired in controversy over financial irregularities at Templemore, the penalty points scandal, the denigration of whistle blowers, and the latest revelations of falsified breath tests on a massive scale," said Ms Shortall. 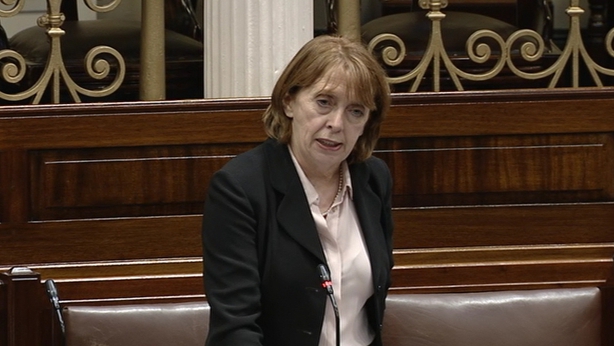 However, she said "swift moves" are now needed to tackle cultural problems within the force.

Green Party justice spokesperson, Councillor Roderic O’Gorman, said: "Public confidence in the force has not recovered under her stewardship, and while she deserves credit for kick-starting long overdue reform in the gardaí, the way she has handled repeated controversies has left a lot to be desired.

"Her performance at the Public Accounts Committee, in particular, did not inspire confidence in the senior management of An Garda Síochána.

"The Commission for the Future of Policing, which starts in the next few weeks, now offers a real opportunity to bring about wide ranging reform and renewal to the entire force, under new leadership," added Mr O'Gorman.