European Union finance ministers have agreed a rescue package worth €500bn to combat the coronavirus pandemic following a breakthrough.

The package will be made up of low cost loans and credit lines, partly involving the EU's main bailout fund, but with further resources deployed by the European Commission and the European Investment Bank.

The breakthrough comes after finance ministers met a few hours ago, having failed to reach agreement in the early hours of yesterday morning.

This was a hard fought and politically very divisive agreement but on the third attempt finance ministers forged a compromise.

It brings together a number of mechanisms but stops short - for now - of a big stimulus whereby debt of a member state would be underwritten by the EU as a whole, the so-called "coronabond".

The EU's bailout fund, the European Stability Mechanism will make €240 billion available in emergency credit lines. The money should go towards health spending and the facility will come to an end when the crisis is over.

The European Investment Bank will make €25 billion available, leveraged to up to €200 billion, for the corporate sector, which has faced a sudden economic slump.

A further €100bn will be made available by the European Commission to help companies retain workers so that exporters can rebound once the pandemic passes.

Ministers also agreed to explore a so-called Recovery Fund. This may be a "coronabond" by another name but it will be up to EU leaders to take that one forward.

Its size and timing are to be decided, and it will be administered through the overall EU budget. 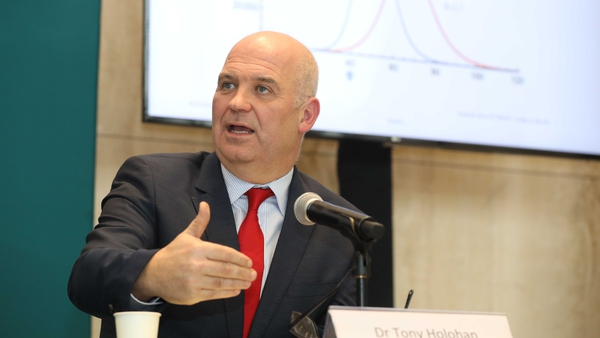