The Department of Health has confirmed a further 28 people who were diagnosed with Covid-19 have died in Ireland, bringing the overall death toll to 263.

500 more cases of coronavirus have also been diagnosed, bringing the number of confirmed cases to 6,574.

30 fatalities occurred in intensive care units, accounting for 11% of cases.

Chief Medical Officer Dr Tony Holohan said that 81% of people who have died so far had underlying conditions.

The median age was 81, with cases split approximately 60% male and 40% female.

By Tuesday night, there were 1,765 confirmed cases among healthcare workers, accounting for 27% of all cases.

Clusters of infection account for more than 20% of all cases. There are 317 outbreaks of infection linked to 1,391 individual cases.

The Department of Health said the majority of admissions to ICUs have happened in the last 10-14 days. To date, there have been 242 admissions to ICU. Of these, 153 (63%) are still in hospital.

80% (193 people) of people admitted to ICU were reported as having an underlying illness.

The median age of those in ICU is 60.

Professor Philip Nolan, who is chair of the National Public Health Emergency Team's modelling group, said there has been a day on day reduction in the growth rate of the pandemic in Ireland.

Professor Philip Nolan says that social distancing measures are having a profound effect on the growth rate of the virus, which has now fallen to 9% | Follow live #coronavirus updates: https://t.co/DMAirgiJoZ pic.twitter.com/mPIaFABpQn

He said the growth rate has dropped to 9% day on day over the last 5 days, compared with around 30% at the beginning of the crisis.

Prof Nolan said that while growth slows, we need the figure to be zero in order to control the pandemic. The reproductive rate of the virus has also decreased.

At the beginning, each individual with the virus was going on to infect around four other people.

Prof Nolan said that once the schools were closed, this figure dropped to 2.7 and that individual cases are now only infecting "very close to one".

He said this number is very sensitive, and saying "very close" is critically important, because if the reproduction rate is a little over one, then cases will grow "slowly but inexorably".

However, he said that if the number is a little less than one, "cases will decline".

Prof Nolan said that at this point "we don't know exactly" what it is.

Another way that he and his team are monitoring the progression of this virus is ICU admissions.

He said that last week showed a "worrying" increase, but that it has been stable at around 140-150 people in ICU.

Prof Nolan said that if the disease is suppressed, he would expect this number to decline over the next week to 10 days.

He said that modelling at the beginning of this crisis produced a "frightening scenario".

He added that if no public health or social distancing measures were introduced, we would already be overwhelmed by this virus.

Modelling based on measures like social distancing and closing schools and colleges produced an improved scenario.

However, he said that doing just this means that in 40 days from now, we would encounter a peak of around 60,000 cases.

He said that it is not "simply" a question of flattening the curve and pushing the peak into the future, but rather suppressing it so much that there is a barely a peak at all.

Prof Nolan said that we will require "very strong social distancing measures for a long period of time in order to keep the disease suppressed".

Meanwhile, Fianna Fáil leader Micheál Martin has said that 51,000 people are awaiting appointments for swab testing for coronavirus and 53,000 tests have been completed.

However, Dr Colm Henry, Health Service Executive Clinical Lead, said he did not know where the figure of 51,000 had come form.

Speaking afterwards, Mr Martin said there was significant work to be done on testing.

They were told there was a lab capacity issue along with shortages of some materials including reagents.

However, he said they were told Ireland was in the top five countries for testing. 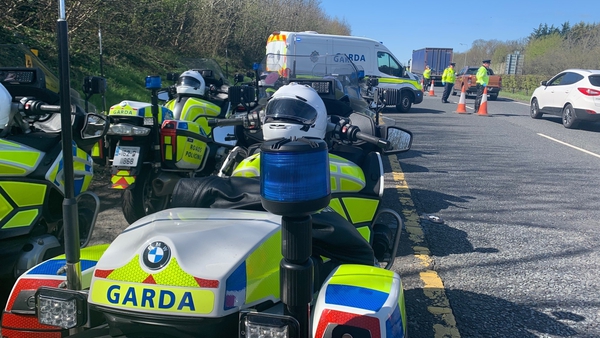 What to expect from gardaí during Covid-19 restrictions 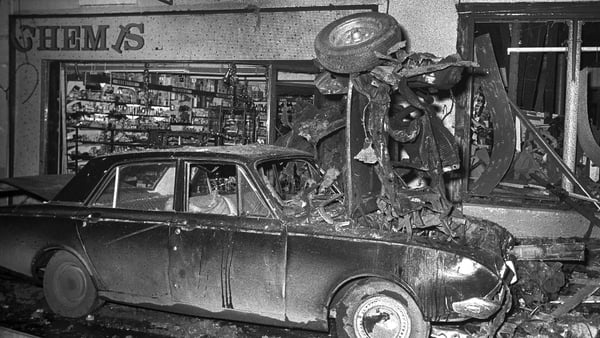