New EU rules aimed at clarifying which investments and economic activities are properly "green", and which can contribute towards Europe's carbon neutrality goals, could have major benefits for the Irish financial services sector, according to EU officials.

The European Commission today set out a long-awaited system to classify what kinds of economic activity and financial investments can be properly deemed as green.

As well as contributing to the EU's climate goals, officials claim the move will help the EU become a leading global player in "sustainable" finance, and that in turn could help the Irish sector.

As well as what is termed a "sustainable finance taxonomy", which will set out a list of economic activities and the rules companies will need to follow in order to be regarded as green, the Commission also launched plans that would require the corporate sector to report on how environmentally-friendly its activities and investments are, in the same way that financial companies are required to report earnings.

However, environmental groups have said the new rules do not go far enough, and warn that in certain situations fossil fuels, such as natural gas, could be deemed as "sustainable".

The new rules are designed to attract private investment towards any activity which will contribute to Europe's climate goals, and to prevent "greenwashing", where firms overstate their green credentials as a selling point.

In order to gain a sustainable label, an economic activity must make a substantial contribution to one of six environmental aims and not impede the other five. The rules published on Wednesday cover two of those six aims - fighting climate change and adapting to its impacts.

The Commission today published a package of three measures as part of its broader Green Deal project, which aims at net carbon neutrality by 2050.

The Taxonomy regulation is designed to support sustainable investment by making it clearer which economic activities most contribute to meeting the 2050 target.

The criteria cover a range of activities for "green investments", including transport, building renovations, the manufacture of cement, steel and batteries.

The measure is in the form of a "delegated act", meaning it will become EU law unless it is blocked by a majority of member states or the European Parliament.

A second measure amends the Corporate Sustainability Reporting Directive, obliging companies to report how they take climate, environment and governance issues into account.

The Commission said it will address natural gas in a second set of criteria due later this year. Nuclear power is also being reviewed separately.

The rules on those issues have faced months of fierce lobbying from governments and industry. The EU's expert advisers, and typically wealthier western and Nordic EU states, say it is not credible to label gas, a fossil fuel, as green.

German Green MEP Sven Giegold said: "The Commission has announced that it will propose new rules for fossil gas and nuclear power [later] this year. A sustainability label for nuclear power would irreversibly damage the credibility of the Taxonomy."

Central and eastern states say it should be promoted to help them quit higher polluting coal. 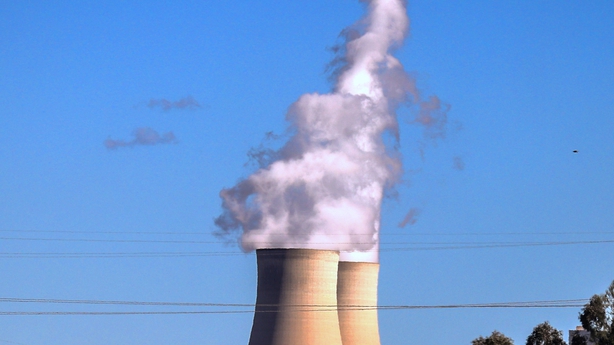 The environmental group Greenpeace said: "The Commission has missed an opportunity to use the taxonomy to secure truly green investments, stalling a decision that would help Europe move ahead quickly with much needed climate action.

"We simply cannot afford to lose more time debating the sustainability of false solutions like fossil gas, nuclear power and the burning of trees for energy. Green finance cannot be a lifeline for polluters."

A Commission briefing note suggests the sustainable taxonomy criteria could produce benefits for some 8,000 investment funds domiciled in Ireland, said to be worth €3 trillion in net assets.

"Given the magnitude of the Irish market, we expect the Taxonomy to potentially produce significant benefits, especially for domiciled funds," the note said.

"The Irish market will have a unique position to assist issuers bringing [Environmental, Social and Corporate Governance] products to the market, thereby enabling investors to meet their respective sustainable investment requirements," the note says.

Officials say sustainable finance has become a mainstream part of the global financial system, reflecting a shift in investor preferences towards sustainable activities.

"The Taxonomy Delegated Act is a dictionary for investors," said said. "Investors can use it like a dictionary to identify if an investment meets the European Green Deal ambitions.

"Investors are not obliged to use it. The Taxonomy is not a list that investors are obliged to invest in. But we believe it will enable change in the financial system and corporate world."

Dublin Green Party MEP Ciarán Cuffe said: "The standards set out today by the European Commission for sustainable investments are welcome, but insufficient. Deferring key decisions on investments in gas and nuclear energy to the autumn is worrying.

"There is a real danger that lobbyists will push for investment in gas - a fossil fuel, and nuclear power - to be categorised as sustainable when they clearly are not. The criteria for sustainable forestry and bio-energy are also weak, as they defer to national guidance, which may be insufficient.

"Greenwashing concerns remain. However, I am pleased that Wetlands restoration is included."