Mayor of London Sadiq Khan has declared a "major incident" due to the rapid spread of the coronavirus across the city, and the increase in Covid-19 cases in hospitals, which has left the health service at risk of being overwhelmed.

It comes as the number of Covid-19 cases in London has exceeded 1,000 per 100,000 people, putting immense pressure on an already stretched health service.

Over the last three days alone the NHS has announced 477 deaths in London hospitals following a positive test for Covid-19.

The 7,034 people currently in London hospitals with the virus represents a 35% increase compared to the peak of the pandemic last April.

There are currently around 830 admissions to London hospital trusts per day - up from around 500 before Christmas - which the mayor's office said could rise further over the next two weeks.

A major incident is defined as being "beyond the scope of business-as-usual operations, and is likely to involve serious harm, damage, disruption or risk to human life or welfare, essential services, the environment or national security".

It comes as the UK said 1,325 people had died within 28 days of testing positive for Covid-19 - the highest number of deaths reported on a single day since the outbreak began.

There were a further 68,053 laboratory-confirmed cases of coronavirus.

A third vaccine, from US biotech firm Moderna, has been approved by the UK's Medicines and Healthcare products Regulatory Agency - joining the vaccines from Pfizer/BioNTech and Oxford/AstraZeneca.

The Mayor of London said: "Our heroic doctors, nurses and NHS staff are doing an amazing job, but with cases rising so rapidly, our hospitals are at risk of being overwhelmed.

"The stark reality is that we will run out of beds for patients in the next couple of weeks unless the spread of the virus slows down drastically.

"We are declaring a major incident because the threat this virus poses to our city is at crisis point. If we do not take immediate action now, our NHS could be overwhelmed and more people will die," Sadiq Khan added.

.@MayorofLondon has today declared a 'major incident' due to the rapid spread of the coronavirus across the capital and the increase of Covid-19 cases in hospitals, which has left the NHS at risk of being overwhelmed.

Hundreds of volunteers from London Fire Brigade have been helping London Ambulance Service cope with the pressure by driving ambulances. Fire brigade staff have driven more than 100,000 ambulance callouts to help colleagues from the ambulance service.

London Ambulance Service is now taking up to 8,000 emergency calls a day now, compared to 5,500 on a typical busy day.

Mr Khan has written to British Prime Minister Boris Johnson asking for the closure of places of worship and for masks to be worn routinely outside of the home, including in supermarket queues and other places outside that may be crowded.

Major incidents were previously declared in 2017 for the Grenfell Tower fire and the terrorist attacks at Westminster Bridge and London Bridge.

Also today, the UK recorded its highest number of Covid-19 deaths reported on a single day since the pandemic began, while figures for cases and hospital admissions have also hit record levels.

There were a further 68,053 lab-confirmed cases of coronavirus in Britain, the highest figure reported in a single day since the start of mass testing last May.

However, it may have been higher in April 2020, with cases estimated to have been as high as 100,000 per day at the peak of the first wave.

The number of Covid-19 patients in hospital in England also stood at a record 29,346, up by 30% from a week ago, while admissions also hit a new high with a total of 3,967 hospitalisations.

In a more positive development, a third Covid-19 vaccine, from US biotech firm Moderna, was given the green light by the British Medicines and Healthcare products Regulatory Agency (MHRA) - joining the vaccines from Pfizer/BioNTech and Oxford/AstraZeneca. 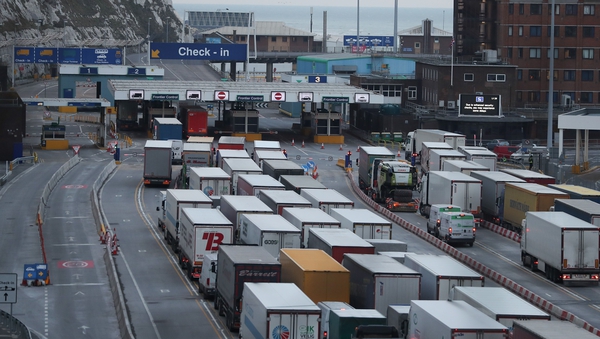