The Governor of the Central Bank has warned the Government that it should put financial reserves aside in case of an economic downturn.

In a pre-Budget advisory letter to the Minister for Finance, Philip Lane said that "if fiscal buffers are not built up, there is a risk of repeating the historical patterns by which economic downturns have been amplified by pro-cyclical fiscal austerity".

Professor Lane called on the Government to set more ambitious fiscal targets, saying the surge in corporation taxes may have some "temporary elements, indicating that some part of these revenues should be categorised as a windfall".

He also said interest rates would not stay low forever and when they rose, the cost of servicing the national debt would increase.

The Central Bank Governor added that a "legacy of high public and private debt levels mean that Ireland is relatively more vulnerable to reversals compared to other countries with less-leveraged public and private balance sheets".

He said that at a time of very strong economic growth, the Government should be raising revenues - possibly through VAT - to get the public finances ready to play a positive role in the next economic downturn.

Professor Lane said that Ireland's very high level of debt would make it hard for the country to borrow for Government spending during a recession, and cut taxes to stimulate the economy.

Continuing to run a deficit at a time of very high growth and very low unemployment could make that vulnerability worse, leading to excessive austerity measures in a downturn, the Governor cautioned.

The Taoiseach said the Government will be cognisant of Professor Lane's comments as preparations for October's budget begin in earnest.

Leo Varadkar said he was committed to ensuring that the "boom and bust" economic cycles of the past would not reoccur.

He said this meant that the Government would have to say no to certain Departmental funding requests.

Governor Lane also said the Central Bank had already taken action to force banks to hold a higher level of capital, which can be released to fund lending in the event of a downturn, while the mortgage rules have limited the build-up of debt among borrowers.

But he said the Irish banks were still vulnerable because of their high level of non-performing loans.

Professor Lane also today defended the sale of mortgage portfolios to vulture funds, saying the process improved the strength of the banks' balance sheets and reduced the overall risk to financial stability in the country.

"In terms of risk management, the transfer of credit risk and funding risk to the investment funds that buy loan portfolios constitutes a national reduction in macro-financial risk, given that the investors in these funds are primarily overseas," the governor said.

He also stressed that the sale of these portfolio of loans does not affect statutory consumer safeguards.

"The Central Bank is committed to ensuring that loan sales do not affect the consumer protection framework governing mortgages. Loan owners must use a regulated credit servicing firm to make the loans and these firms are subject to the same codes of conduct as banks and retail credit firms," he added.

The governor also warned that house prices and commercial property values could fall in the event of a sudden tightening of international financial conditions.

Other risks facing the economy include a "disorderly" Brexit, which Professor Lane said would pose immediate challenges for the Irish economy and financial system.

Professor Lane also said the Government needed to look at increasing the VAT rate on the hospitality sector.

Speaking on RTÉ's News at One, he said when the strategy was deployed to lower the rate it was quite effective.

However, he questioned how long the rate could be maintained in current economic conditions as it was intended to be a temporary measure.

Prof Lane said it was part of the overall VAT arrangements across the European Union that once a rate was decreased during a crisis, at some point it had to return to normal levels. 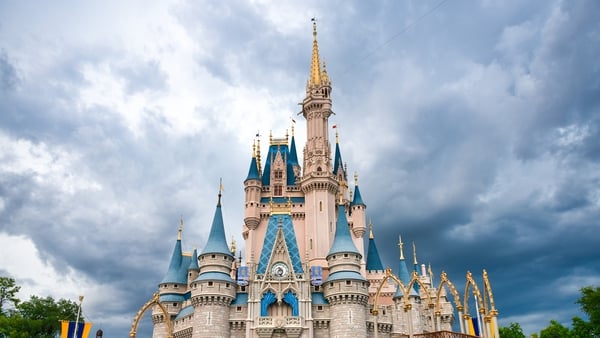