Last year the Irish economy expanded by 7.8%, but the IMF thinks about a quarter of that growth was due to the Apple iPhone.

If that's the case, it may be another clue in helping to solve the "Leprechaun Economics" mystery.

Of course the first question about the IMF number is "how do they know?". Others have tried to figure out the Apple effect in Ireland. We know it's big, but the IMF estimate is pretty specific - a quarter of GDP growth.

In a special feature on smartphones and global trade in its latest World Economic Outlook, the IMF says smartphones are driving a new technology cycle.

And in value added terms, three countries are the main beneficiaries of this trend - Korea, Taiwan and Ireland.

"In Ireland, where the intellectual property of Apple Inc resides, staff estimate the contribution in value added terms of iPhone exports to account for one-fourth of the country’s economic expansion in 2017," the IMF report states.

Remember, the "on-shoring" of intellectual property that happened in 2015 was a big driver behind the 26% GDP growth recorded in Ireland for that year, which gave rise to Professor Krugman's famous jibe.

But without mentioning Apple's tax arrangements, the IMF adds "it is important to note that the income generated from smartphone sales does not fully contribute to the Irish economy". 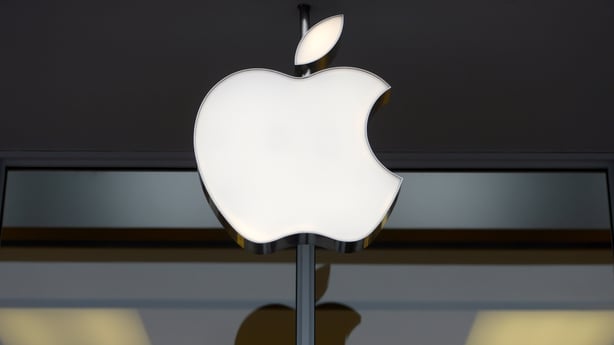 In 2011 the corporation tax take here was €3.5 billion. Last year it was €8.2 billion. This raises a very important question - what happens to that tax take if Apple come out with a dud iPhone that nobody wants to buy? What happens to GDP growth? And the budget that is based on assumptions about GDP?

The debt ratio is now 68% of GDP, almost halved from the peak, and getting close to the Maastricht limit. If the iPhone is the device that saved Ireland, are we now as dependent on its success as we used to be on construction?

But at least bricks and mortar are tangible and immovable. Ireland is the software part of the Apple international supply chain (at least from an accountancy point of view - the actual development mostly takes place in California, hence the Irish Government position that this is where the value is created, and so the taxing rights to most of the Apple profit flows properly resides). The hardware parts in the supply chain come from several parts of Asia.

In Korea, the IMF estimates the production chain of smartphone components contributed about one third of real GDP growth last year. In Taiwan it was 40% of growth. Smartphones are estimated to account for one sixth of the growth rate in global trade last year.

China is the main assembly centre for smartphones. There the impact is smaller - but mainly that is due to the vast size of the overall economy. Last year it exported $128 billion worth of smartphones to the rest of the world. That's 5.7% of China's total exports. 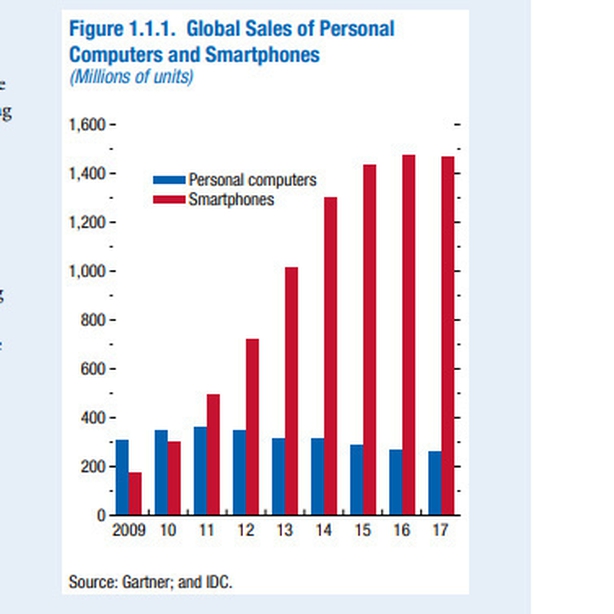 Director General of the CSO Padraig Dalton said that while such figures as they relate to Ireland may reflect the best estimates of IMF analysts, they are not based on information from the CSO, which fiercely guards its commitment to respondent confidentiality and releases no confidential data of any kind, whether to the IMF or to any other external body or analysts.

The data available to the IMF is identical to that published on the CSO website and is accessible to all users of CSO outputs.

Smartphone unit sales have eclipsed sales of PCs since 2011, and have become the primary computing platform across the globe. The supply chains to serve that explosive growth over the past six years have "changed the export and growth performance of several Asian countries through complex and evolving supply chains", the IMF stated.

But while the export performance of Asian companies is easy to figure out - because it involves tangible objects - components and finished phones - the Irish cases is hard to get a grip on - literally - as it involves intangibles. Apple software is the secret sauce that makes all the tangible components sing together, but it is an intangible service export: a software license or royalty on or royalty on a patent.

The key driver of the new tech cycle is the Apple iPhone release date for new models.

A clear seasonal sales pattern has emerged, with sales tailing off in quarters two and three in anticipation of new launches, followed by big sales in Q4 and Q1 (peaking with the Chinese Lunar new year celebrations).

There is also a production cycle, in two phases - phase one being the pre-release cycle, when all the components are exported from several Asian countries to China for production. Then the post release cycle, in which China ships the phones to the rest of the world. Sometime later, profits will be booked and tax paid in Ireland and the US (or Korea, in the case of Samsung).

Global sales may have plateaued in 2015, with new sales now being mainly replacements for existing handsets. This may mean future growth being much slower than in the recent past (indeed global shipments fell last year for the first time ever).

However Asia continues to gain share in other consumer electronics, including automobile computers, smart appliances and wearable devices. But what about the intellectual property associated with smartphones? How does that grow if the sales have stopped growing? (one clue in the IMF report - Apple increased the average selling price of an iPhone from $618 to $798 last year.

Apple boss Tim Cook has said Apple is the biggest taxpayer in Ireland. We have no way of checking that for sure, because of Revenue confidentiality rules (which also impact on the extent of the information the Central Statistics Office can publish).

That's a lot of selling power concentrated in a small handful of companies.

All this in a country that doesn’t even have an Apple store. Remarkable.