The sudden escalation in tensions between the UK and France over fisheries is part of a worrying pattern linked to Brexit and wider geopolitical concerns.

However, this time EU officials worry that both sides are playing for domestic political gain, but in so doing, they are leaving themselves very little room for compromise.

As a result relations between London and Paris are worsening and issues like the Northern Ireland Protocol are getting dragged in.

The French authorities have already seized a UK trawler in its territorial waters, and say they will tighten agri-food controls on goods entering the EU from the UK through French ports.

In reality, what is at stake is the ability of several dozen small French fishing vessels to fish in the rich waters around Jersey.

Pre-Brexit, most of the issues related to EU vessels fishing in UK waters were governed by mutual membership of the EU's Common Fisheries Policy (CFP).

The Channel Islands, including Jersey, were dealt with through a separate Anglo-French agreement known as the Bay of Granville Treaty, which was then superseded by the Trade and Cooperation Agreement.

Under the Trade and Cooperation Agreement (TCA), the future trade relationship concluded on Christmas Eve last year, French access to Jersey waters, and to the six to 12 mile zone off the UK coast, had to undergo a re-application process.

While there have been disputes over access to the six to 12 mile zone, the real crunch point is around Jersey.

The UK has already issued 66 permanent licences for French vessels to fish in Jersey. They've issued another 45 provisional licences that are valid until the end of January.

According to the TCA, French boats reapplying to fish in Jersey territorial waters must prove, using data, that they had a long track record in fishing there.

According to well-placed sources in Brussels, both sides seem to be confident that the 45 boats given provisional licences have provided data and are capable of providing more.

They are regarded as being in the waiting room for long term licences, which they will get once they’ve provided the outstanding data.

The problem is that 55 French fishermen have yet to receive any licenses. Of those, member states were informed during a technical meeting yesterday that 13 of those boats would be moving into the waiting room.

That leaves 42 boats which are left in limbo. Their licenses expire in two days’ time.

France has argued that these are very small boats which have a track record in fishing in Jersey waters but they are not technically capable of providing the kind of data the UK is asking for (as in, they do not have the kind of GPS systems required).

In other words, the UK can say they can prove that a French fishing boat owner was not fishing off Jersey some time in 2016 when the owner claims they were.

Officials say that, ironically, both the French and UK have been cooperating well at technical level through the EU-UK Specialised Committee which deals with fisheries, set up under the TCA.

There was one such meeting yesterday at which the French placed the Jersey issue on the agenda as an AOB item.

"It was a very technical, non-political, non-controversial exchange of information," says one official present. "These are people who talk to each other on a weekly basis."

While fisheries was a very controversial issue in the last stretch of the TCA negotiations, and has flared up since, there have been plenty of parallel negotiations between the UK and EU on a bilateral basis to agree TAC (total allowable catch) levels for a range of fish quotas for next year.

Officials say that work has been steady, but will now be complicated by the Jersey licensing furore.

One argument is that the UK could, in the interests of a more harmonious relationship, grant the licenses to the smaller boats, even if they do not (according to the UK) fully comply with the data requirements.

However, London can argue that it has allowed over 1,700 EU vessels to operate in UK waters and that by the end of January they will have permitted well over 100 licences for Jersey alone.

Since Jersey's own fleet is only around 60 strong, the UK could argue that it has already been generous and that the French government is escalating the dispute over what will ultimately be around 20-25 small boats which may not get a license.

So far those boats which have received a license are from Normandy, right on Jersey’s doorstep. It’s the Breton boats, further afield, which have been denied (and, surprise, surprise, it’s from where Jersey gets its electricity.

The European Commission is trying to mediate. At yesterday’s Specialised Committee meeting the Commission said the Jersey authorities had ignored some information they had been given by French vessels, so that technical discussion is ongoing.

Sources suggest the very hardball French approach could be to buy time, so that in the meantime the Commission could argue that the 42 boats which are left in limbo without licenses could be whittled down further.

Either way, the temptation seems to be too great for both Paris and London to ramp up the tension, and Brexit minister David Frost’s swift intervention has certainly raised the stakes further.

While the French government are simply using existing rules - such as agri-food checks - but hardening them, they have threatened further measures.

None of this provides the harmonious backdrop against which the Northern Ireland Protocol issues will get resolved. 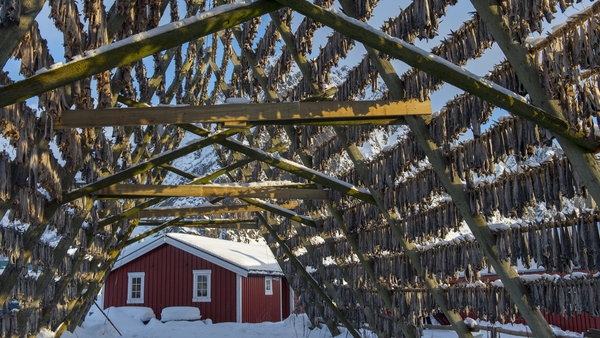 EU tensions with Norway and UK over fisheries