Back in the good old days of the property bubble, some people bought apartments and houses "off the plans", parting with money before seeing the actual bricks and mortar.

Today we have seen politicians in London and Brussels emulating developers and estate agents back then - selling hard a treaty that the rest of us can't see yet, and will have to spend some time working our way through.

Not surprisingly, both Boris Johnson and Ursula von der Leyen stressed the positives as each of them sees it: fair competition policy - the so called level playing field, and how it is refereed is the big win as far as the EU is concerned.

As Dr von der Leyen put it: "We now have a fair & balanced agreement with the UK. It will protect our EU interests, ensure fair competition & provide predictability for our fishing communities".

For the British, it is about catching more fish and a "points based immigration system" (which is not part of this agreement - free movement regulations end for the UK on January first under last years Withdrawal Agreement).

It is all part of claiming the agreement gains the key British target of "taking back control of our money laws and seas".

They are both selling hard, because they both need their respective political systems to buy the deal. And they need buy in from the wider community of economic and social interests - businesses, farmers, fishermen, students, voters, scientists etc who are effected by Brexit and its subsequent legal agreements. 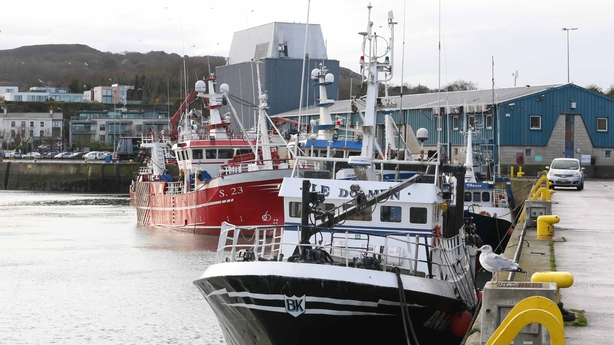 And in terms of political buy-in there isn't much time for either the EU or the Houses of Parliament to scrutinise the text and have their say on it.

EU ambassadors will be briefed on the deal by Michel Barnier tomorrow, Christmas Day (in most of mainland Europe, the 24th is a bigger deal than the 25th, but still - Christmas Day in the office!). And that's the start of a rushed process.

The British Parliament meets again on 30 December, with various Eurosceptic groups vying to produce their own analysis of just how Brexity the text is, while the Parliament's Future Relationship with the EU committee will no doubt want its own say on the deal ahead of any vote. And why not? They have put in the long hours over these past months of intense negotiations trying hard to assess the issue raised by the UK's departure, and what it needs from the future relationship with its biggest trade partner and strategic ally.

That latter bit is important as well, because we have become rather myopically focused on fish quotas and access to fishing territories over the past few weeks – a fixation broken up only by occasional spats over how to punish each other over issues of competition and state aid policy.

But the overarching reality is that the UK and Europe are where they are - and they aren't going anywhere. Which is to say, as always, geography trumps rhetoric. Britain and the EU need a very good working relationship because they are next door neighbours. The deal includes some elements of security co-operation - quite what we don't know yet - but in other respects the situation will get worse.

Britain will leave the European arrest warrant in eight days time, and will also be out of the main European real time policy intelligence system, SIS II - ironically on the very day that Ireland enters into the SIS II database. So despite assurances from Boris Johnson that the UK will retain crime fighting and anti-terrorism mechanisms, it is not wholly true. Things will change, and the UK will be losing capabilities that it has today.

It is the same with other aspects of the treat - such as road transport and aviation - less cabotage for British truckers, less flexibility for UK airlines: they can fly point to point from the UK to anywhere in the EU, but can't fly between EU airports - is less than they have today. 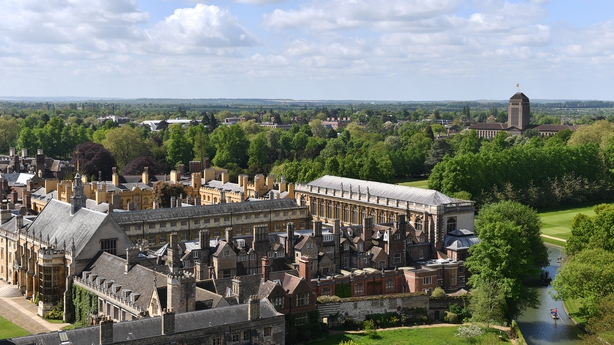 And Britain will no longer take part in the Erasmus student exchange programme, preferring to start its own "Turing Exchange" scheme for British student, mainly, it would appear, on cost-saving grounds (Mr Johnson said the UK was a net contributor to European higher education spending).

The big deal in the treaty is not having tariffs and quotas on the trade in goods. But there will still be an array of customs formalities to be completed and checked, adding cost and complexity to trade between the EU and UK.

The British Government thinks it is worth the extra bureaucracy and red tape to pursue the kind of policies it wants to. The European Commission thinks it has enough protections in the deal to cope with any serious competitive damage the UK might do in the future.

Now both sides want to concentrate on the future relationship between these two large entities that share the same geographic region and much else besides. That is why Boris Johnson sounded so emollient, striking a much more friendly tone than much of the anti-European rhetoric of recent months.

He said Britain had long had a difficult relationship with the EU - which he described as a noble project - and thought that the two could enjoy a closer, more relaxed relationship with Britain outside the EU, but ready and willing to support the EU on key policies, notably climate change, energy, transport and trade.

He said "The UK must always be a great European power, outside the main body of the EU, but there as friend and supporter, able to lend our voice when it is needed, and be supporter when it is needed at strategic level". But he said the "very dense integration process" in the EU wasn't right for the UK.

That's just the opening salvos in the sales pitches from both sides. It is probably best to wait until you can actually inspect the bricks and mortar of the deal itself before deciding to buy or not buy.