The need for customs infrastructure, how VAT will work and a shortage of trained customs officials in Northern Ireland have all emerged as key concerns for the EU following the latest meeting with the UK on the Irish Protocol, RTÉ News understands.

Officials say that while there has been significant progress in implementing the Protocol, there are concerns that time is running out for the UK to prepare the ground for the changes to come into effect on 1 January.

"But we are still quite far away from the ideal situation."

Yesterday, EU and UK officials held the second meeting of the so-called Specialised Subcommittee, set up under the Brexit Withdrawal Agreement to oversee the technical implementation of the Protocol.

The meeting was preceded by two days of technical discussions by officials on both sides over a broad spectrum of preparations for the Protocol.

Under the Protocol, Northern Ireland will remain in the UK's customs territory but will apply EU customs rules and will be part of the EU's single market for goods.

UK and Northern Ireland officials have begun intensifying the work to expand and prepare existing facilities at Northern ports and airports so that they can be designated as EU-approved Border Control Posts (BCPs), capable of receiving food, animal products, live animals, plants and animal feed from Great Britain.

Much of the work began once the UK produced its Command Paper, setting out how it intended to implement the Protocol.

The UK's chief veterinary officer, Christine Middlemiss, has written to her European Commission counterpart Bernard Van Goethem spelling out which Northern Ireland ports will need to be designated as approved BCPs by the commission.

An official has confirmed the commission is now studying the request.

However, EU sources say they are concerned that creating the appropriate infrastructure to allow customs procedures, as well as food and animal checks, and having trained customs officials and vets in place to operate the facilities, takes time and that time is running out.

"It's five months away," says one official. "Those people need to be ready."

VAT is one problem area, according to a number of sources.

Under the Protocol Northern companies will comply with EU VAT rules for goods, while the rest of the United Kingdom will have its own VAT system. Businesses will also follow UK VAT rules for services.

Currently, while the Brexit transition period continues, UK companies are part of the EU-wide VAT regime. Each company, including all Northern Ireland firms, has their own VAT identification number.

However, the ID number does not indicate where in the UK the company is located.

However, the European Commission is concerned that the IT system needed to ensure that Northern Ireland can integrate into the EU network is still not operational.

The EU system, known as VIES (the VAT Information Exchange System) operates between all member states and allows the tax authorities to trace commercial transactions within the EU.

Officials say that unless the IT system in Northern Ireland is fully aligned with VIES then trades involving the North and other member states will not be possible.

This would include north-south commerce on the island of Ireland.

"There are differences between the EU and UK over the proposed approach [on VAT] and some of the technical details and they haven't been resolved yet," says one senior source briefed on the talks.

"Even when they're resolved there's going to be a huge amount of technical work to be done and there's real concern we're running out of time on that."

The UK Command Paper, published in May, sets out London's intentions in implementing the Protocol, and while it acknowledges that Northern Ireland "remains bound by EU rules" on VAT rates, it does not spell out how the VAT system in Northern Ireland will work.

The paper states: "The [UK] Government is confident that we can use the flexibilities available, in the context of the wider commitments to Northern Ireland's place in the UK internal market, to implement these aspects of the Protocol in a way which minimises new costs and burdens on businesses in Northern Ireland."

In a statement following the Specialised Subcommittee meeting, the UK said it had "reiterated that our approach will at all times be focused on protecting the Belfast/Good Friday Agreement and gains of the peace process. We reiterated the central importance of protecting Northern Ireland's place in the UK's customs territory as set out in our Command Paper.

"Both the UK and the EU noted the intensification of technical discussions, as agreed in the Joint Committee last month. The UK also noted its intention to provide further guidance to businesses in Northern Ireland in the coming weeks." 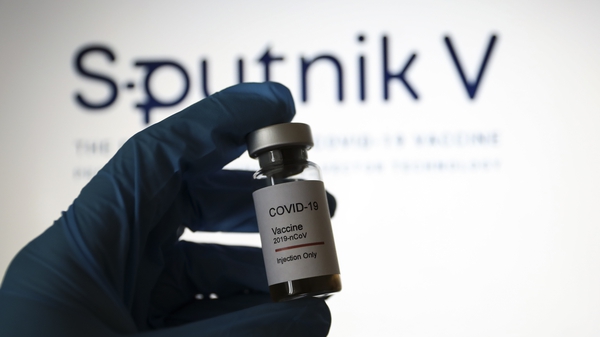 NI Protocol: The legal EU action and roadmap to a deal