The Catholic Church in Ireland has been "almost fatally destroyed" by the clerical child sexual abuse scandal, according to a former Provincial of the Jesuit Order here.

Fr Gerry O'Hanlon SJ told an Australian inquiry into abuse that the loss of the church's moral authority here once the scandal was publicly exposed was what he called the "crucial" factor.

He said the Irish hierarchy was forced in the 1990s, "not least due to media intervention and the intervention of public opinion to be more proactive" about the crisis. He said the bishops here owe a lot to survivors and victims who have spoken out on the issue.

But he added that "Rome didn't seem to quite get it" probably well into the current millennium and that the Catholic Church was poorly prepared to examine abuse complaints because the priest was perceived "as in some sense superior".

He made his remarks by video-link from Dublin to Australia's Royal Commission into Institutional Responses to Child Sexual Abuse which is sitting in Sydney. 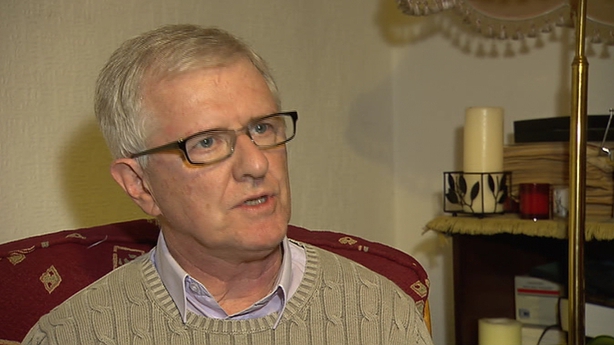 For four years now, a six-member Royal Commission has been investigating how institutions of all sorts with a responsibility for children managed and responded to allegations and instances of child sexual abuse.

He told Gail Furness, counsel for the Commission, he thought the issue of child sexual abuse by clergy and religious probably first came to his attention in the late 1980s and early 1990s, and later during the six years after 1998 when, as Provincial of the Irish Jesuits, it was "a very important part of (his) responsibility".

He agreed with counsel that it was part of his job to deal with claims and allegations in relation to the Jesuits.

He recounted setting up a small committee, comprising "a psychologist, a legal person - a judge - and a Jesuit" and said they advised him throughout his six years as Provincial on the various issues which came up.

He continued: "We tried, in addressing those issues, to combine what we called a pastoral approach with a legal approach. So on different occasions I met a number of the people who had been abused, and I think that was probably the best learning experience for me. I had read literature, I had attended conferences, but I think that the most relevant learning occurred when I sat down, sometimes for long periods, with people who had been abused and who told me their story.”

He said that among the things he had learned was "the devastation (the abuse) had wreaked on their lives, not just with regard to their own life, but the lives their families.

"I recall in particular one person talking to me about the impact it had had on his own family life and his difficulty, for example, in touching his own children and expressing intimacy in a physical kind of way, and the great relief that came to him when he found that he was able to do that with his grandchildren.

"But I was so struck by the fact that for most of his adult life, he had been imprisoned, if you like, in that inability to express himself in a most normal way with his own children. It struck me what an awful effect that had had on his life, and obviously he was one of many."

Asked by counsel whether speaking to survivors like that man had affected the way that he approached claims that were made to him, Fr O'Hanlon said his committee was advising him, and very often I wasn't in the frontline.

Asked about the government-established Murphy Report which was published in 2009, Fr O'Hanlon said it made him reflect more intensely on how the church was organised.

He said that despite the reforms proposed by the Second Vatican Council (1962-65) it had retained a "very much … top-down model of authority".

"That was particularly emphasised during the pontificate of John Paul II, who did marvellous things, added extra if you like, with regard to the church, particularly with regard to relations with communism and (the) Solidarity (Movement)…. in Poland, but internally was very firm about the strong monarchical model of papacy and centralisation."

He said he believed this centralised model of authority was unhealthy and "a contributing factor to the delay and the poor response of the Catholic Church to the emergence of the clerical child sexual abuse scandal".

Citing the Dominican theologian Yves Congar's reference to "a creeping infallibility" in the church, he said "everything that came from Rome was taken as gospel, and local bishops didn't take their own responsibility seriously enough; they looked over their shoulder all the time to Rome. This constant recourse to Rome and the fact that the organisation was very top-down and tightly controlled served the church poorly when the issue of child sexual abuse emerged, because what happened there was that at the very top, certainly at the level of priests, a grievous injury was being inflicted on the church, and the church was poorly prepared to examine the complaints that were coming in because it was used to seeing the priest as in some way, if you like, above reproach and perceived within the church, not just by priests but also by laypeople, as in some sense superior.

"So, in that sense, there weren't other voices being introduced. And I think allied to that - and it ties in with the business of a tightly controlled organisation - there was a real lack of freedom of speech and public opinion within the church. So when people wanted to speak - and I'm not just talking about clerical child sexual abuse but about other issues in the church that might have been considered to be controversial - if they weren't following what was perceived as orthodoxy, often defined in the very narrow  sense, then they were liable to censure of one sort or another. That was particularly so in the area of sexuality and gender. So there was a particularly tight rein, if you like, kept on opinion in those areas.

"When priests or laypeople were accused of stepping out of line (regarding child sexual abuse), the procedures for redress were not robust. The Congregation for the Doctrine of the Faith has a number of procedures which they have outlined in an instruction, which was updated in the late 1970s, with regard to a just way of proceeding with regard to complaints, but in fact most canon lawyers looking at that would say that they fail to meet the standard of ordinary secular justice and they don't give a good hearing to people.

"So there was an overall culture within the church of lack of freedom of speech, deference to priesthood, bishops, if you like, almost a sense that they were right, and that was a very unhealthy situation, which Ladislas Orsy, the American canon lawyer, has referred to as a lack of a vigorous immune system within the church, " Fr O'Hanlon said.

Counsel asked if he had understood that there were any particular instructions, not necessarily of a formal type, from Rome as to how the Irish church authorities should deal with clerical child sexual abuse.

He replied: "Yes, there is some evidence during the 1990s of toing-and-froing between Rome - and qualifying what I said about the bishops not taking up their own responsibility, I think they were forced in the 1990s, not least due to media intervention and the intervention of public opinion - the bishops were forced to be more proactive about the whole situation.

"They did engage with the situation, and at a certain point, it would seem, in the toing-and-froing between them and Rome that Rome was certainly learning rather than the bishops learning. In other words, at some point during that period - and I would say lasting until the end of the 1990s and probably well into the 2000s - Rome didn't seem to quite get it. They were very reluctant, for example, to approve the proper reporting to civil authorities and there is evidence that a number of Irish bishops were very unhappy with that, and the Irish bishops went ahead, anyway….."

The Commission's Chair, Justice Peter McClellan asked Fr O'Hanlon if the church would have brought down the wrath of the society on itself if it had identified abuse early on in the scandal as a crime and taken it to the civil authorities. He responded that that would not have been the crucial thing.

"I think the loss of moral authority in Ireland, which had already happened once this scandal came out into the open, was altogether the crucial thing. I think where it might be argued along the lines you are suggesting is that for them to admit it was a crime, and in that sense go legal, they would incur all kinds of financial liabilities and so on, and I think there's certainly some possibility that that was a factor. But I've no hesitation in saying there was an institutional defensiveness around reputation. I think it pertained as much to the moral arena as the legal arena.

"I think it's a defensiveness that you will find in many other organisations. We are finding it, for example, in England at the moment with regard to as different a field as professional football, soccer. We find it in different organisations. But of course it was all the more egregious coming from an organisation which, if you like, in a good sense, prided itself on doing what was good and what was right and favouring the weakest. For an organisation like that to have been shown to be so at fault and so in error, I think the reputational damage was enormous, and that was so whether it was simply a moral issue or had also criminal ramifications, which it clearly had."

Fr O'Hanlon agreed that secrecy, deference to priests and, in turn, deference of the bishops to the Pope clearly effected the institutional response of the church to allegations. But he added that he thought, over the long run, what had happened was that the Catholic Church, "certainly in Ireland - I can only speak for Ireland, but I also see signs of it happening in Rome as well" - had "come up with a very vigorous response to child sexual abuse, and their guidelines are recognised to be very progressive, and the resources that they have put in in terms of pastoral, psychological, legal, monetary, have been considerable."

Turning to the legal aspect of the scandal, Fr O'Hanlon said that if the church had been left to its own devices, they probably would not have reported to the civil authorities.

"I think they owe a lot to the voices of the survivors, the voices of those who still describe themselves as victims, and the media for putting the kind of pressure on that allowed the church, in the end, to do the right thing and to understand - in a way that formally they may have done so, but operatively they hadn't done so - the intrinsic and legal implications of what was involved. Certainly in Ireland, it's no longer an issue. Things are reported to the legal authorities very, very quickly."