Talks between the leaders of Fine Gael, Fianna Fáil and the Green Party on a programme for government have concluded for the night and will resume in the morning.

The three leaders had been meeting since early afternoon after negotiations between party representatives concluded overnight.

Fianna Fáil leader Micheál Martin has said he expects the party leaders will sign off on a deal when the talks resume.

Leaving Government Buildings at around 10pm, he said good progress had been made, but would not be drawn on which items had been resolved or which were outstanding.

He said the three leaders "should be in a position to see this through" when the talks resume in the morning.

Fianna Fáil leader Micheál Martin has said he expects the party leaders will sign off on a deal tomorrow, after government formation talks concluded for tonight | More: https://t.co/eJiJBCCWyZ pic.twitter.com/BMDKGwG3vE

Earlier, issues around taxation and pension remained to be resolved.

Green Party Leader Eamon Ryan said a commission would be established to look at the issue of the pension age.

Speaking after the talks concluded for the night, he said the bulk of the text of the programme for government was agreed and the party leaders would return to sign off on it.

He said the leaders would have the opportunity to read over it before signing it.

He said the issue of pensions is a complex one involving not just age but also other issues, including PRSI, so it is appreciated to refer it to a commission which will come back with recommendations

Green Party leader Eamon Ryan has said the bulk of the text of the programme for government is agreed and the party leaders will return tomorrow to sign off on it | More: https://t.co/eJiJBCCWyZ pic.twitter.com/UXegSDX2pW

Minister for Finance Paschal Donohoe said a lot of work was being done and they should be in a position to bring things to a conclusion in the morning.

Leaving Government Buildings, he said the party leaders should be in a position to bring a programme to their members tomorrow.

Asked about the mood in the room where the party leaders are meeting, he said: "A mood of great work."

Minister for Finance Paschal Donohoe has said the three party leaders are assessing where things stand on government formation, and they should be in a position to bring things to a conclusion tomorrow | More: https://t.co/eJiJBCCWyZ pic.twitter.com/hHqY2k0w5a

The programme for government agreement is set to ban the further exploration of gas in the waters off Ireland in what is seen as a significant concession to the Green Party.

There will also be a ban on the importation of fracked gas.

It could also prove crucial as the party aims to win the support of two thirds of its membership for a deal that would see it go into government for just the second time in its history.

Matters like a deferral of the pension age rising to 67 from next year and plans for income tax, the USC and carbon tax in the coming years were among the issues facing the three leaders.

Arriving at Government Buildings earlier, Tánaiste Simon Coveney said there had been a "very successful conclusion to the discussions last night, that has injected real momentum and trust between parties".

He was "hopeful" that any remaining issues would be concluded today and said the drafted text was "good for the country".

Speaking on RTÉ's The Week in Politics, Minister for Health Simon Harris said Fine Gael has "engaged constructively" in the talks.

He said it had worked to ensure a number of key issues will be contained in the programme for government, including protecting people's incomes.

He also said he was very happy with "concrete commitments" to areas of health agreed by all three parties with a focus on the implementation of Sláintecare.

.@SimonHarrisTD says he is hopeful that the party leaders will finalise the agreement today. He says @FineGael have a number of key issues that they want contained in the programme for government. #rtepolitics #rtetwip pic.twitter.com/OSb3AQPyeW

Also speaking on The Week in Politics, Fianna Fáil's Mary Butler said there were three strong negotiating teams working on government formation and when Fianna Fáil members see the document, they will see their influence on that in relation to housing, health, homelessness and climate action.

"The most important thing is that a deal is done and ratified by our members and all three parties," she said.

She said whether their party leader Mr Martin is Taoiseach first or second is "irrelevant".

.@MaryButlerTD expresses the need for a strong stable secure government. She says @fiannafailparty have been to the fore on these negotiations. Repeat at 23:35 on @RTEOne. #rtetwip #rtepolitics pic.twitter.com/YFyI6vcfkI

Green Party TD Malcolm Noonan, speaking on The Week In Politics, said he expected the deal will be signed off after an "exhaustive" process of negotiating.

He said he thinks Green Party deputy leader Catherine Martin will back the deal, adding that he felt she has done a "wonderful job" leading the negotiating team.

He said a lot of the Greens' demands are included and there should be enough for its members to be happy with.

.@greenparty_ie TD @noonan_malcolm says that he is hopeful that the three party leaders will sign off on a programme for government today. He says it is important that this process reaches a conclusion. #rtetwip #rtepolitics pic.twitter.com/gby0h4LUNN

Mr Noonan, who is also the Green Party's spokesman on Rural Affairs, said the agreement will mean "a change agenda" for rural Ireland but added that farmers will have nothing to fear.

Sinn Féin TD Matt Carthy said that if the objective of Fianna Fáil and Fine Gael was to "deny the very clear mandate for change delivered by the people" in the last election "they may have succeeded" in that.

He said the "real losers" would be those people who mobilised in "unprecedented numbers to vote for change".

.@mattcarthy Says FF and FG deny the mandate for change that was delivered during the General Election. He says the Green Party have fallen in behind them to create a government that doesn't represent the type of change people wanted. #rtepolitics #rtetwip pic.twitter.com/pwDyHatiAY

People Before Profit TD Bríd Smith said what is needed is a radical left government but that parties of the left have not being given an opportunity to discuss that possibility.

During the programme for government negotiations, there was a two-to-one split in the vote in favour of public transport over roads.

The proposed deal is expected to include measures to boost the building of both affordable homes and social housing.

There is also likely to be increases in carbon tax in the years ahead possibly beyond the scope of what was previously planned.

There are still some things, however, that the party leaders must decide on before the agreement gets the approval of all sides. 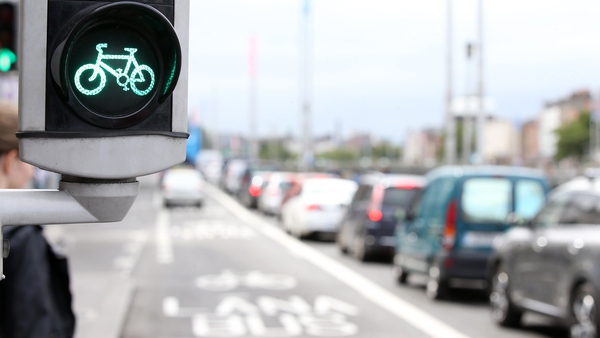