Once-in-a-generation protests have brought a multiracial and overwhelmingly peaceful coalition into the streets for the past week but each night has descended into mayhem, with both activists and officials blaming agitators.

Some of New York's famous shopping streets were ransacked overnight, including the Macy's flagship, while four police officers were shot in St Louis, long a hotbed of racial tensions.

But there was relative calm in Minneapolis, where the uprising began following the 25 May death of George Floyd, an unarmed black man who was pinned down for nearly nine minutes under the knee of a white police officer, who ignored his pleas for his life. 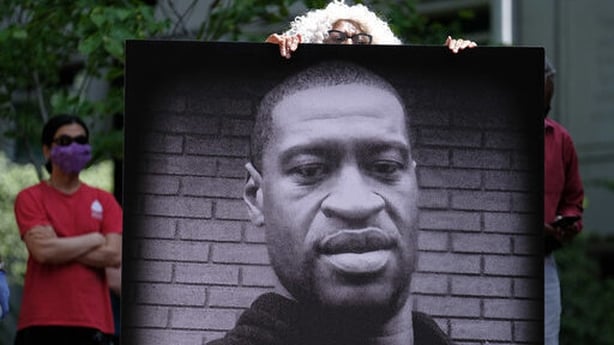 George Floyd's hometown of Houston held a memorial march for him this evening.

Attendees recounted a "gentle giant" whose legacy had helped the city largely avoid the violent protests seen elsewhere in the US.

The memorial march was organised by well-known rappers in Houston, and the city's mayor and police chief were expected to attend.

In Washington, federal police yesterday abruptly fired rubber bullets and tear gas into a peaceful crowd in Lafayette Park outside the White House, permitting Mr Trump to walk through for a brief photo-op at a historic church that had suffered damage the night before.

Military helicopters hovered over crowds in downtown Washington, noisily blowing debris as protesters who had defied a curfew fled.

Mr Trump voiced glee on Twitter over the response in Washington and accused the leadership of New York - led by the rival Democratic Party - of succumbing to "Lowlife & Scum".

"Overwhelming force. Domination," wrote Mr Trump, who a day earlier declared himself "your president of law and order".

US turned into 'battlefield'

But the strong-armed tactics near the White House triggered outrage as the protesters had been peaceful and a citywide curfew had yet to take effect.

Joe Biden, Mr Trump's presumptive Democratic rival in 3 November elections, accused Mr Trump of caring only about his own power and said that, if elected, he would tackle the "systemic racism" in the country. 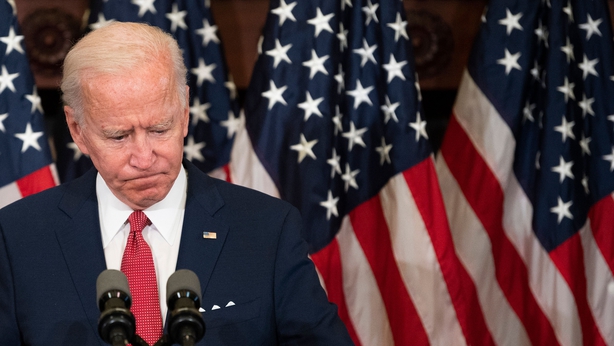 "Donald Trump has turned this country into a battlefield driven by old resentments and fresh fears," Mr Biden said in a speech in Philadelphia, also hit by violence.

"He thinks division helps him," Mr Biden said. "His narcissism has become more important than the nation's well-being."

Mr Trump today visited another prominent religious site, a shrine in honour of Pope John Paul II, prompting the leader of the Roman Catholic Church in Washington to say the space was being "egregiously misused and manipulated".

The late pontiff "certainly would not condone the use of tear gas and other deterrents to silence, scatter or intimidate (people) for a photo opportunity in front of a place of worship and peace," Archbishop Wilton D Gregory said.

The United States also faced unusual criticism from some of its international allies.

"I hope that these peaceful protests won't slide further into violence, but even more than that I hope that they will make a difference in the United States," Mr Maas told reporters.

Germany, Britain and Australia all voiced concern about the safety of the media after a number of journalists were caught up in the violence.

In New York, which has seen some of the fieriest of the dozens of protests triggered nationwide, Mayor Bill de Blasio extended a curfew through Sunday that will start each night at 8pm.

It is the first curfew since World War II in the "City that Never Sleeps" and comes just as the metropolis was emerging from weeks under coronavirus lockdown.

The curfew began Monday at 11pm but New York was already suffering widespread looting, with rioters smashing storefronts on posh Fifth Avenue, pulling electronics from a Best Buy store and breaking into Macy's, the department store known for its iconic Christmas displays.

Protests each day have begun peacefully.

Mourners plan a service Thursday in Minneapolis to mourn Floyd, who died after being accused of trying to buy cigarettes with a counterfeit bill.

Violence subsided markedly overnight in Minneapolis, leading authorities to consider reducing the number of National Guard forces on the ground.

But violence spread elsewhere with four officers shot overnight in St Louis near the police headquarters after a night of clashes and looting. None of the injuries were life-threatening.

St Louis Police Chief John Hayden told reporters that protesters were peaceful but that a separate group of 200 later showed up who "obviously had no intention of protesting, doing anything constructive" and threw fireworks and gasoline at officers.

Seattle, the scene of 1999 anti-globalisation protests that remain emblematic for global anarchists, also saw intense scuffles overnight with crowds throwing rocks, bottles and fireworks at police, who responded with tear-gas. 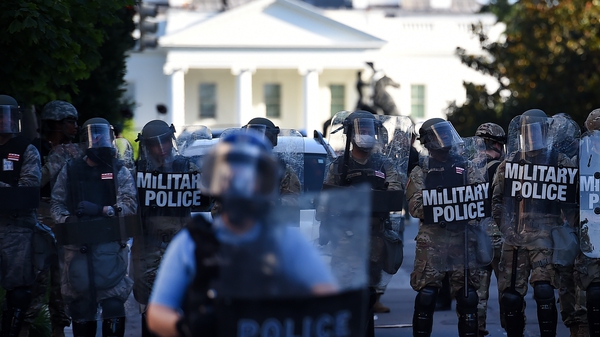