It may be one of TV's toughest challenges and sharing the spoils is a PhD student from Lucan, Co Dublin.

The 26-year-old, a graduate of Trinity College Dublin and the University of Oxford, is in his second year of a PhD in computer science. 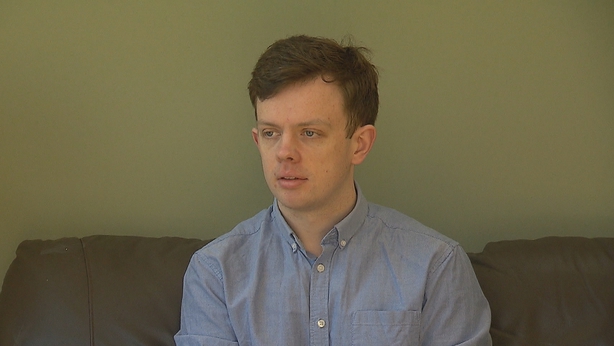 Due to Covid-19 restrictions, he is now working from his home in Lucan, where he is also celebrating his big win.

"It was a pretty great experience, start to finish, because I've been watching University Challenge for so long. The show was great fun. You meet a lot of people that you already know from other quiz competitions.

"It's nice not to have to keep the secret anymore! I've had to keep a straight face about the win whenever my friends ask," he said.

The programme was recorded over several weeks last autumn.

"There's a long period between when we're selected and the whole production process, so all the guys on the team were initially worried that we wouldn't like each other. But we're all still good friends and we ended up doing pretty well," he said.

Conor and his teammates, Richard Brooks, Brandon Blackwell and Caleb Rich, were selected to compete for Imperial College last year.

"There were two rounds of trials, and I had to do a written exam first. Then the college picked the best 20-30 candidates. They had us buzzing in quizzes then for an evening, and then they chose the team members after that," he said. 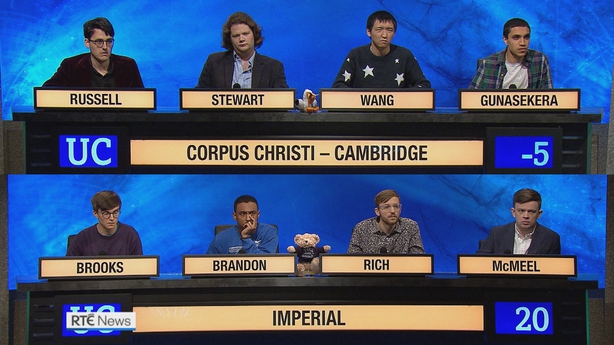 In last week's semi-final, the team beat Trinity College, Cambridge by 235 points to 80. Conor said they did lots of preparation before the competition began.

"You have to be somebody who enjoys accidentally spending a couple of hours on Wikipedia. A lot of the questions I answered in the show were subjects I'd read about or remembered from other quizzes.

"As a team, we practised a lot and went to quizzes together. I don't know a lot about astro-physics, for example, but a question came up about asteroids in the final. I'd read about them a couple of weeks previously so it was great that the reading paid off," he said.

Conor's dad, Shane McMeel, said the win was a huge source of pride for the family.

"What impressed me most was that there were 17,000 students at Imperial College, so to even get onto the team was an achievement. But to go all the way on to win was absolutely tremendous.

"We're very proud. Conor always had a talent for facts. He just absorbed them like a sponge absorbs water, and could recall them without a problem. He was always good at that," he added.

His younger sister, Clodagh, is working in Belfast and was not able to travel home to watch tonight's final on BBC Two with the rest of the family.

"It's been great to cheer him on and see all the support Conor is getting. Everyone is delighted. I'm really proud of him. He put in a lot of work and it's great that it's paid off," she said.

Conor hopes to return to London to properly celebrate his win when Covid-19 restrictions are lifted.