Minister for Health Simon Harris has signed regulations to give gardaí the power to enforce Covid-19 restrictions.

Gardaí are to launch a nationwide policing operation to discourage people from leaving their homes and travelling to holiday locations over the Easter weekend.

RTÉ News understands that additional checkpoints are to be placed on the main routes out of the cities and on roads to the coast.

Garda patrols are also to be stepped up at key locations such as parks and natural beauty spots.

The initiative comes amidst Government concerns that increasing numbers of people are congregating and not remaining within 2km of their homes.

The Government introduced emergency legislation restricting movement two-and-a-half weeks ago, but gardaí had not been able to enforce it because the minister had not signed the necessary regulations.

A further 36 people with Covid-19 have died in Ireland bringing the overall death toll to 210.

There were 345 more cases of the coronavirus diagnosed in the Republic, bringing the number of confirmed cases to 5,709.

Minister for Health Simon Harris has said he will be signing regulations tonight to give gardaí powers to enforce Covid-19 restrictions | https://t.co/wdaZ8k3hDX pic.twitter.com/QmZLeHtnRB

Speaking earlier on RTÉ's Prime Time, Mr Harris said that while progress was being made, now was not the time for complacency.

Mr Harris urged people to "stick the course" and continue to follow public health advice, particularly in the run-up to Easter.

He added: "We need to follow the public health advice, particularly as we come into what is traditionally a busy holiday weekend. There simply cannot be one this weekend."

"The spread of the virus is slowing but people travelling could give it a boost - spreading it and seeding it in areas unaffected so far. Stay at home and #FlattenTheCurve".

Chief Medical Officer Dr Tony Holohan has said he does not expect to be able to recommend a lifting of severe restrictions on economic activity and the movement of people by this weekend.

He said continued levels of high compliance was needed with the restrictions introduced last month.

Minister Simon Harris: "We need to follow the public health advice, particularly as we come into what is traditionally a busy holiday weekend. There simply cannot be one this weekend" @RTE_PrimeTime https://t.co/hVzjFHW5p4 pic.twitter.com/soJ69gWjDS

Mr Harris also said there were some encouraging signs from the rate of new cases and admissions to intensive care units. But the minister said the virus was "not in a sustainable" position.

He said there were about 140 people currently in ICU, with some now being discharged from critical care.

Mr Harris said modelling on data would be published on Thursday, with a recommendation being made about whether to ease restrictions on movement.

But he said he did not envisage that those restrictions would be lifted this week.

The National Public Health Emergency Team expressed concern today that a proportion of the population may seek to travel to holiday destinations, holiday homes and mobile homes across the country this weekend.

In a statement, the NPHET said: "While current restrictions have reduced the number of people becoming infected by one confirmed case, this depends on people staying at home and following public health advice.

"There has been unprecedented sacrifices made across society in recent weeks to protect all people on this island from Covid-19.

"We urge the public, on this Easter holiday with sunshine and isolation fatigue, to stay the course and comply with the recommendations and measures in place. Stay at home and keep Ireland safe." 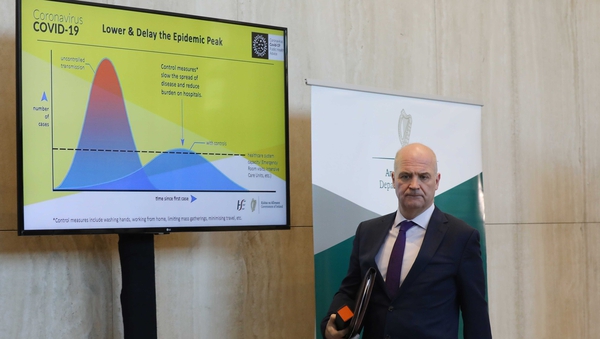 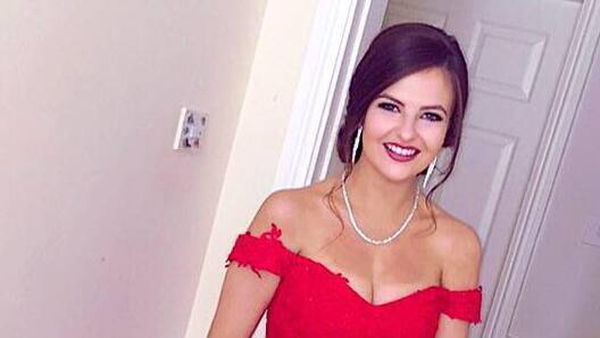