A further 36 people with Covid-19 have died in Ireland bringing the overall death toll to 210.

345 more cases of the coronavirus have also been diagnosed in the Republic, bringing the number of confirmed cases to 5,709.

Of those deaths, 17 were female and 19 were male. The median age of those additional deaths is 81, and 24 of the 36 people had underlying health conditions.

In terms of transmission, community transmission accounts for two thirds of cases at 67%.

Dr Cillian de Gascun reported that 42,484 tests have now been carried out, with 12,271 tests carried out in the last week.

19% of the tests done in the last week were positive.

In Northern Ireland, three more deaths have been reported from the coronavirus today, bringing the total number of deaths to 73.

There has been 97 new cases of Covid-19 diagnosed in the region, bringing the total number of infections to 1,255.

Speaking this evening, Chief Medical Officer Dr Tony Holohan said we need to see continued levels of high compliance with the travel restrictions given the highest number of deaths was reported today.

He said the disease is still here, it still represents a risk to people and is being transmitted at a rate that gives concern.

Dr Holohan said we are not at a point yet where we are ready as a society to step back from the collective effort we have made.

Despite the good weather and bank holiday weekend, Dr Holohan said we must continue to double down on measures in place to interrupt the transmission of the infection.

It is a significant ask but, he said, we are continuing to make that ask of people.

When asked if he thought Dublin needed stricter measures, he said rates are growing at similar rates in all parts of the country so they will not selectively focus on Dublin.

Increasing Covid-19 restrictions for the next week or two would bring down transmissions and might shorten the time that our economy has to stop, Professor Sam McConkey said earlier today.

Speaking on RTÉ's Drivetime, Prof McConkey, the head of the department of international health and tropical medicine at the RCSI, suggested that by "going hell for leather" in terms of restrictions for the next two weeks we could eradicate community transmission of Covid-19.

Prof McConkey pointed to China, where he said after the economy was closed off for two weeks the number of transmissions started to drop.

"I think adding more restrictions for a week or two to really bring down transmissions might shorten the time that we have this plague among us; that our economy has stopped.

"By really going hell for leather and doing all we can do for the next week or two and getting the numbers down so there is no more community transmission of Covid-19.

"We need to get unexplained community transmissions down almost to nothing before we relax and start doing everything that we'd like to do again," said Prof McConkey.

Tánaiste and Minister for Foreign Affairs Simon Coveney said that the public had responded "in an inspirational way" to the restrictions and guidelines imposed during the Covid-19 emergency.

He said the Government has an "emergency to manage so our job is to make sure we do everything we possibly can to minimise the number of people who die from Covid-19 in Ireland".

Meanwhile, fourth-year nursing students who are currently working as interns in hospitals are set to be paid more, the Irish Nurses and Midwives Organisation has confirmed.

In an update to its student members, the INMO said that the Department of Health and the Health Service Executive had clarified that fourth-year interns, who were earning less than Healthcare Assistants (HCAs), will now be paid on the HCA salary scale.

First, second and third-year students, whose placements were cancelled, were already entitled to apply to work as HCAs, and part of that work would count towards their clinical placement hours.

Meanwhile, the Republic of Ireland and Northern Ireland administrations have signed a memo formalising their co-operation in the battle against the coronavirus.

A memorandum of understanding (MOU), which has been signed by the two departments of health, focuses on facilitating greater co-operation on messaging, research and public health measures.

Other areas will also be considered including procurement.

It comes following apparent confusion when Stormont Finance Minister Conor Murphy said he had agreed a deal with Dublin for an order of Personal Protective Equipment from China which did not materialise.

The Republic's Department of Health later said it had not been possible to place the joint order, due to what it said was "the context of what is an increasingly challenging international environment" for such equipment. 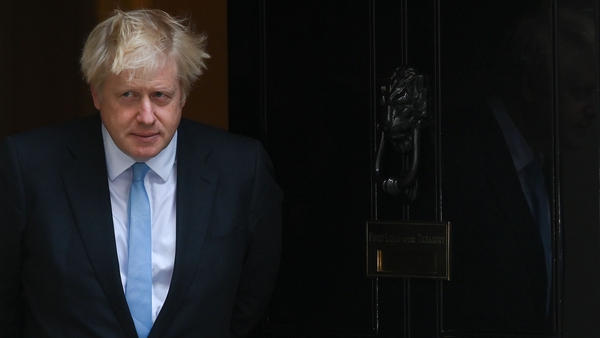