British Prime Minister Boris Johnson is spending a second night in intensive care as he battles the coronavirus.

Mr Johnson is receiving oxygen support but is stable, in good spirits and breathing without assistance, said Foreign Secretary Dominic Raab, who is standing in for the prime minister.

"I'm confident he'll pull through because if there's one thing I know about this prime minister, he's a fighter and he'll be back at the helm leading us through this crisis in short order," Mr Raab told a daily news conference.

Mr Johnson's personal battle with the virus has shaken the government just as the UK, now in its third week of virtual lockdown, enters what scientists say will be the deadliest phase of its coronavirus epidemic, which has already left 6,159 people dead.

Mr Johnson, 55, was admitted to St Thomas' Hospital, across the River Thames from parliament, late on Sunday after suffering symptoms, including a fever and a cough, for more than ten days. 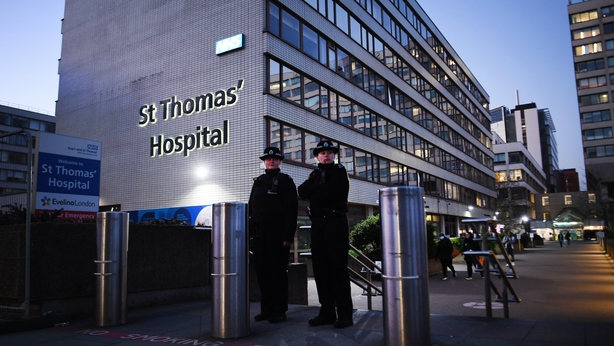 But his condition rapidly deteriorated, and he was moved yesterday to an intensive care unit, where the most serious cases are treated, in case he needed to be put on a ventilator.

Queen Elizabeth wished Mr Johnson a full and speedy recovery and sent a message of support to his pregnant fiancée, Carrie Symonds, and his family, echoing warm words from the likes of US President Trump and other world leaders. 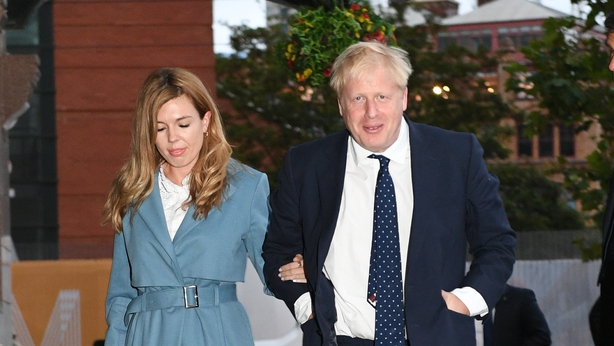 Mr Raab said: "I know that there's been a groundswell of messages of support from people here at home, from leaders around the world and I know that everyone will want to join with me in wishing the prime minister a very swift recovery."

However, the absence of Mr Johnson, the first leader of a major power to be admitted to hospital with Covid-19, has raised questions about who is truly in charge at such a crucial time.

Britain has no formal succession plan if a prime minister is incapacitated, and Mr Raab said Mr Johnson had asked him to deputise for as long as necessary.

If Mr Raab is incapacitated, finance minister Rishi Sunak would stand in.

"I've got total confidence in the arrangements that the prime minister has put in place so that I can discharge responsibility for him, deputising for him while he's out of action, and obviously we hope that will be for a very limited period of time," Mr Raab said.

He said decisions in government were being made collectively by Mr Johnson's cabinet of top ministers, and they had "very clear directions, very clear instructions" from him and were focused on implementing them.

It was not clear what would happen if there were disagreements about a change in strategy.

The government is due to decide early next week whether to start easing a near-total economic and social lockdown meant to contain transmissions of the virus.

Some ministers have suggested it should be extended, after seeing some people using sunny weather as an excuse to flout the rules.

Mr Raab indicated it was unlikely the lockdown would be eased, saying they were not yet at a stage to review it.

Britain's chief scientific adviser said it would be another week or so before it was clear whether the number of new cases was flattening.

Today's daily death toll of 786 was the highest to date. 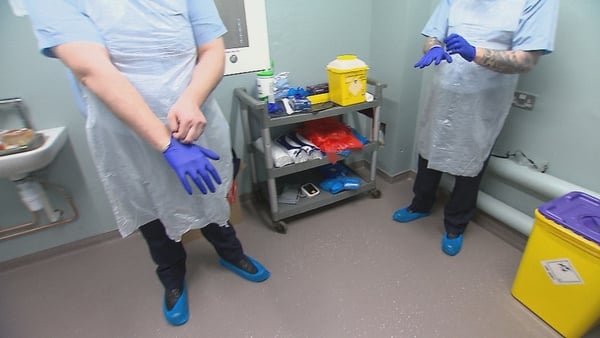 Prisons and inmates adapt to restrictions posed by Covid-19