The jury at the inquest into the death of the man who murdered Jastine Valdez has made six recommendations.

These include that all gardaí should receive emergency response training and that the Civil Defence should review their procedures in response to any similar event in the future.

Mark Hennessy was shot dead by gardaí as he sat in a car at Cherrywood Business Park in Dublin, a day after he abducted and killed the 24-year-old Filipino student in May 2018.

After deliberating for an hour and 20 minutes, the jury returned a narrative verdict, outlining the facts of the case.

Dublin City Coroner Dr Myra Cullinane had earlier told the members of the jury there were several verdicts open to them.

She told them that she would pass on their recommendations to the appropriate agencies for their consideration.

Dr Cullinane said the lives of two families had been changed irreparably by the events that unfolded over a 48-hour period in May 2018.

She said the events were "exceptionally unique in our society" and said the public had been very moved by the plight of Ms Valdez. 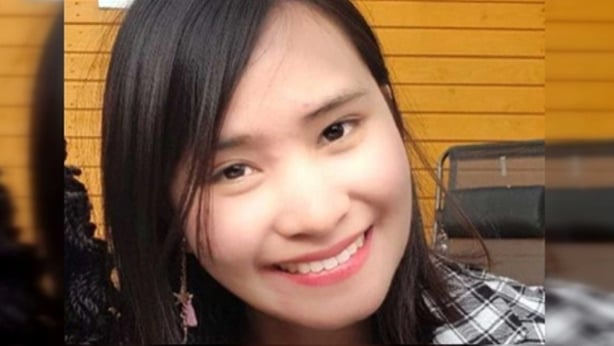 The detective who fired the shot told the Coroner's Court that he had been convinced that Ms Valdez had also been in the Nissan Qashqai and that her life was at imminent risk.

A radio call had informed gardaí that a member of the public had seen the suspect's car and had believed they had seen a second person in the vehicle.

Garda A said Hennessy had "looked like a man possessed" as officers approached the car.

He told the inquest the suspect seemed "aggressive and agitated" and was clutching a Stanley knife with the blade exposed.

The detective said Hennessy was moving around as though involved in a struggle, and he believed "utterly and absolutely" that Ms Valdez was inside the car and about to be killed.

When the suspect failed to respond to Garda A's demands to drop the knife, the detective said he had no other choice but to discharge his firearm in an effort to save the life of Ms Valdez.

He also spoke of his shock upon discovering that the student had not been inside the car.

The acting State Pathologist, Dr Linda Mulligan, yesterday told the Coroner's Court that Hennessy died from a single gunshot wound discharged through the window of a car.

She said he had been mildly intoxicated at the time of his death and there was also evidence of recent cocaine use.

The inquest heard that Hennessy had used a knife to self-harm moments before he was shot shortly after 8pm on 20 May 2018.

Earlier, the inquest was told that the Garda Síochána Ombudsman Commission had been informed about the shooting "within 45 minutes" of Hennessy's death.

GSOC senior investigating officer, Nick Harden, described how the garda command centre had been advised that shots had been fired in a car park at Cherrywood Business Park and an ambulance had been requested.

He told the inquest that notification to the ombudsman's office has been "very prompt" in relation to other referrals made to GSOC "over the years".

Mr Harden also confirmed that the gardaí at the scene had fully cooperated with the subsequent GSOC investigation into the fatal shooting of Hennessy.

He said the officers had been responding to a "highly stressful and dynamic situation" and would not have had time to establish which individual garda had been in control.

In relation to evidence recovered at the scene, Mr Harden said one spent cartridge had been found on the ground behind the Nissan Qashqai, as well as the firearm that had been used by Garda A, the detective who killed Hennessy.

Mr Harden told the Coroner's Court that several items were taken from the deceased's car, including a "heavily blood-stained note" and a yellow knife.

He said that since Hennessy's death, plans were being made to improve communications between members of An Garda Síochána involved in a similar firearms incident, the securing of evidence, and the GSOC investigation.

Mr Harden said a similar system involving the appointment of a "post-incident manager" was in operation in the UK, where it worked well.