Born in 1950 in Dublin, Marian Finucane was educated at Scoil Chaitríona.

She went on to study architecture in the College of Technology in Bolton Street, but left there to join RTÉ as a continuity announcer in 1974.

A big advocate for women's rights, in 1979, she presented a radio programme called 'Women Today'.

In 1985, she became the first presenter of 'Liveline', which she continued to present until 1999.

For nearly two decades, she presented 'The Marian Finucane Show' on weekend radio and received a PPI Radio Award for outstanding achievement in broadcasting in 2008.

In 2008, she interviewed author and close friend Nuala O'Faolain shortly before her death in May of that year.

It was considered one of Finucane’s most landmark interviews in her broadcasting career.

Off the airwaves, she experienced personal loss when she and her husband John Clarke lost their daughter Sinead to leukemia in 1990.

"From Women Today to Liveline to her weekday radio show on Radio 1 and, latterly, her enormously popular Saturday and Sunday radio programme, she tackled the big social issues of the day with command and insight."

Head of RTÉ Radio 1 Tom McGuire described Marian Finucane as a defining voice for Radio 1 and for the nation.

He said her work on Liveline was without parallel, where she merged an unsurpassed journalistic vigour with a flair for debate and discussion unmatched.

"That's my sense of Marian Finucane," he continued. "She asked everything you would ask before you made your mind up." 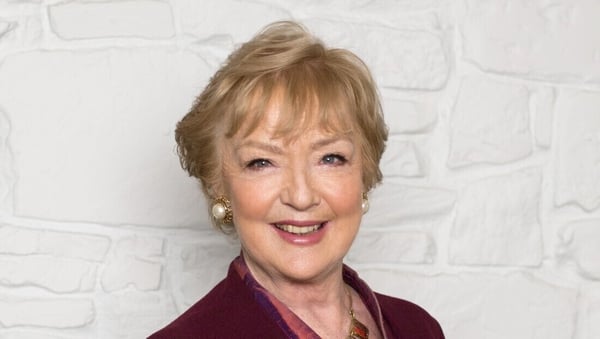