An Irish paramedic living close to the bushfires in Australia has said he cannot see any end to the ongoing blazes unless it starts to rain.

Philip Walker is originally from Derry and worked with the National Ambulance Service in Louth before moving to New South Wales in 2013 with his wife. They now have three children.

"Everybody's pretty scared. The Australian people are very resilient out here. Bushfires are something that happens every year - although this one's unprecedented," he said.

The nearest fire to his family home is still 65km away - but he says they have everything packed in case of an evacuation order.

"The fire service are very good with public education about telling people what to do and when to evacuate and everyone has an app on their phone that will alert them to the nearest fire and when its time to leave," he said. 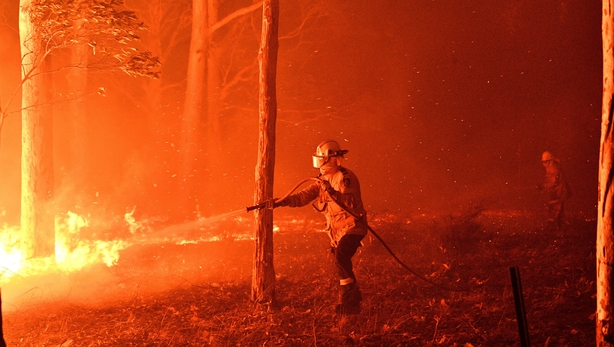 "So what we've done is we've just packed a week's supply of clothes and any important documentation that we carry here.

"We have our passports and that and its not because we're going to leave the country but they're important documents to try and replace - so if we put them all in a box in the back of the car and if we get a warning to evacuate or leave we just jump into the car and drive to designated areas."

He said the volunteer firefighters tackling the blazes in the state are heroes.

"On the front line the fire officers that are fighting these fires - 2,500 of them - there are volunteers. These are people that have their own business. There are GPs, butchers, bakers, barbers - and they're leaving their own communities, their business and their family to go and fight these fires on a voluntary basis.

"They're not doing it just in their own communities. These fire officers are driving sometimes 100-200km to other communities to help them out, who may have helped them in the past." 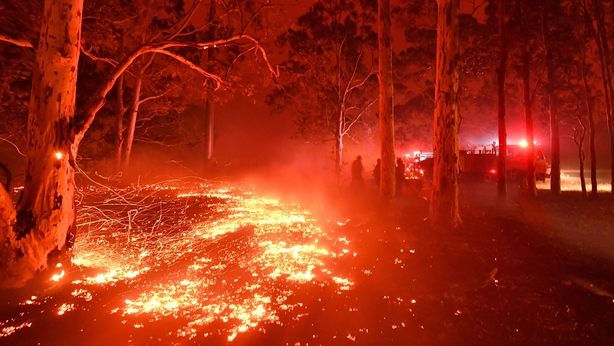 Efforts are being made by the government now to reimburse rural firefighters for the extra time they have spent volunteering - but Philip says they cannot be thanked enough.

"These people are going to continue to be there for their communities for as long as it takes.

"They're putting in 15-20 hour days. There's some footage you'll find of these fire officers rolling up their jackets to have a sleep at the side of the road as their down time, when another crew comes in to relieve them and I don't think the communities here in Australia can actually thank them enough for what they're doing.

"They're leaving their families at home as well."

The recent drop in temperatures has been welcomed by firefighters and medics alike - but temperatures of 45C with high winds are forecast for this weekend again - so Philip is on standby, ready to help.

"That's just going to play havoc with the fires that are burning at the minute," he says. He added many health problems have been caused by the smoke alone.

"Obviously that smoke is quite toxic. It plays havoc with children and the elderly in particular and people with respiratory conditions such as asthma or COPD so we see a lot more of those people presenting to the ambulance service and paramedics and hospitals when they can't manage any more at home - they can't cope." 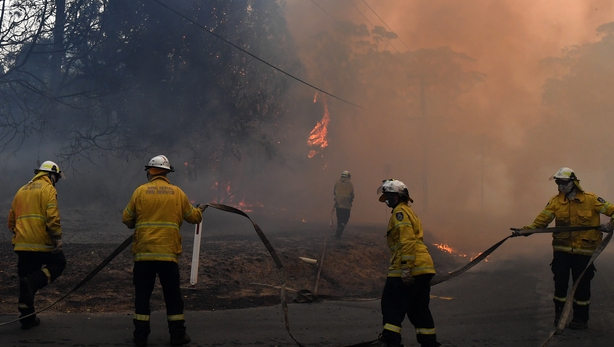 The Australian military has now been drafted in to help those affected and to fight the fires, but Philip says he cannot see any end in sight to the blazes which are now joining together to create mega fires.

"It is frightening to see towns or large areas of bush land that go on fire and because they're so dry and the winds are so high, really the time to evacuate is quite limited and sometimes people have been told, it is too late to leave now, that you need to seek shelter and I suppose at that point its particularly frightening for those people who are trapped and we're seeing that on the south coast at the moment where we've had 4000 people evacuate onto beaches."

Philip says he wants to stay in Australia long-term, and so far his community, and his family have escaped the worst.

Plans to bring eight minors from Greece to Ireland disrupted