Thousands of people have taken part in a protest in Dublin over the homeless crisis.

The rally was organised by a coalition of trade unions, political parties and community groups.

This latest rally saw protesters march from Parnell Square down to the quays and back to the GPO on Dublin's O'Connell Street where they heard from speakers and singers. 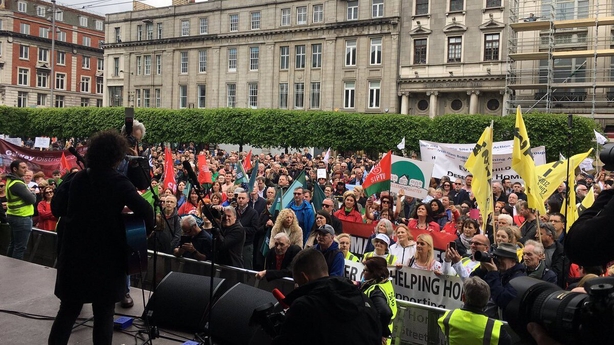 John Douglas of the Mandate Trade Union told the marchers they had been betrayed by the Government and that should be punished at the local and European elections.

Senator Frances Black sang a lament for James Connolly, saying he did not die so that 4,000 children could live in homelessness. 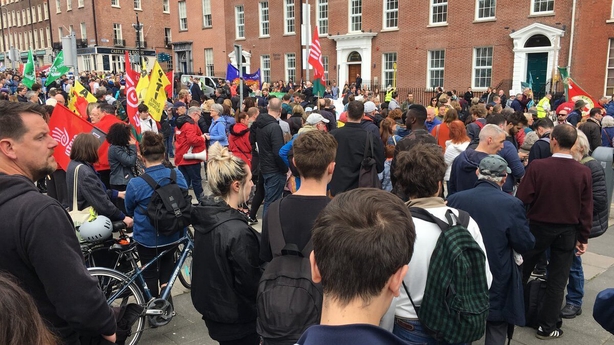 Fr Peter McVerry warned that tens of thousands of mortgages in arrears mean what is a crisis could become a catastrophe tomorrow and said immediate measures are needed to prevent more families becoming homeless.

The Government has pointed to the increasing number of new homes being built, saying that increased supply is the answer to the housing crisis.

However, those attending today's protest argued that it should be doing much more.

Protest and counter-protests held over immigration

Two men charged with murder of man in Co Meath

Crowds turn out for sunny, but cold, Christmas swims