An RTÉ exit poll conducted by Red C suggests Michael D Higgins is on course to be re-elected President, with the polling figures suggesting he will receive 58.1% of the first preference votes.

There were 3,474 people interviewed for RTÉ's exit poll on a random basis outside 138 polling stations across the country between 7am this morning and 9.30pm this evening.

The exit poll also suggests that businessman Peter Casey will get 20.7% of the first preference vote.

It suggests Sinn Féin's Liadh Ní Riada will get 7.4%, with 6.3% for Senator Joan Freeman.

The poll suggests businessman Seán Gallagher is on 5.5% and businessman Gavin Duffy on 2.0%.

The exit poll's margin of error is between plus or minus 3%.

Eamon de Valera held the distinction of being the only president in the history of the office to have won two terms at the ballot box.

The RTÉ exit poll indicates that Mr Higgins is on course to share this distinction.

The exit poll also suggests that, excluding don't knows, the referendum to remove the reference to blasphemy from the Constitution will be passed by a significant majority with 71.1% indicating they voted Yes, while 26.3% stated they had voted No.

Another 1.8% said they had not voted on the blasphemy referendum.

The polling stations closed at 10pm this evening and counting will begin at 9am in the morning. 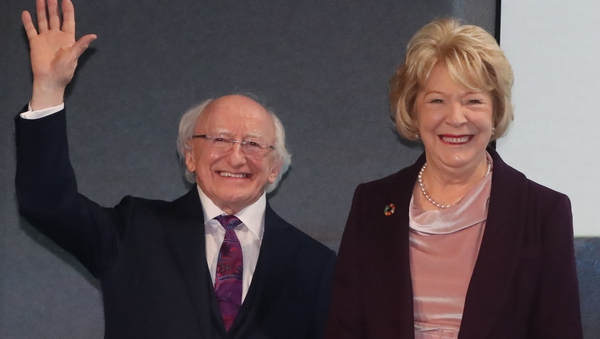