Tánaiste Frances Fitzgerald has said trust in the banks had been deeply shattered by the tracker mortgage scandal.

Yesterday, the five banks involved in the scandal - AIB, Bank of Ireland, KBC, Permanent TSB and Ulster Bank - detailed the progress that has been made so far in compensating and redressing customers caught up in the scandal.

The Central Bank said 13,000 mortgage holders had been identified in its review and €163 million had been paid out in redress and compensation.

Speaking during Leaders’ Questions, Ms Fitzgerald said her thoughts were with the families affected.

She said the banks would report back by December, and if the results were not forthcoming, the Minister for Finance would take action.

"There are deadlines now in place that have to be addressed," she said.

"The minister has made it very clear that if there is any delay, if those deadlines are not met, there is a range of actions open to him and he will have no hesitation in using."

She was responding to Fianna Fáil's justice spokesman Jim O'Callaghan, who described the Government's response to the controversy as pathetic.

Mr Callaghan said that he and those affected by the issue had little faith in the banks.

MEP Brian Hayes today said he has made a complaint to the European Commission's Directorate-General for Competition in relation to the tracker mortgage scandal here. 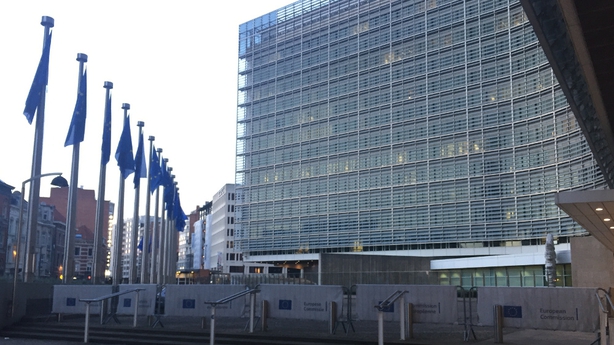 Elsewhere, the Taoiseach has said it was going to take a long time for the Irish people to have trust in the banking system again.

Leo Varadkar said the tracker mortgage scandal and the banking crisis made it very hard for anyone to trust the banks.

Speaking at a sod-turning for social housing units in Donnybrook, he said the Government was not dealing with the banks on the basis of trust.

Mr Varadkar said the banks had agreed to a set of actions, and a timeline, and if they do not meet that, the Government was in a strong position to take further action.

Banks to return to finance committee

Elsewhere, the Oireachtas Finance Committee has agreed to ask the commercial banks and the Central Bank to appear before it in January to detail the progress made on repaying those taken off tracker mortgages.

The committee, which met in private at Leinster House, intends to hold a full round of hearings on the issue after Christmas.

The request to bring the banks back to the Oireachtas in January was made by Fianna Fáil's Michael McGrath.

Last night, the Dáil agreed a motion calling on the banks to swiftly repay and compensate those who were taken off tracker mortgages.

It also called on the Central Bank to provide a deadline for when it expects all affected accounts to be identified and corrected.

Earlier, the committee chairman said the scandal was a huge one that would run into 2018. Speaking on RTÉ’s Morning Ireland, Fianna Fáil’s John McGuinness said the attitude of banks was "quite breathtaking".

He said there were still tracker customers who are vulture funds or have not been identified.

Mr McGuinness also said the Central Bank was not fit for purpose to tackle the problem. Instead, he said, an outside focus was needed to resolve the issues.

The Kilkenny TD said the banking system had handed down a terrible culture to the next generation of bankers, and called for an ethics officer to be appointed in every bank.

Without this, he said, the disgusting culture would not be broken and the status quo would continue, with banks dragging their feet and people going unpaid.

Mr McGuinness said the victims in this scandal had been abandoned by the political system.

Speaking on the same programme, the Minister for State at the Department of Finance said that Irish banks had shamed themselves.

Michael D'Arcy said we should not pretend that the banks had changed.

Mr D'Arcy said a clear delve into the culture of banks was needed, adding that the lenders had represented shareholders and not the customers.

He said he did not know if banks had deliberately led customers off their trackers, but he would like to find out exactly what had happened.

The first priority, he said, had to be redress and compensation for affected customers.

Meanwhile, Labour Senator Aodhan O'Riordáin has called the banks 'a shower of b*****ds' during Order of Business in the Seanad.

Senator O'Riordáin said he had come to the conclusion that we are dealing with a "mafia type mindset" and an "a-moral group with no conscience".

Senator Aodhán Ó Ríordáin had some choice words in the Seanad as he said there was one law for the poor, and another for bankers. pic.twitter.com/J2ACoC91Yn

He said a juvenile guilty of shoplifting would have "everything thrown at them" because they are poor.

"But this shower of b*****ds are getting away with absolute murder, year in year out, in this democracy," Mr O'Riordáin said.

The chair of the Seanad Denis O'Donovan told the Senator that the adjective was inappropriate.

Nine accounts previously held by Bank of Scotland Ireland have been impacted by the review of tracker mortgages, according to their current owner Tanager.

The vulture fund said that the figure came after a review of the portfolio by Bank of Scotland Ireland, which advised it that redress was due in four cases.

That will be funded by BoSI, which said it would make payment once it received approval from the Central Bank.