US President Donald Trump has told British Prime Minster Theresa May the United States would continue to help the United Kingdom thwart attacks, the White House said in a statement after a blast on a Tube train in London this morning.

In a telephone call with Mrs May, Mr Trump expressed support for those injured and "pledged to continue close collaboration with the United Kingdom to stop attacks worldwide targeting innocent civilians and to combat extremism," the White House said.

Earlier, Mrs May had rebuked Mr Trump over his comments on the attack on Twitter, saying: "I never think it's helpful for anybody to speculate on what is an ongoing investigation."

Scotland Yard has also dismissed a claim by Mr Trump that the Tube bombers had been "in the sights" of police as "pure speculation".

A spokesman for the Metropolitan Police said the US president's comments - which did not correspond with any information released by the UK authorities - were "unhelpful".

Mr Trump made the provocative allegation in a tweet as police launched a major manhunt to track down the perpetrators responsible for planting the device on a packed commuter train.

"Another attack in London by a loser terrorist," he wrote.

"These are sick and demented people who were in the sights of Scotland Yard. Must be proactive!" 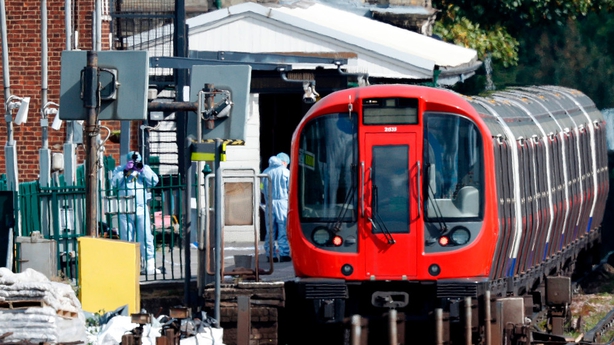 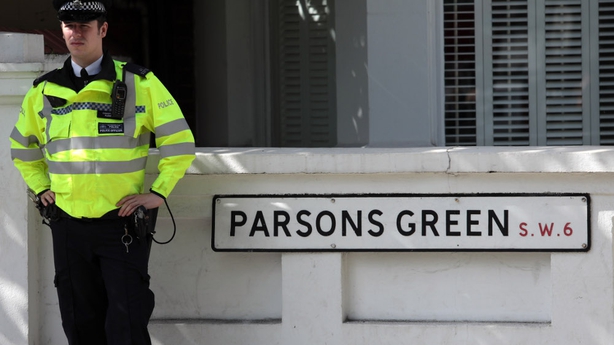 His claim threatened to spark a fresh row over US-UK intelligence sharing arrangements which have already come under strain since he entered the White House.

A Scotland Yard spokesman said: "The comments are unhelpful and pure speculation. If anyone has got any evidence or information, please contact the anti-terrorism hotline."

Another attack in London by a loser terrorist.These are sick and demented people who were in the sights of Scotland Yard. Must be proactive!

Loser terrorists must be dealt with in a much tougher manner.The internet is their main recruitment tool which we must cut off & use better!

His remarks were echoed by former No 10 aide Nick Timothy, who tweeted: "True or not - and I'm sure he doesn't know - this is so unhelpful from leader of our ally and intelligence partner."

There was no immediate response from the White House to questions as to the basis of Mr Trump's assertion.

However, it comes after British police temporarily suspended intelligence-sharing with the US in the wake of the Manchester Arena bombing in May following a series of leaks to American media.

CBS disclosed the name of the bomber, Salman Abedi, citing US sources, at a time when the British authorities were asking media to withhold the information to protect the investigation.

The New York Times then published detailed photographs taken from the bomb scene which had been taken by British investigators.

The "special relationship" had already come under strain earlier in the year, when the then White House press secretary Sean Spicer repeated claims that GCHQ, the UK surveillance agency, had been involved in bugging the Trump campaign on behalf of former president Barack Obama.

His comments drew a rare public statement from GCHQ denouncing the allegation as "utterly ridiculous".

London Mayor Sadiq Khan, who clashed with Mr Trump over his response to the London Bridge terror attack, would not be drawn on the president's latest comments.

"I've simply been too busy this morning to look at my Twitter," he told LBC Radio.

"My priority is making sure that we do what we can to keep Londoners safe."

A City Hall source said: "He hopes people don't speculate on things before we know the full facts. That's quite clear what he thinks about that."