An explosion on a London Underground train which sent passengers and those in the vicinity fleeing in fear is being treated as a terrorist incident by police.

Here is what we know so far: 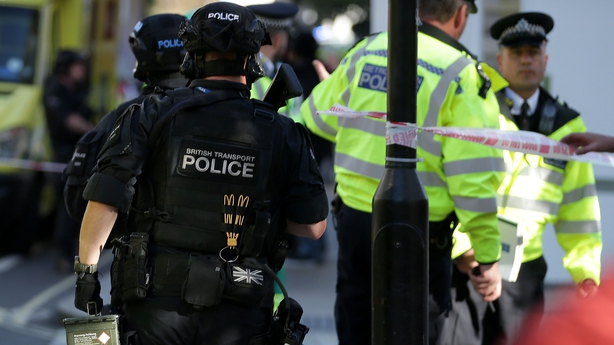 Emergency services including police, fire and ambulance were called to the scene at around 8.20am.

The District Line train, bound for central London, had just stopped at Parsons Green station in the west of the city when the explosion happened. 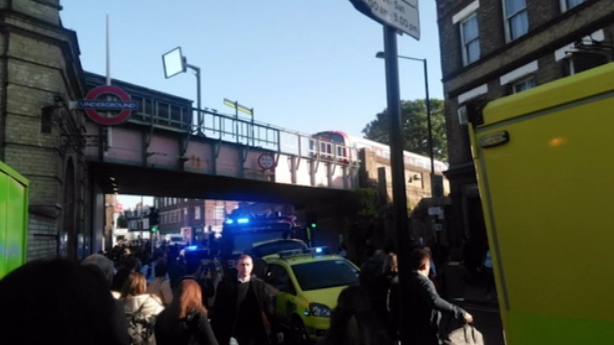 Witnesses said they saw a white "builder's bucket" in a supermarket bag, while pictures posted online appeared to show a flaming bucket with wires protruding inside a plastic carrier bag on the floor of a carriage.

People reported seeing a "fireball" and a "wall of flame" in the train and people "covered in blood".

Around two hours after the explosion, the Metropolitan Police confirmed they were treating it as a terrorist incident. They said it was "too early" to give the cause of the explosion but it is being investigated by its Counter Terrorism Command. 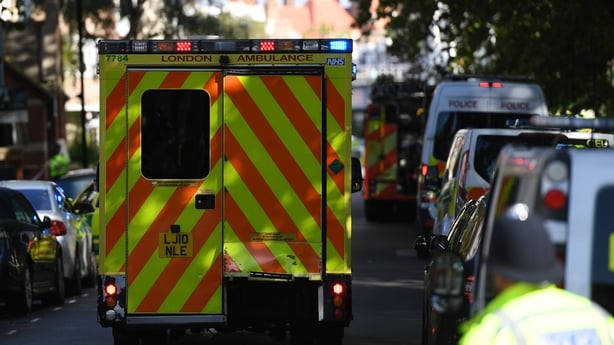 Police said 22 people have been injured and St Mary's Hospital in Paddington said they had declared a major incident in response.

Witnesses reported panicked scenes as people fled the station, with some saying there had been a crush and others saying people had received burns as a result of the explosion.

British Prime Minister Theresa May has chaired a meeting of the government's Cobra emergencies committee to discuss the incident and tonight Mrs May has raised the threat level to the highest possible rating, critical, meaning another attack is expected imminently.