Björk has joined the cast of The Northman, the Viking revenge story from The Lighthouse director Robert Eggers, which is filming in Co Antrim.

US entertainment trade website Deadline reports that the Icelandic singer joins a cast that includes Nicole Kidman and brothers Alexander and Bill Skarsgård, and which reunites director Eggers with his Lighthouse star Willem Dafoe and Anya Taylor-Joy, the star of his first film, The Witch.

The Belfast Telegraph reports that Eggers has been filming in the Antrim Hills, close to Larne. Pictures published last month also showed a specially-built set on the county's Torr Head.

Set in Iceland in the 10th Century, The Northman was due to begin filming earlier this year but was delayed due to the Covid-19 emergency.

Speaking to RTÉ Entertainment last year ahead of the release of The Lighthouse, Eggers said: "If I had learned my lessons after The Lighthouse, I would say, 'Don't do anything with boats'. But I'm making a Viking revenge saga.

"If I had learned my lessons after The Lighthouse, I would say, 'Don't shoot in harsh, cold locations'. But I'm doing a Viking revenge saga.

"If I had learned my lessons, I would say, 'Don't work with animals again'. But I'm doing a Viking revenge saga."

Björk's best-known screen role is in the 2000 film Dancer in the Dark. The page for The Northman on IMDB says her character is called The Slav Witch. 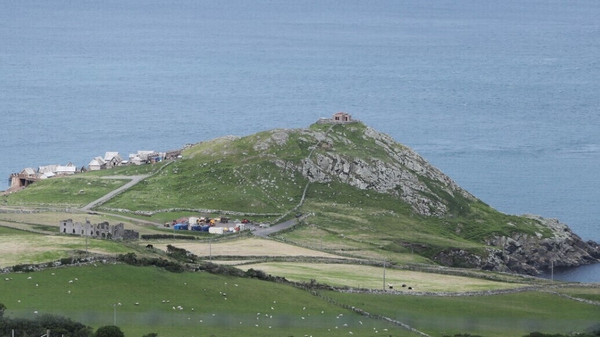 Filming of major US production in NI following Covid-19