The shooting of a big-budget US film starring Nicole Kidman is set to showcase Northern Ireland's dramatic north coast on a global stage.

The Viking-age drama, The Northman, is being shot on Co Antrim's scenic Torr Head on the spectacular north coast. It was due to commence filming earlier this year but coronavirus halted production.

Industry development body Northern Ireland Screen has said there were millions of US dollars in the production budget and hundreds of crew.

Directed by Robert Eggers, the movie which is set in Iceland at the turn of the 10th century, also stars Danish actor Claes Bang, along with Hollywood A-listers Willem Dafoe and Alexander Skarsgard.

Fresh pictures show progress made on the construction of a wooden village set, a short distance from the expansive Atlantic swell, over recent weeks. 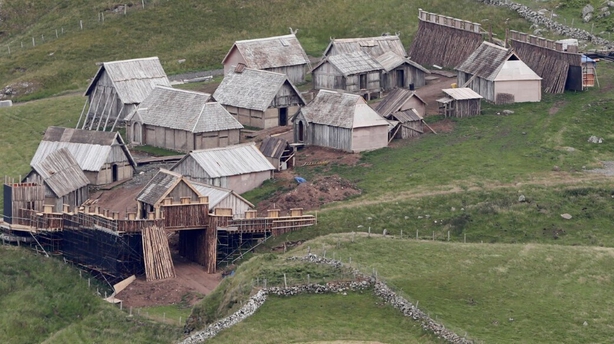 Local councillor Cara McShane said: "It is a privilege that we live where we do and it is great to see more and more of the media industry using this remote area."

McShane represents the Torr Head area on Causeway Coast and Glens Borough Council, and said the community was proud of the natural beauty on its doorstep.

"It is testament to the strong background that this area provides," she said. 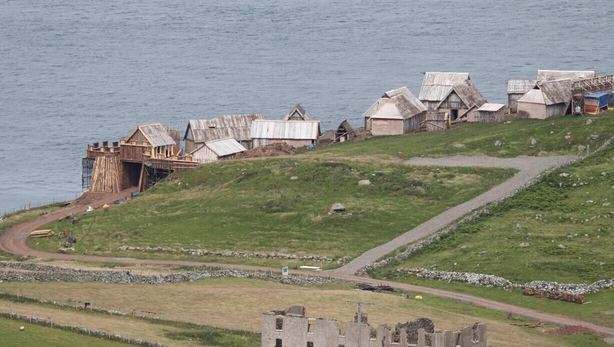 McShane noted that local people had a great love of the landscape and displayed generosity of spirit in allowing its use for filming.

She added. "It is also an opportunity to showcase this area on a global stage and we have seen the benefits on offer of screen tourism, where people come to the locations where films are produced.

"That is a positive spin-off economically for the area attracting more and more people."

Several movies and TV shows experienced delays due to the pandemic, including the latest Ghostbusters outing and the Spider-Man spin-off, Moribus.