Spare a thought for the critics injured in the stampede to lavish praise on The Witch - anecdotal reports suggest that at various stages over the past 16 months they were piled 20-high with ungodly altercations from top to bottom about who got there first, and whose turn it was next to use the thesaurus.

Since its premiere at the Sundance Film Festival in January 2015, the hype about writer-director Robert Eggers' debut feature has snowballed to such an extent that The Witch arrives on our screens with the kind of word-of-mouth wonder and be-all-end-all-brouhaha that those involved in the black arts of marketing regularly sell their souls for. While sky-high expectation has a funny habit of turning into short-changed experience, The Witch does a lot of things very well, but - to these eyes - it's a bit off the classic that the clamour has claimed. You may feel very differently. 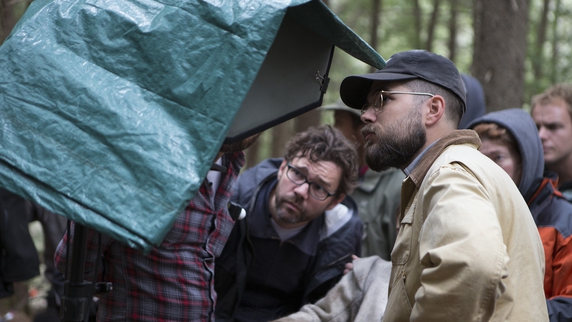 The film opens with Puritan William (Ineson) and his family getting the boot from their New England brethren and striking out to live on the edge of a forest. With five children and winter on the way, William and wife Katherine (Dickie) have their work cut out to make a go of things. 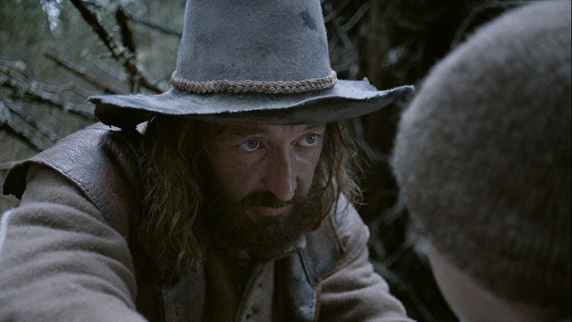 If Ralph Ineson looks familiar, he was Finchy in The Office

Nature, however, is the least of their worries, because no sooner is the roof thatched than very bad things start to happen with eldest daughter Thomasin (Taylor-Joy) the focus. To borrow from the Tom Waits song, God, it appears, is away on business - and will be gone for quite some time. 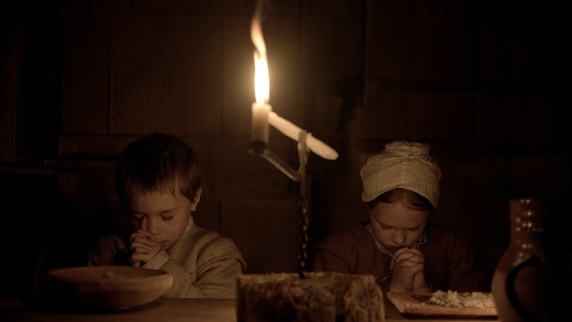 God's away on business

Eggers serves up such a stew of good and evil, faith and fear, paranoia and parental power as to make the Ireland of old look like a utopia of liberalism in comparison. He is a director of real clout and he gets so many things right here that perhaps the most thrilling part of The Witch is imagining what he could do next. The acting is excellent; the cinematography is superb and the use of light, sound and the great outdoors reveal a filmmaker who has learned from the masters but wants to bring his own casserole dish to the party. 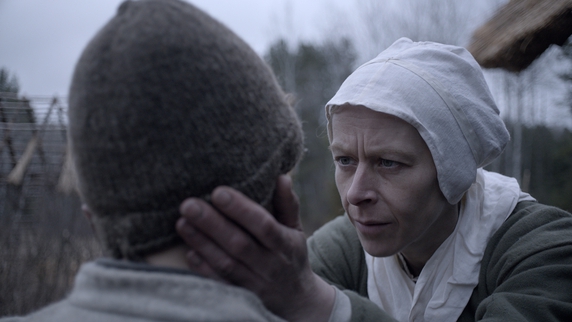 Where Eggers needs to improve is in the pacing, which at times in The Witch feels glacial and makes the average period drama look like The Matrix in comparison. For all the acres of copy, seat-shredding terror is in short supply. Eggers summons up a soul-sapping feeling of dread from scene to scene but there was more tension and scares to be wrung from the story than have ended up on screen - both The Woman in Black and The Visit in recent times delivered more goosebumps. Comparisons to The Exorcist are also wide of the mark, and its ending was much more satisfying. There won't be as many repeated viewings here, either. 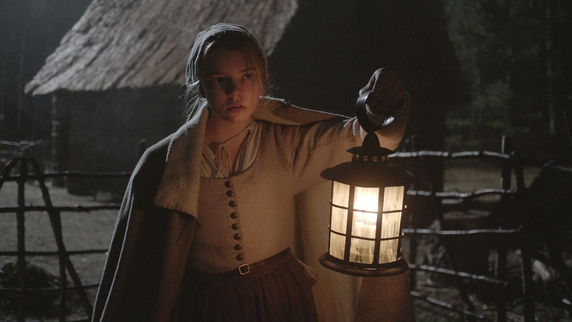 Anya Taylor-Joy is excellent as Thomasin

Post-Oscars March can be a pretty lean month but in John Carney's Dublin-set Sing Street and The Witch your quota of brightness and gloom is sorted. 'Buy' Irish but try to find the time for this slice of feelbad too. And spare a thought for 'The Bear' in The Revenant while you're at it - his status as cameo king of the year is under serious threat.