Hozier is getting joke lessons from Aisling Bea ahead of RTÉ Does Comic Relief on RTÉ One this Friday at 8:00pm.

A new video catches up with Hozier's efforts to make us laugh - you can judge for yourself if he'll be ready for Friday night!

For #RTEComicRelief @weemissbea has been writing jokes for @Hozier and once she finds a theme she really sticks to it.#RTEComicRelief - Friday at 8
You can donate at https://t.co/bTJtmB5OXq pic.twitter.com/TECabB6vcb

The show will see the cream of Irish comedy, entertainment and sport teaming up to bring some fun to screens, as well as raising much-needed funds for the Irish charity sector. Deirdre O'Kane, Nicky Byrne, Jennifer Zamparelli, Eoghan McDermott and Baz Ashmawy are the hosts.

Speaking to Miriam O'Callaghan on RTÉ Radio 1 on Sunday, the co-founder of Comic Relief, Love Actually writer-director Richard Curtis, said he had received the running order for Friday's show and promised that viewers are in for a treat.

"I was just thinking, 'What's it like?'" he teased. "And I think it's like a fridge in a hotel where you open it up and you see all these perfect little miniatures. And you think, 'Oh I'll have all of them!'" 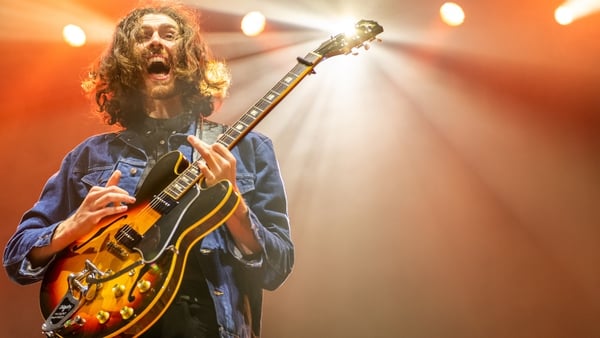