Ray D'Arcy has revealed that The Den will be back for RTÉ Does Comic Relief with Zig and Zag and Dustin the Turkey set to join him on RTÉ One on Friday, June 26.

The returning Den host told his RTÉ Radio 1 listeners on Thursday that he will soon be back in the firing line of whatever mayhem the other three can cause.

D'Arcy said he had held a Zoom meeting with Zig and Zag and Dustin on Thursday morning, during which Dustin had tried to offer him a deal on perspex for social distancing.

"Dustin is building a set that will look something like the one from 1990."

D'Arcy added that he wants to hear from people who were on The Den or who have funny Den stories, particularly frontline workers. People can get in touch at: ray@rte.ie.

"We might be Zooming you on the night," he teased.

The show on RTÉ One on Friday, June 26 at 8:00pm will bring the cream of Irish comedy and entertainment together to raise a laugh, as well as much-needed funds for the Irish charity sector. It will be hosted by Deirdre O'Kane, Nicky Byrne, Jennifer Zamparelli and Eoghan McDermott. 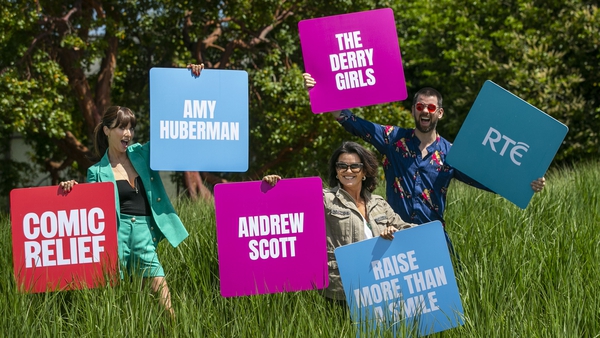