Writer Richard Curtis has had his hand in many a profitable film pie including 'Four Weddings and a Funeral', 'Notting Hill' and 'Bridget Jones's Diary' - all starring ubiquitous romantic lead Hugh Grant. Now he's gone behind the camera (once again bringing Grant along for the ride) to direct as well as write this ambitious ensemble piece, a series of intertwining and overlapping love stories, set mainly in London in the five weeks before Christmas.

The brand new Prime Minister (Grant playing Grant) arrives at 10 Downing Street and promptly falls for his tea lady (McCutcheon). The PM's sister (Thompson) suspects her husband (Rickman) of having an affair with a sexy secretary (Makatsch). And their friend (Neeson) is trying to cope with being widowed and his 11-year-old stepson's (Sangster) unrequited love for a girl in school.

Meanwhile an American (Linney) in the husband's office is pining for a co-worker (Santoro). When she attends the wedding of a young couple (Ejiofor and Knightley) she suspects the best man (Lincoln) of being in love with the groom. Another wedding attendee (Firth) catches his girlfriend in bed with his brother and promptly decamps to France. Once there he falls for his Portuguese maid (Moniz), despite not understanding a word she says.

Then a sex-starved waiter (Marshall) at the same wedding decides to travel to the States to find the dream woman against the advice of his best friend (Salis). He's an assistant director on a raunchy film where a pair of body doubles (Freeman and Page) want to get to know each other better.

Any of these stories could easily have become a whole film in themselves and that's without even mentioning the best of the lot: the ageing rock star (Nighy, in a role not too far from his 'Still Crazy' persona) desperate to have one last hit with an execrable Christmas version of 'Love is all Around'. Hilariously acidic and direct, he's a great counterpoint to all the rest of the love action - and also performs in what may be the best video ever, a homage to Robert Palmer's 'Addicted to Love' complete with models identically dressed in Santa outfits.

This is a sweeter, altogether soppier version of Robert Altman's 'Short Cuts' with Curtis paring all the tales down to the bare essentials which, combined, become one big story about the pleasures and pains of love. But, amidst all the fluff, there's also loneliness and grief as Laura Linney buckles under impossible family commitments and the excellent Emma Thompson, in a tear-jerking scene, tries to pull herself together after discovering her husband has bought the secretary a pricey necklace.

The film suffers from Curtis trying to keep too many balls in the air and he doesn't manage to leave them all down gently. Some storylines are never fully developed, others abandoned mid-flow. But smart and witty writing can get you out of a lot of scrapes and 'Love Actually' is full of great Richard Curtis moments. His pop sensibility is at the heart of it all, whether it is putting lyrics in the mouths of his characters, making Hugh Grant dance around Downing Street to 'Jump (For My Love)' or creating spine-tingling musical moments at a wedding and school play.

Romantic, witty and just a little bit sad, 'Love Actually' will make you laugh, may even make you cry and will certainly leave you with a warm Christmassy glow. 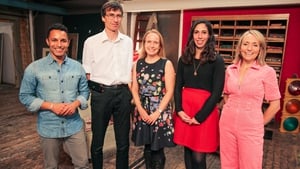 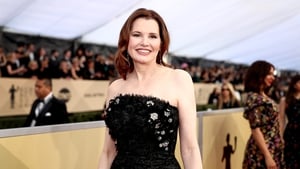 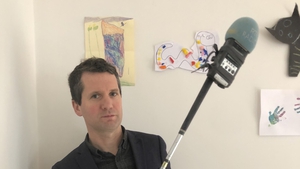