Richard E Grant and If Beale Street Could Talk were among the winners at the Independent Spirit Awards as Hollywood makes its final preparations ahead of the Oscars.

Held each year to celebrate the best in independent film, the ceremony took place in a tent on Santa Monica beach a day before the Academy Awards.

British actor Grant, 61, became emotional on stage as he accepted the prize of best supporting male for his role as Aids-stricken Jack Hock in Can You Ever Forgive Me?

It was the first major award of Grant's career. Grant said he was "absolutely astonished and emotional" to have won in a category also containing Paul Castillo for We The Animals, Adam Driver for BlacKkKlansman, Josh Hamilton for Eighth Grade and John David Washington for Monsters And Men.

Grant told the audience he was third choice for the part of Hock, behind Sam Rockwell and Chris O'Dowd and that his casting was "arbitrary and it's luck".

Utterly overwhelmed to have won #IndependentSpiritAwards I am indebted to our wonderful director Marielle Heller, the best partner in crime @melissamccarthy our producers Anne Carey & Amy Nauiokas, the writers Nicole Holofcener & Jeff Whitty, @foxsearchlight & our cast and crew. pic.twitter.com/jWO2Qvayur

Hock is diagnosed with HIV in Can You Ever Forgive Me?, and Grant said the role was an "homage" to men "wiped out by that disease".

He said his portrayal of Hock was inspired by Scottish actor and star of Chariots Of Fire Ian Charleson, a family friend of Grant's who died aged 40 in 1990 after being diagnosed with Aids.

Grant's win sets up a tantalising showdown for the best supporting actor gong at the Oscars, with Mahershala Ali still the narrow favourite for his turn in Green Book.

It was not Can You Ever Forgive Me?'s only win of the night, with Nicole Holofcener and Jeff Whitty taking home the best screenplay award.

If Beale Street Could Talk, Barry Jenkins' drama based on James Baldwin's 1974 novel, won best feature, the main award of the night.

Jenkins, who was snubbed at the Oscars, also won best director.

Glenn Close won best female lead for his role as a disillusioned spouse in The Wife. However, Close, who is favourite for the best actress Oscar, was upstaged by her dog, Pip.

The white Havanese - who also joined Close on the blue carpet before the event - trotted up to the stage alongside her and had the audience in uproarious laughter as he rolled on the floor while his famous owner paid tribute to her fellow nominees.

Bo Burnham, who was also snubbed at the Oscars but had joy at both the writers and directors guild of America awards, picked up the prize for best first screenplay for coming-of-age drama Eighth Grade.

Best male lead went to Ethan Hawke for First Reformed, a drama in which he plays a Protestant minister grappling with his faith.

The Netflix film has enjoyed tremendous success this awards season and is heavy favourite to win best picture at the Oscars on Sunday.

Accepting the prize on stage, Mexican filmmaker Cuaron said he is "optimistic" about diversity in Hollywood and that it could soon mean there is no need for an international film category.

Speaking backstage, he laughed off questions about having multiple acceptance speeches ready for the Oscars, where Roma leads the way in nominations with 10.

Best supporting female went to Regina King for her role in If Beale Street Could Talk.
King is also nominated for an Oscar.

The Truer Than Fiction Award, presented each year to the emerging director of a non-fiction feature, was awarded to Bing Lie for Minding The Gap.

Boots Riley picked up the prize for best first feature for his dark comedy Sorry To Bother You.

Best documentary went to Won't You Be My Neighbor?, which examines the life and legacy of beloved US children's TV host Fred Rogers.

The prizes were handed out by non-profit organisation Film Independent, comprising actors, film-makers and critics. 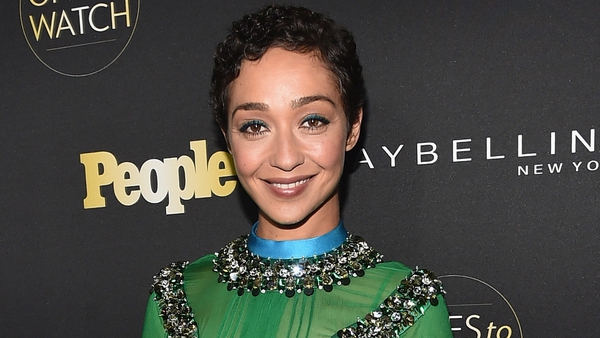