American Animals star Barry Keoghan has revealed to Ryan Tubridy what Britain's Prince Harry found so funny when the Duke and Duchess of Sussex met the Dublin actor on their visit to Ireland earlier this week.

On Tuesday, Kensington Palace tweeted a photograph of the Duke of Sussex laughing with Keoghan and fellow Irish actors Caitriona Balfe and Moe Dunford at a summer garden party in the British Ambassador to Ireland's residence at Glencairn.

"I have the greatest confidence that the friendship, collaboration and mutual understanding that our two countries have built up over the years will endure and it will grow." — The Duke of Sussex #RoyalVisitIreland 🇮🇪: https://t.co/YnfzAFW5Ea pic.twitter.com/cuNIlxvKQF

On Friday's Ryan Tubridy Show on RTÉ Radio 1, the host asked Keoghan about meeting the Duke and his wife the Duchess of Sussex, Meghan Markle.

"You know that moment where we're laughing?" replied Keoghan. "Everyone's like, 'What was it?'"

"He [Prince Harry] said to me, 'We met at Dunkirk [film premiere]. You were a little different - your hair was different'.

Keoghan said he had replied: "Yeah, I know, I'm ginger now!" and then everyone started laughing.

"You captioned the photo you tweeted, 'When Prince Harry met the King of Ireland'," said Tubridy.

The Dublin actor went on to describe the garden party for the British royals as "quick and easy".

"There was a DJ there [2fm's Louise McSharry], a few glasses of wine. Then they came along there, shook hands and had a chat with everyone. And away they went!"

Keoghan has a busy few months ahead with the release of true story crime film American Animals on September 7 and the Famine revenge thriller Black 47 on the same date.

Earlier this week, it was announced that the 25-year-old had been cast in the leading role in an upcoming pilot from cable channel FX based on the acclaimed comic book series Y: The Last Man.

"I can't really say much on that," Keoghan told Tubridy. "It's going to be great - I can say that!" 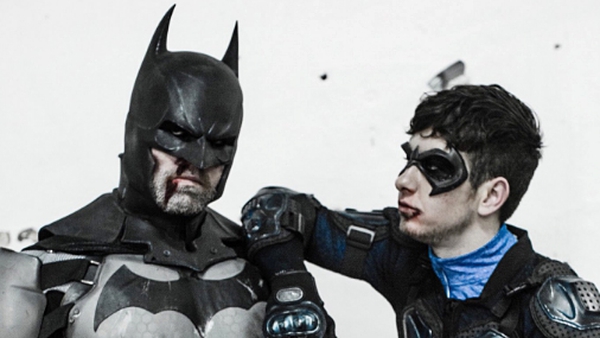 On a Nightwing and a prayer. Barry Keoghan makes his bid for superhero film role