Brooklyn screenwriter Nick Hornby has said he has a new script for the film's star, Saoirse Ronan, and has advised "the best young actress in the world" not to go "rushing into anything" before she reads it.

Hornby and Ronan were both Oscar-nominated for their work on the 2015 film of Colm Tóibín's bestseller and in an interview for the Christmas edition of the Irish Times' Ticket magazine, Hornby said working with Ronan had been an "enormous pleasure".

"This year, it pains me to say, she's just as good in Lady Bird, and will almost certainly get another Oscar nomination," the About a Boy and High Fidelity author continued.

"She's the best young actress in the world at the moment, and she's smart enough to avoid all the pitfalls that young actresses face when it comes to choosing material," Hornby added, before making his pitch for his new script.

Ronan is among next month's Golden Globe nominees for her performance in coming-of-age story Lady Bird. She is shortlisted in the Best Actress - Musical or Comedy category alongside Judi Dench (Victoria & Abdul), Helen Mirren (The Leisure Seeker), Margot Robbie (I, Tonya) and Emma Stone (Battle of the Sexes).

The Golden Globes take place in Beverly Hills on Sunday January 7, with the Oscar nominees set to be announced on Tuesday January 23.

Lady Bird opens in Irish cinemas on Friday February 16, and a busy big screen year for Ronan will also see the release of On Chesil Beach on June 15 and Mary Queen of Scots on September 14.

The 23-year-old also stars in the Anton Chekhov adaptation The Seagull, but no release date has been set.

Relationship drama On Chesil Beach is based on author Ian McEwan's book of the same name. Ronan received her first Oscar nomination in 2008 for her performance in the 2007 adaptation of McEwan's Atonement. 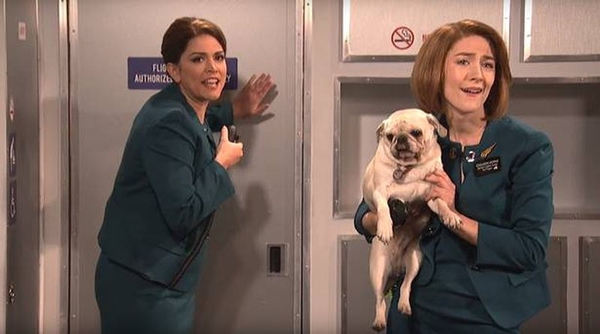