'Atonement' arrives to cinema screens with an impeccable pedigree. Adapted by Oscar-winning screenwriter Christopher Hampton from Ian McEwan's bestselling, Booker-nominated novel, it reunites actress Keira Knightley and director Joe Wright, who previously worked together on the Academy Award-nominated 'Pride & Prejudice'. Knightley and James McAvoy are the star-crossed lovers, the couple at the centre of the story, whose lives are changed forever by a child's lie.

Opening at an English country house in 1935 on a swelteringly hot summer's day, the priggish, self-important 13-year-old Briony Tallis (Ronan) is trying to interest the household in a play that she has written. Meanwhile, her older sister Cecilia (Knightley), just returned from college, is struggling to understand her feelings for the housekeeper's son, Robbie (McAvoy). The heat is the catalyst, stirring both Cecilia and Robbie up and firing Briony's already overheated imagination so that, by day's end, she has accused Robbie of a crime that he did not commit.

Five years later, Briony's childish misinterpretations still haunt the characters, now caught up in the Second World War. Robbie was sent to prison, from which he joined the army and is caught up in the British rout at Dunkirk. Cecilia has shunned her family and become a ward sister. Briony (now played by Garai) is in training as a nurse, seemingly as an act of contrition for her actions.

In the final act of the film, we see Briony (Redgrave) in her third age, now a successful author, being interviewed about the book that she wrote about the events of her childhood.

'Atonement' has a bold and epic sweep in Joe Wright's capable directorial hands, from the 1930s luxury of the Tallis' home to wartime London and France. Christopher Hampton's script is true to the book and, most importantly, maintains the brilliantly realised unreliable narrator. Seamus McGarvey's ('Charlotte's Web', 'The Hours') cinematography is outstanding, depicting the pre-war summer in suitably heat-laden, languid brushstrokes, to the staccato of the wartime scenes. In particular, a long tracking shot of the mayhem on the beach at Dunkirk is truly awe-inspiring.

While the emotional pacing may not be entirely even, all three incidences of Briony - Saoirse Ronan, Romola Garai and Vanessa Redgrave - are well delineated and brilliantly acted. James McAvoy is good, both as a lover and a soldier, but full kudos have to go to Keira Knightley, a brittle, edgy and truly fierce heroine.

A book adaptation that doesn't disappoint, 'Atonement' is a complex and intense film. These are characters that live in the memory long after you leave the cinema. Ian McEwan should be proud. 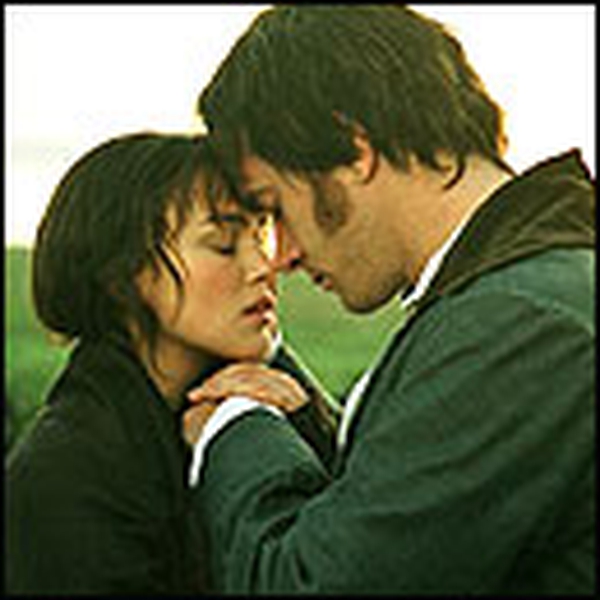