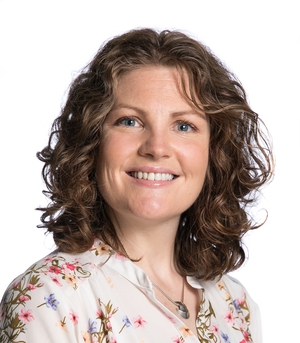 Analysis: there have been massive changes over the years in the goods used by the Consumer Price Index to calculate inflation

Prices are going up, utility bill screengrabs have flooded Twitter timelines and it's heading for €2.00 per litre at the pumps. We have not seen inflation at this level for at least 15 years and the Taoiseach warned recently of the need to brace ourselves for further price hikes. We know we are not getting as much bang for our buck now, but what exactly is being rung up at the tills and the counters of Ireland and where do these inflation statistics come from?

Around the middle of every month, about 80 people from all over the Republic of Ireland collect the prices of a set list of just over 600 items either in retail outlets directly or by other means. All told, this huge shopping trolley adds up to about 51,000 recorded prices. This long list of items forms the Consumer Price Index (CPI) and average changes in these prices give us our measure of inflation which is released on a monthly basis.

From the Central Statistics Office, how the Consumer Price Index is compiled

Naturally, our tastes and preferences change over time and these 600-plus items are reviewed and updated to reflect such changes. This review, or rebase as it's known, occurs every five years. Items that no one really buys anymore are removed and new items that we can’t seem to get enough of are added. It's like a very long 'what’s hot and what’s not’ list you could see in weekend newspapers. Many items remain in, some definitions change and some are re-categorised, all to represent what we in Ireland are actually buying.

Let’s go back to around February 2007. We were then heading towards a financial crisis. Prices were rising, unemployment was low but that was about to change. The HSE had just launched their National Plan for Pandemic Influenza. Mika was enjoying huge success with Grace Kelly at the top of the charts. iPhones were just about the hit the shops and of course we bore witness to that historic and emotional Irish Six Nations victory over England in Croke Park.

From RTÉ Archives, Colm Connolly reports for RTÉ News on the historic 2007 Ireland vs England rugby match at Croke Park

In other news, the Consumer Price Index was rebased. We read that we were no longer buying CD players as MP3 players and digital cameras were now the in thing. We’d developed a taste for yogurt drinks and specialised teas. Consigned to Room 101 were items like cooking fat, girls’ blouses and audio and video cassettes. I bet there are attics, the length and breadth of the country, filled with mix-tapes from old flames and old recordings of Fanning's Feb Fifty with perhaps nothing to play them on anymore!

Fast forward five years (although not by sticking a pencil in and spinning it around) and we’ve been through the economic ringer. Unemployment was at or around 15%, it was expected that we’d ‘muddle through’ along with the rest of the Eurozone and we were told that austerity was working. No joy in Twickenham to cheer us up this year, though.

According to the new CPI rebase, we were getting fond of fruit smoothies, using MP4 docking stations and memory sticks, but the CD single has now followed the CD player into that vault of unrequired goods. The collar of bacon had also left the index, accompanied by cauliflower and frozen sweetcorn. Low-fat milk became the more popular milk choice, and we were becoming sun-smart as sunblock replaced suntan oil in the average shopping basket.

Come February 2017, unemployment was at 6.6%, inflation remained low and we were talking about the 2016 Brexit vote and Trump's inauguration. Almost a decade on from the financial crisis, some were saying 'the boom is back'.

Maybe shoppers felt it really was, as the bottle of champagne, which was removed in 2012, was put back on the index, along with candles, electronic cigarettes and the much-maligned avocado. A decade on from the launch of the iPhone, demand for clock radios, disposable cameras and camcorders was all but non-existent. Children’s activities have now been added to the trolley, as have streaming services and eat-at-home burger buns and pizzas.

Our buying habits are well documented in this index. We like bigger and bigger TVs for streaming movies and box sets. We like DIY takeaways and eat fewer potatoes. Our tech items have changed how we wake up in the mornings and our kids may even have a better social life than their parents. Our shopping trolleys have seen the inclusion of items that did not exist two years ago, let alone five.

We must wait a little longer to see if these new buying habits will be evident in the next rebase, which was expected around now but has been postponed until next year due to the pandemic. A lot has changed since 2007 though; Mika is on the ‘where is he now?’ list, the HSE Pandemic Plan has seen plenty of red ink and we can now buy an iPhone 13. While we might not see a repeat of the tears shed in Croke Park in February 2007, we will keep our fingers crossed for a repeat Six Nations result in Twickenham this Saturday.

Dr Lee-Ann Burke is a lecturer in the Department of Economics, Cork, University Business School, University College Cork. She is a former Irish Research Council awardee