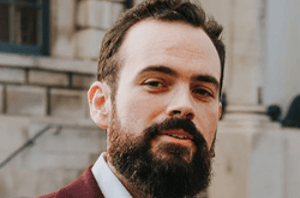 Analysis: the 'insanity defence' in Irish criminal law has led to cases where juries ignore evidence and judicial direction

The trial and subsequent acquittal of Deirdre Morley of the murder of her three young children attracted understandable media interest given the profoundly tragic nature of the case. Reporting on the trial's outcome is notable for the sensitivity shown to the complex nature of the tragedy. This is no doubt informed by the remarkable dignity and eloquence of the children's father Andrew McGinley in his public interviews.

Beyond the deeply upsetting details of the case that absorbed our collective attention, some aspects of the jury’s behaviour during the trial are worth considering. Reporting of the trial suggested a reluctance by the jury to follow the non-contested expert evidence that Morley was suffering from a mental disorder that led her to kill Carla, Conor and Darragh McGinley.

From RTÉ Radio 1's Morning Ireland, RTÉ Legal Affairs Correspondent Orla O'Donnell reports on the case of 44-year old Deirdre Morley who was found not guilty of murder by reason of insanity

As prosecution and defence evidence agreed on Morley's mental state at the time of her killings, jury deliberations on the evidence need only have taken a few minutes, rather than the reported four-and-a-half hours. Judge Coffey repeatedly explained to the jury there was no dispute regarding the facts, and warned jurors they were oath-bound to conclude a verdict in accordance with the evidence presented to them. Eventually, the jury found Morley not guilty by reason of insanity, often referred to as the 'insanity defence’.

The apparent tension between judge and jury is generated by a confluence of features of Irish criminal and constitutional law, and certain prosecutorial value judgments.

What is the so-called 'insanity defence'? The rule in Ireland is derived from the M'Naghten case from 1843. The M’Naghten rule holds that if someone does not know what they are doing when they commit a criminal act, or they do not realise that it is wrong, they should not be held criminally responsible. M’Naghten remains the standard rule across many 'common law' jurisdictions (ie the legal systems of England, and many of its current and former colonies, like Ireland). A successful insanity plea is a full defence to a crime.

The M'Naghten rule was put into Irish law under the 2006 Criminal Law (Insanity) Act, which created a special verdict of ‘not guilty by reason of insanity’. This change reflects Irish criminal law's view on the moral responsibility of those who cause harm because of mental illness: that mental illness deserves treatment by psychiatric experts, rather than punishment.

In order to raise the insanity defence, the accused must accept they actually committed the criminal act

The insanity defence is very rarely raised by defendants. In order to raise the defence, the accused must accept they actually committed the criminal act. Evidence is typically contested by the State's prosecutor––the DPP––who will produce its own expert evidence to disprove insanity. The jury decides whose evidence they find more credible: if they prefer the prosecution’s evidence, the insanity defence must fail.

What if both defence and prosecution psychiatric experts agree the defendant was 'insane' when they committed the criminal acts? As with contested cases, the jury must decide. This has, on occasion, produced what the Irish Court of Appeal described as ‘perverse’ results, where juries ignore the evidence and reject the defence. For example, a jury in 2017 ignored non-contested expert evidence that Dariusz Alchimionek was 'insane' and convicted him of manslaughter. This jury verdict was subsequently overturned by the Court of Appeal.

One solution to this potential problem might be for defendants in these cases to waive their right to jury trial. While the common conception of jury trials is that they exist to protect the defendant from State power, this is not the basis for jury trial in Irish law. Article 38 of the Constitution expressly mandates jury trial for serious criminal prosecutions: if jury trial is a right, it is not one that can be waived.

Is a criminal trial even appropriate in non-contested insanity cases?

But is a criminal trial even appropriate in non-contested insanity cases? Despite the potential for perverse outcomes such as in the Alchimionek case, some may argue that it is still important that cases like Morley's are prosecuted at trial as the issues 'deserve to be ventilated in public’.

However, this is a problematic position for a number of reasons. First, if the DPP believes its own expert psychiatric evidence, then it believes people like Morley were not guilty of a crime. It would be strange, and no doubt considered an abuse of process, if the DPP were to bring prosecutions where its evidence was that the accused is not guilty.

Second, the claim that jury trial is necessary to facilitate public scrutiny is based on the common assumption that a criminal trial is the only public forum for such cases. However, our legal system provides a number of other non-criminal legal processes for public examination of tragedies like that in Morley's case, such as the Coroner's Court. Coroners Courts often provide a more comprehensive understanding of tragedies than criminal trials can allow. There are also a variety of ways the DPP might sensitively and clearly explain decisions not to prosecute to victims and their families, many of which are now required under the Victims Directive.

Ultimately, there is no perfect way of responding to these kinds of tragedies

Third, if the State and the defence both agree the most appropriate outcome in insanity cases like Morley is psychiatric treatment, it is not clear what value a trial with one expected conclusion brings. Information regarding the necessity of medical treatment is not normally considered public property: the opposite in fact. More importantly, judges and juries are not experts on psychiatric care, as the courts themselves repeatedly make clear.

Another motivation behind prosecution may be a fear on the part of the DPP that failure to prosecute serious cases like Morley’s may undermine public confidence in the criminal justice system. This concern over-estimates the focused attention of the general public on a case once the perpetrator of a crime has been apprehended. Furthermore, public trust in medical professionals is extremely high: there is no reason to think the public would not trust a decision not to prosecute based on expert medical advice.

Ultimately, there is no perfect way of responding to these kinds of tragedies. But a charade of criminal justice as a prelude to proper medical care is inferior to the various other alternatives available to the State.

Dr Cian Ó Concubhair is Assistant Professor in Criminal Justice at the Department of Law at Maynooth University.