Analysis: here's why pumpkins, turnips, apples, barmbrack, kale and colcannon are popular at this time of year

Irish immigrants have been responsible for the diffusion of Irish food culture and traditions around the world. While Halloween is more associated with America in popular culture today, its rituals, games and food have their origins in ancient Ireland. From the Jack O' Lantern made from pumpkins in America to 'Bubble and Squeak' (a refried version of colcannon in England), both have a link with Samhain, the Irish quarterly festival that morphed into Halloween with the coming of Christianity.

It is believed that the gates to the Otherworld were open on the feast of Samhain (the eve of November 1st). All Hallowtide or the ‘Feast of the Dead’, which was one of the four Celtic festivals along with Imbolc (February 1st), Bealtaine (May 1st), and Lúnasa (August 1st).

RTÉ Brainstorm video on how the Irish really invented Halloween

The American Halloween Jack O' Lantern made from pumpkins originates from an Irish turnip. The Irish used to carry a sod of turf from a sacred fire to their houses inside a hollowed-out turnip to light new fires bringing good luck to the house for the forthcoming year. Druids would wear special costumes to fool the spirits and souls of the dead that visited on this night. These old Irish traditions were brought to America by Irish immigrants in the 19th century and the pumpkin soon replaced the Irish turnip.

The Irish children’s song Oíche Shamhna celebrates Halloween and the associated foods of apples (úlla), nuts (cnónna) and barmbrack (bairín breac). It omits the other traditional Irish Halloween food – colcannan – but this omission is more than made up for in the song The Auld Skillet Pot.

Did the Irish REALLY invent Halloween? Kids from around Ireland call up @DrJennyButler @UCC @IrishResearch with questions about Halloween. Video by @_LauraGaynor - more at https://t.co/btTDJPvFHe pic.twitter.com/1JXMioud8M

There are many foods and food rituals associated with the festival of Halloween. I have fond childhood memories of my father hanging an apple off a string and getting us and our friends to try and take a bite out of it with our hands behind our back. We also bobbed for apples and coins in a big basin of water, spilling half of it on the linoleum kitchen floor. Previous Irish generations in post-famine Ireland had traditions such as throwing cabbages at neighbours doors, traditions which have been previously outlined by Breandán MacSuibhne.

Many of the food traditions are linked to divining the future. Some Halloween food games are associated with divination. Jonny Dillon from the National Folklore Commission has been researching the School's Collection from the 1930s which inform us of Halloween games from the past. One such game was to peel an apple in one unbroken strip onto the floor and it would reveal the initial of your future partner. Another involved taking two nuts, named after a boy or a girl in the party, and putting them on the hearth or the ashes of the fire. If they jumped or the flames moved towards each other, it symbolised a match between the two, but if they jumped away from each other there would be no match.

Kale is championed as a superfood today since it is packed with antioxidants, has impressive anti-cancer effects and promotes urinary health. Long before this superfood was rediscovered by bearded hipsters and juicing teenagers with their Nutri-bullets, kale was a regular part of our ancestors' diet and a crucial ingredient of one of our traditional Halloween foods in Ireland – colcannon. From the mid-18th century, colcannon, which is made from mashed potatoes with curly kale or cabbage, was a traditional supper dish on Halloween Night, often containing items such as a coin, stick, or rag to predict the future prospects of the consumers.

Another traditional foodstuff at Halloween is barmbrack which comes from the Irish bairín breac or speckled loaf. There is speculation that the barmbrack got its name from barm, which is a leavening agent from beer to make the speckled fruit loaf rise.

Barmbrack also traditionally contains charms which foretell future events. Finding a ring in the cake meant marriage within the year, a rag symbolised poverty, a bean meant riches, a pea meant poverty and a stick forecasted a future beating by one’s spouse. A thimble found by an unmarried girl indicated life as a spinster, while a religious medal would symbolise life as a nun or a priest. Most barmbracks nowadays only contain a ring!

READ: 'Ireland's gate to hell': a Co Roscommon cave and the Otherworld

READ: The cult of the dead in medieval Ireland

READ: The roots of how we celebrate Halloween in Ireland

If you have never eaten colcannon, the few lines from The Auld Skillet Pot will whet your appetite and the recipe below will enable you to give it a try this Halloween.

Well, did you ever make colcannon made with lovely pickled cream

Of the creamy flavoured butter that our mothers used to make

Recipe for colcannan (makes 4 to 6 portions)

2lbs or 1kg of floury potatoes

Steam or boil the potatoes until tender. Drain well and let them dry out for a few minutes. Melt half the butter in a pan and sweat off the Kale for a few minutes. Boil up the milk and the remaining butter, add in the chopped scallions, the sweated kale and then mix in on top of the potatoes and mash the lot together. Season with salt and pepper and serve like the song suggests by making a well on top and adding a flake of creamy butter to it and watching it melt! Enjoy. 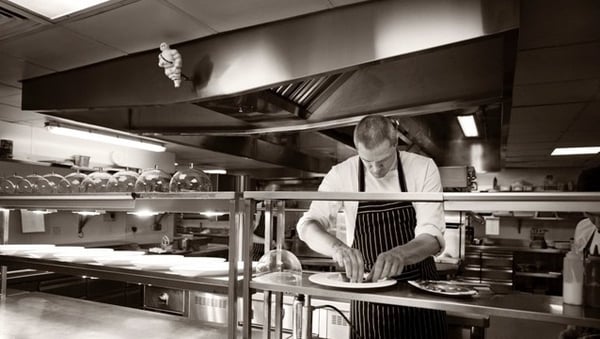 A history of the Michelin Guide and Ireland 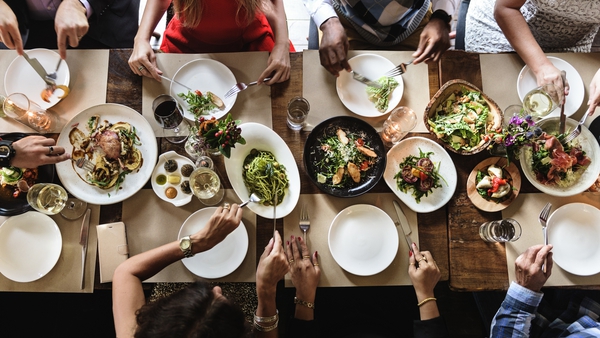 A table for two: how to survive in the restaurant business