Analysis: according to the the ancient Celts, summer begins on May 1st and was marked with many celebrations

If you ask our national meteorological service Met Éireann, the summer months are June, July and August. But according to the Irish calendar, summer begins on May 1st and ends on July 31st. This relates specifically to the ancient Celtic Festivals of old when the first of May or Mayday began with the Irish celebration of Bealtaine (pronounced phonetically as "Bee-yowl-tan-eh"), which officially heralded the beginning of summertime.

Directly translated Bealtaine means "mouth of fire" coming from the Irish Gaelic Béal (mouth) and tine (fire) referring to the Sun as its light and heat rise further and further towards the Summer Solstice. However, others relate the first part of name to the old Irish God ‘Bel’ and also the word ‘Bright’ whereas in our sister Celtic countries this early Summer Festival is called Beltane.

This year, the exact time of the cross quarter day between Spring Equinox and Summer Solstice is on Tuesday May 5th at 12.49am (Irish time). However, many people celebrate on May 1st, similar to the Celtic Festivals of Imbolg on February 1st and Lúnasa on August 1st.

For our ancestors, this early summer season initiated the release of the cattle to the summer pastures. It was important that certain rituals were performed to protect them before the journey and so they were driven between two fires where the smoke not only eliminated any parasites on their hides, but was seen to offer protection from illness and theft.

In tandem, the drovers and the whole community followed suit, calling in a healthy growing season for them as well. Those in the northwest would make pilgrimage to the great Beltany Stone Circle in Co. Donegal, which is aligned with the rising sun at Bealtaine as it appears to "sit" on the peak of the only carved stone.

From RTÉ Radio 1's Countrywide, a report from the Hill of Uisneach

As the name of the festival suggests, bonfires played an important part in the celebrations and were often lit on prominent local landmarks such as the Hill of Uisneach near Mullingar, Co. Westmeath. This was a very important sacred site to the ancient Irish as it is at the exact trigonometric centre of the Ireland, also said to be the burial site of Goddess Eriú who gave her name to the island.

All household fires would be extinguished and following the ceremonial lighting of the great fire at Uisneach, subsequent fires would then be lit in the surrounding hills in a great spiral throughout the land. All would gather for this huge spectacle and bring an ember home to their hearth for the year ahead. For the last decade, there has been a Bealtaine Fire Celebration at the Hill of Uisneach in a wonderful evolution of the old ways, with the fire lit by President Michael D Higgins following the magnificent Parade of Light. Unfortunately this year's event has been cancelled due to the Covid-19 pandemic but you may see photographs of previous Gatherings here.

The Bealtaine Fire Celebration at Uisneach in 2017

Another Bealtaine tradition that became the Catholic May altar was where children gathered the milky Hawthorn blossoms, yellow Gorse and wild Primrose flowers (mimicking fire) before dawn and placed them in bundles on doorsteps and in cow sheds for protection. Young maidens were also up early to wash their faces in the morning dew to enhance their chances of procuring a lover with a wish tied to the May Bush, usually a small Hawthorn tree, decorated with bright flowers, ribbons and sweet foods. Indeed we can see England’s version of this with their Maypole customs as young lovers criss-crossed the gaily coloured streamers in time to the Morris dancers’ bells.

There was also a great tradition of visiting local Holy Wells to set intentions for weather conducive to a clement Summer season and the happy match-making of the young in the family and village. Many of these customs were part of May Day festivals in other parts of Great Britain and Europe.

Today, we too can sense the energies of early summertime in May, especially after the good weather enjoyed within our gardens and 2km walking zone over the last few weeks. We notice the burgeoning of the flowers and crops in the fields, we peel off our layers of heavy clothes and become more body conscious. No wonder it is the season of fertility and fecundity! This Bealtaine, under the Half Moon, may you become aware of nature’s bounty and let the light, heat and intentional movement of your body feel and sense the increasing sunlight with gladness in your heart. 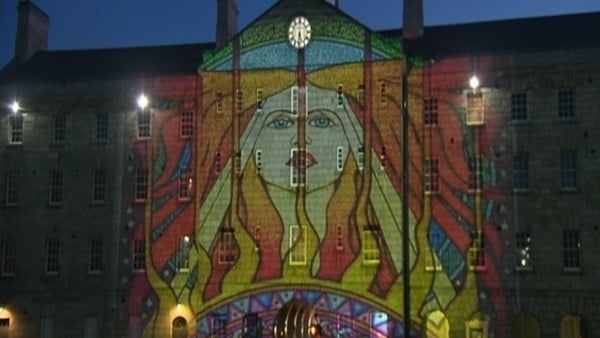 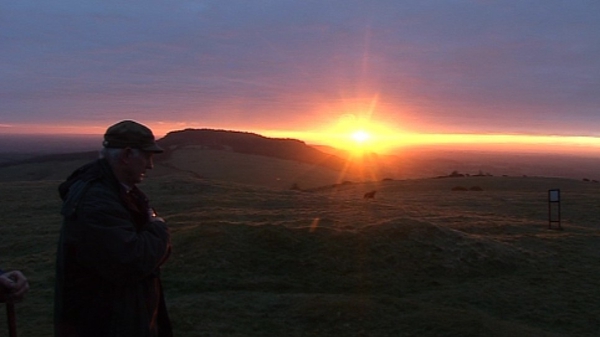 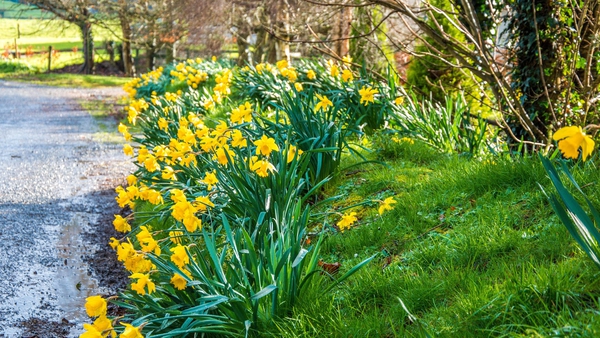