Analysis: back then, corpses, the dead and eerie graveyards used to play a far more active role in Irish life

The darkening evenings, the nip in the air and the dying leaves all signal that special time of year when we can have fun or get serious and indulge our fascination with the spooky and macabre. A confluence of religious, social and cultural festivals around the end of October and the beginning of November all seek to remember the dead, including the modern Halloween, the Mexican Day of the Dead, the Catholic All Hallow’s Eve, All Saints and All Souls and the spurious Celtic/pagan Samhain. These festivals remind us of the importance of collectively celebrating the dead, something which is becoming increasingly rare, except for at funerals and wakes.

In medieval Ireland, the dead played a more active role in society. For example, ancestral tombs (called ferta), for example, were used as boundary markers — defining territories between different family groups or kingdoms. These ancestral burial mounds were very important to the community.

From RTÉ Radio 1's History Show, a discussion on death and the Irish with historians Lisa Marie Griffith, Ciarán Wallace; and Salvador Ryan

One early Irish law tract outlined how a long dead and buried ancestor could be called upon to adjudicate in property disputes. Integral to the process was the role of the burial mound, which a claimant to the land must walk over successfully and in one piece. The implication made by the text is that the act was only safe for the claimant if, indeed, s/he was a descendant of the individual buried, as the buried man/woman would repel outsiders, but not their own descendants.

Archaeologists have argued that, in some cases, burial near the bones of the saint became a substitute for burial near the graves of the ancestors. This may reflect the assimilation of native and Christian ideas governing the manner in which bones could legitimate sites. In early Irish law, swearing on saints' relics was common practice to secure agreements or to seal contracts. The language used suggests that this continued a custom of swearing in cemeteries, with the dead ancestor or saint essentially acting as a witness to the deal. I have outlined elsewhere how the practice of swearing oaths on relics became so prevalent that one of the Old Irish terms for a relic, minn (or mind), became the modern Irish term for oath, mionn.

There seems to have been less squeamishness concerning corpses in medieval Ireland. Some saint's tombs had openings in the form of holes or windows so that the bones were visible, or even within arm’s reach. This provided direct access for the faithful to the relics and intensified the intimate relationship between saint and pilgrim. It was believed that this amplified the efficacy of prayers and increased the likelihood of miracles. In the 1950s, bones and a skull were still visible through an opening in an early medieval saint’s tomb in Templecronan, Co. Clare, though they are no longer observable today.

Early Christians also desired to be buried next to the saints. It was believed that the saint ascended into heaven at the site of his/her bodily remains so the theory was that burial close to the saint would increase the chances of getting into heaven, as if the saint’s resurrection on Judgment Day would act like a vortex pulling other souls out of the ground with him/her. This custom of burial ad sanctos (next to the saints) increased at such a rate in the early Christian church that the most desired burial sites were a source of markedly unholy quarrelling, sometimes even resulting in physical bust–ups over the best grave sites.

Burial in the immediate vicinity of the saint was reserved for the most respected, and wealthiest, figures in the community

Eternal salvation did not come cheap and burial in the immediate vicinity of the saint was reserved for the most respected, and wealthiest, figures in the community. A poem on the graves of kings at Clonmacnoise glorifies the interment of important lay Christians, such as kings, close to the church and the tomb of saint. In the account of the life of St Munnu of Taghmon, burial in the vicinity of the saint was considered a rare privilege. In this text, the saint grants this honour to the donor of the land and stresses that all buried in the graveyard were assured of heaven.

Some medieval Irish churches and their communities were left in an awkward situation if their patron saint died in a different location. The composer of the "Life of St Cainnech of Aghaboe", potentially writing as early as the eighth century, came up with a curious way of dealing with such a predicament.

The story is told that the saint went on pilgrimage to Rome, converted an Italian king, and promised to be buried, and resurrected, in Italy. But his Irish community wanted Cainnech to be resurrected at home, so an angel of God intervened in order to bring Cainnech’s body back to Ireland. But what of Cainnech’s promise to the Italians? Simple — an obliging dragon was drafted in to remedy the situation!

The text claims "a fiery dragon came down from heaven, and cut off the end toe of the right foot of Cainnech. So, the holy man, fulfilling his promise, left his toe there and, in obedience to the word of the angel, he returned to Ireland". Cainnech’s dismembered mortal remains ensured his ability to bi-locate at the time of his resurrection. This year, please remember that corpses, the dead and eerie graveyards are for life, not just for Halloween! 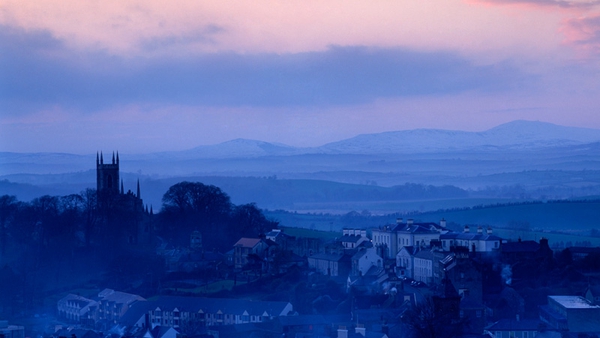 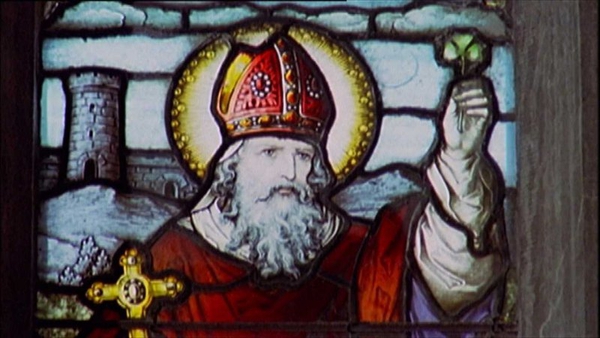 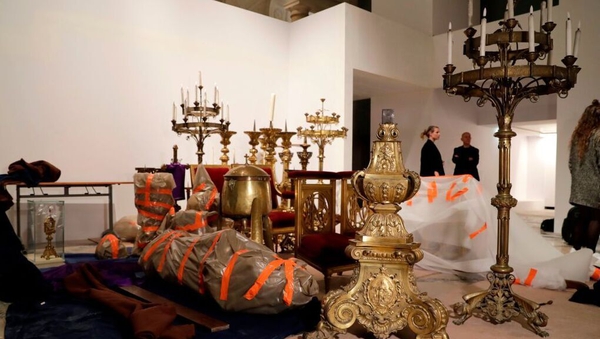