Opinion: mainstream unionist parties are paying heed to loyalist anger over Brexit and concern about a border poll

Brexit uncertainty triggered the Westminster elections, but the election campaign in Northern Ireland has turned into an increasing sectarian headcount. Once again, it is less about political manifestos and the future of the statelet but "us against them". Loyalists have increasingly put their weight into the campaign. Most recently, this month’s edition of the Ulster Defence Association-linked magazine of the Ulster Political Research Group (UPRG) urged unionists to vote for the DUP (and the UUP candidate in Fermanagh/South Tyrone) "regardless of how you voted in the June 16 referendum".

In consideration of the rising threat of militant republicans, all parties to the Brexit negotiations aimed to avoid any scenario that could be exploited by them. But Boris Johnson’s Brexit proposal, which introduced an arrangement similar to Theresa May’s backstop, provoking anger amongst Northern Irish loyalists. Influential loyalist commentator Jamie Bryson, the editor of the Unionist Voice, summed these sentiments up: "republicans have been rewarded yet again for threatening peace with the constant stream of Brexit concessions."

Following consultation with representatives of loyalists representing the UDA and the Ulster Volunteer Force (UVF), the DUP announced their opposition to the Johnson deal. For loyalists, the Johnson deal means an "economic deal with Ireland". Bryson summed up what loyalism means for him and like-minded unionists: "the one unifying objective within loyalism is to ensure that the union remains safe."

From RTÉ Radio 1's This Week, Sam McBride, Political Editor with the Belfast Newsletter, on a row between the two main unionist parties in Northern Ireland involving the UDA

In opposition to the Johnson deal, disaffected loyalists organised a series of town hall meetings in Belfast, Portadown and elsewhere. Hundreds attended each meeting, among those representatives of loyalist paramilitary factions such as the East Belfast UVF or the West Belfast UDA, and elected representatives and candidates of DUP and UUP. While some commentators, such as academic Peter Shirlow and South Belfast UDA leader Jackie McDonald, claim that these meetings merely represent a small minority within the Protestant, unionist, and loyalist communities, the regular attendance of DUP and UUP at these meetings demonstrates that they are taken seriously by unionist parties.

A return to violence?

Over the past weeks, chilling warnings from UVF members that they will protest against any special treatment of Northern Ireland after Brexit and the comment that bombs might "start going off in Limerick" by loyalist Robert Girvan in The Times, came as a shock to many commentators. On May 17th 1975, the UVF detonated car bombs in the Republic, killing 27 people and injuring over 300. Today, the organisation still controls parts of East Belfast and coastal towns in Counties Antrim and Down. Historian Brian Hanley writes that "in total, around 50 people died south of the border in loyalist attacks" in the 1970s. In January 2019, loyalists killed Ian Ogle in Belfast and almost two dozen people were arrested for loyalist activity this year alone.

In summer 2019, Stephen Matthews, the alleged leader of the UVF in East Belfast, met with the PSNI over bonfires. On February 11th 2018, the DUP consulted loyalists over the proposed Irish language act and loyalist leaders were also consulted over Johnson’s Brexit deal.

From RTÉ Radio 1's This Week, Rev Chris Hudson, who helped negotiate the UVF ceasefire in 2007, on how the current Brexit process might give them cause for concern

So far, loyalists put their weight behind the election campaign of the DUP. The DUP is facing the threat of losing two of their three Belfast seats to SDLP in the south and Sinn Féin in the north of the city. Hence, the loyalist protest meeting in South Belfast served to rally loyalist support behind Emma Little-Pengelly. In other parts of the city, banners were put up threatening nationalist candidates Claire Hanna and John Finucane. Recently, leaflets linking the Alliance Party with the IRA were distributed in East Belfast.

The last defenders of the Union

While commentators focus on the likelihood of militant republicans exploiting Brexit, the new proposal of Johnson and increasing talks of a border poll threaten the British identity of loyalists. As Jonathan Powell wrote in the Financial Times, "Johnson's Brexit deal brings a united Ireland closer."

For many loyalists, their identity is as central as their constitutional status within the UK. When the UVF declared its war to be over in May 2007, it stated that "the constitutional question has now been firmly settled" as "the principle of consent has been firmly established and (…) the Union remains safe."

Loyalists feel threatened by Sinn Féin's calls for a border poll. Nonetheless, the ultimate decision of a united Ireland is made by Britain as outlined in terms of the Good Friday Agreement. While the GFA offers the possibility for a referendum over unity, it can only be called by Britain; hence, the union is safe. In a new book, Liam Ó Ruairc sums up this contradiction: "Protestants, unionists and loyalists feel they have lost while the Union has been copper-fastened (through the GFA)."

From RTÉ Radio 1's Morning Ireland, research suggests that a return to violence in Northern Ireland is inevitable if a hard border results from Brexit

For English conservatives and Northern Irish unionists, Britishness means two different things. As long as the DUP and the wider community doesn’t understand this, there will be more times occurring when they will feel betrayed. The DUP has once been described as the "political wing of the 17th century", but they and the wider community might as well be the last defenders of the Union.

What happens after the elections?

The recent loyalist meetings in protest to the Brexit deal reflect the anger observed in winter 2013/14 during weeks of sometimes violent street protests over the decision to hoist the Union Jack over Belfast city hall merely on designated days. While street protests in the event of Brexit are likely, loyalists for now are focusing their energy on supporting DUP candidates in an increasingly sectarian headcount in the run-up to this week's election.

The vast majority of loyalists have no interest in a return to large-scale violence. However, the political instability might lead to the formation of small, radical group of "disenchanted loyalists" who are willing to pursue violence. This will be a likely outcome, if the DUP loses the election.

While Brexit certainly "could add fuel" to paramilitaries, it will not bring the Troubles or any form of larger-scale violence back. But it will further deepen the divisions in a society that has had no local government for almost three years. In this broken society, another generation of republicans and loyalists from deprived working-class areas will grow up not seeing a future for themselves within this system.

Dr Dieter Reinisch is a historian at the Institute for Advanced Study at Central European University Budapest and an Adjunct Professor in International Relations at Webster University Vienna. 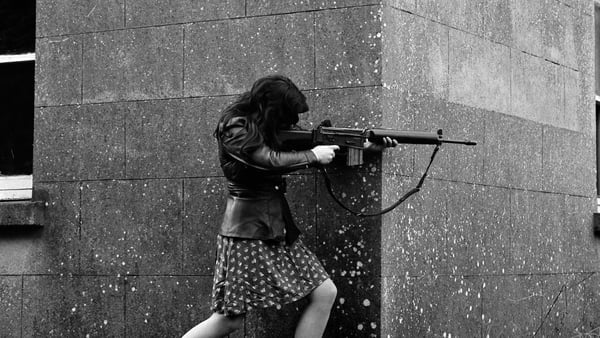 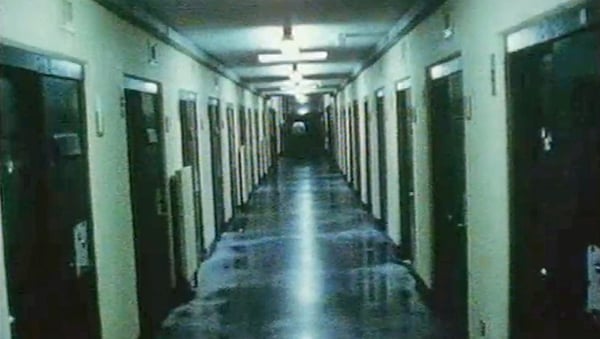 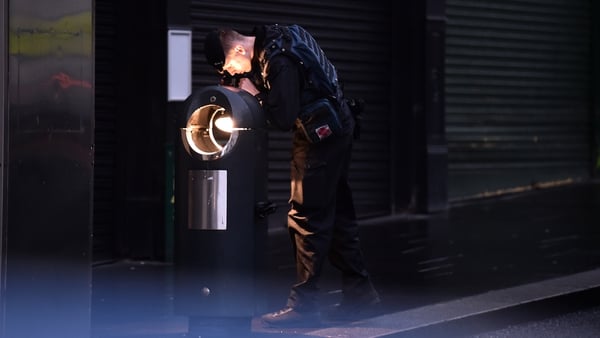